Stephanie Quayle hails from Montana, where she grew up on a buffalo farm. Previous singles were more pop-country, but her new single for indie label Rebel Engine Entertainment is a revelation.

Produced by Matt McClure, a fiddle introduces a very pretty, gentle melody. The song, written by Rachel Proctor and Victoria Banks, looks back wistfully to the glories of classic country music c. 1969, and the great female singers of that era. A lovely traditional fiddle-led arrangement perfectly complements it. Stephanie’s sweet voice is completely convincing as the girl longing to relive that time alongside Dolly Parton and her contemporaries, and getting some good advice from them:

I’d go drinking with Dolly after the Opry
Pour one for Tammy too
Put on my rhinestones
Paint up my nails
Kick off my dancing shoes
Hey there, Loretta
Put a quarter in the jukebox
We’ll sing along with you
We’ll raise up a glass
Wish Patsy could be there too
Talk about men cause that’s what women do

This is a true delight. I understand that Ms Quayle has an EP coming out soon, and I shall watch with interest for her future work.

Listen for yourself
https://www.youtube.com/watch?v=yFV0eqDO4dU and I highly recommend you download it from iTunes. 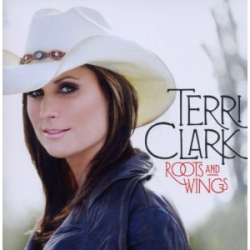 I was disappointed by Terri’s first EMI Canada release a couple of years ago, which I felt was over-produced with largely mediocre material, but she appears to have rediscovered her musical voice with her latest release. She produced the album herself, and the sound is mellow but not over-produced, although she does seem to be moving away from conventional country music. Her distinctive voice is at its best throughout.

She also co-wrote all but one of the songs. Four are co-writes with Kristen Hall (who also sings backing vocals), including lead single ‘Northern Girl’, which celebrates Terri’s Canadian background but is disappointingly bland. When Hall left Sugarland under rather murky circumstances, she stated she was intending to concentrate on her songwriting. ‘Beautiful And Broken’ is not very country sounding, but an interestingly written and beautifully sung song with slightly obscure lyrics full of imagery; it seems to be about a failed relationship with the broken individual, but the protagonist retains feelings of friendship and perhaps love. Also very metaphor-heavy, ‘Flowers In Snow’ explores an unproductive relationship. These songs are perhaps more modern folk/singer-songwriter than country, but they are very well done. The best of the four, ‘Breakin’ Up Thing’ has an enjoyable mid-tempo groove and wry lyric commenting on the protagonist’s about-to-be-ex-partner’s ease at leaving.

‘The Good Was Great’ is an affectionate look back at a past relationship which Terri wrote with Tia Sillers and Deric Ruttan. This is rather good, but I was less impressed by the rather dull and overly loud ‘Wrecking Ball’ which Terri and Tia wrote with fellow-Canadian Victoria Banks and which opens the album.

The best song on the album by far is ‘Lonesome’s Last Call’, a traditional slow lonesome country song about a couple of desperate individuals who come together to find love in a bar, written by Terri with the great Jim Rushing. Andrea Zonn and Stuart Duncan’s twin fiddles add to the effect, and I would have loved to hear more like this.  The very personal and beautifully sung ‘Smile’ (written with Karyn Rochelle and featuring Alison Krauss on not-very-audible harmony) is a loving tribute to Terri’s mother who died of cancer last year. This is very moving, and another highlight.

‘The One’ (written with Tom Shapiro and Jim Collins) has a mellow vibe and attractive tune about waiting for the right man, but the hook is the unoriginal:

I like the end result a lot, but it is more than a little reminiscent of Clint Back’s ‘The One She Can’t Live Without’, which has an almost identical chorus.  The only track I really don’t like is ‘We’re Here For A Good Time’, an over-produced and very poppy sounding cover of what I think must be a rock song from the 70s. It is Terri’s new single.

Where Terri’s first album for EMI Canada still seemed to be the product of hankering after mainstream success, this one shows her finding her own voice. It isn’t all moving in a direction I personally care for, but it effectively showcases Terri as an independent singer-songwriter. 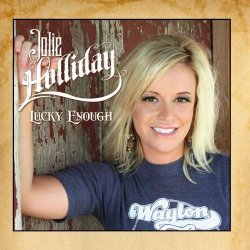 Dallas-born Jolie Holliday is a new discovery for me, although this is apparently her second release. Her soprano voice has a clarity of tone which is really lovely, and her approach is solidly country with at times folk overtones. Co-produced by the artist herself with Rob Matson and Hank Singer (the latter playing fiddle and mandolin), this album is a delight. The material is all pretty good, mostly coming from established country songwriters.

Opening track ‘I’m Coming Home To You’ (written by Stephanie Smith and Jeff Stevens) has a pretty, folky feel about longing for reunion with a loved one after time away. This promising start is followed by one of my favorite tracks, Marla Cannon and Karyn Rochelle’s ‘Better Off’. This is a great ballad advising a friend (or herself?) not to beg her man not to leave, as his departure will leave her better off in the long run:

So go on and get his suitcase
And help him pack it up
Girl, you ain’t losin’ nothing
You don’t need his kind of love

My absolute favourite track is ‘I’ll Try Anything’, the candid confession of a woman desperate to kill the pain of a broken heart by any means possible:

Jolie’s vocals are particularly impressive on this big ballad, belting out the big notes without oversinging, and holding back when necessary, The song was a single for its co-writer Amber Dotson a few years ago but I prefer the purity of Jolie’s voice on this song to Amber’s more jaded interpretation, which failed to reach the top 40, although both versions are worth hearing.