While it wasn’t a great year for country music, there were some definite signs of life, and some very good songs made their way across the airwaves. A few were even hits. Here are my favorite singles this year:

10. ‘Look It Up – Ashton Shepherd’
Ashton comes across like a modern Loretta Lynn in this scornful rejoinder to a cheating spouse. Forgiveness is not an option. Although it was a top 20 hit and just about her biggest to date, I expected more commercial success from this sassy number, written by Pistol Annie Angaleena Presley with Robert Ellis Orrall.

9. ‘Colder Weather’ – Zac Brown Band
The Georgia band is one of the most artistically adventurous acts in country music, and this is one of their finest records. A complex lyric depicts a couple separated by the man’s driving job; she seems keener than he does on their being together. It was inspired by co-writer Wyatt Durrette’s own thwarted romance with a girl who struggled with the travel demanded by a music career. The production neatly marries an understated piano-led first verse with rock elements as the protagonist’s emotions rise. It was another #1 hit for the band.

8. ‘In God’s Time’ – Randy Houser
Rich-voiced singer-songwriter Randy Houser released his finest effort to date this year with this gently understated expression of faith in God, whatever may happen. A gentle piano-led accompaniment provides effective support. This was intended to be the lead single for Houser’s third album for Show Dog Universal, but it did not do as well as hoped, and Houser has now left the label. He has since signed to indie label Broken Bow, so hopefully he will be able to continue releasing mauic of this caliber.

END_OF_DOCUMENT_TOKEN_TO_BE_REPLACED 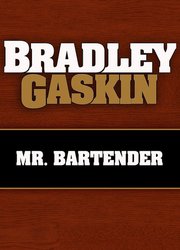 It’s quite a coincidence that just last week I wrote about “soundalike” artists. Little did I know that another was about to emerge. New Columbia artist Bradley Gaskin sounds very like Travis Tritt both in his general style and in his vocal inflections, although I think he has his own voice. On his MySpace he calls his music “Johnny Paycheck meets Keith Whitley”, and he is also influenced by Haggard and Jones – definitely a good basis.

He wrote the song himself with Vicky Walker, proving himself a fine songwriter as well as a great singer, and this is an extremely promising debut.

Opening a cappella, this is a very traditional broken-hearted honky-tonk ballad with some beef in the production. Gaskin is produced by John Rich, who discovered the Alabama-born singer when he won Rich’s Get Rich talent show, but Rich does a much better job than usual, providing a solid honky-tonk backing for Bradley’s rich baritone. The overall production is quite full at times, but it has light and shade, and Gaskin has the vocal power not to be overwhelmed. His expressive vocals ally that power with an emotionally convincing performance.

The lyrics offer a familiar picture of a heartbroken man hoping to kill the pain with a drink or two, but the song is very well put together, and the vocal delivery really sells the song. There’s just enough gloss to make it radio-friendly, in the vein of the early 90s and particularly the aforementioned Travis Tritt. I hope he can join Chris Young and Easton Corbin among the younger artists keeping country on country radio; he even has an advantage over them in his songwriting ability.

The label wasn’t actually planning to launch Bradley until May, but apparently he sang this song at the Country Radio Seminar in Nashville, brought the house down, and they decided to capitalize and have rush-released this to radio. Let’s hope it is as well received across the airwaves and launches a very talented artist to a successful career. I’ll certainly be keeping a keen eye out for more from this exciting new artist.