Here are some more songs from the 1980s that I liked and remember. See if you recall any of these records:

“Memory Machine“– Jack Quist
This 1982 song about a jukebox reached #52. I don’t know anything about Jack Quist other than that he originally was from Salt Lake City, but I am familiar with the song’s writer Ted Harris as he wrote such classics as “Paper Mansions” and “Crystal Chandeliers”.

“On Second Thought” – Eddie Rabbitt
Released in 1989, this song peaked at #1 in early 1990. This was Eddie’s most traditional sounding hit and my favorite of all of Eddie’s recordings.

“Don’t It Make Ya Wanna Dance” – Bonnie Raitt
This song was from the soundtrack of Urban Cowboy and reached #42.

Eddy had sixteen consecutive top ten records from 1984-1989. This song is my favorite although it only reached #3. Eddy would have five #1 records during the decade with “Joe Knows How To Live” and “Bayou Boys” being the biggest hits.

“She Got The Goldmine (I Got The Shaft)” – Jerry Reed
There are few artists that could get away with recording a song with such a title but Jerry Reed was that one of a kind who could. The song reached #1 in 1982, one of Jerry’s few #1 records. There are those who consider Jerry to have been the best guitar player ever (Chet Atkins among them). Jerry passed away a few years ago perhaps depriving the genre of its greatest all-around talent.

END_OF_DOCUMENT_TOKEN_TO_BE_REPLACED 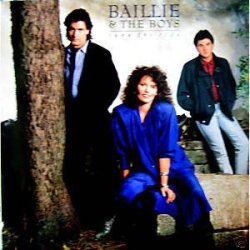 This article will focus on some artists who either had a very short period of great success or had an extended run of near-success. In other words, I cannot justify an entire article on any of them.

Deborah Allen was born in 1953 in Memphis, and probably has had greater success as a songwriter, having written hits for artists including Tanya Tucker, Sheena Easton and Janie Fricke. As a performer, RCA had the bright idea of dubbing her voice onto old Jim Reeves recordings to create duets. The three duets released as singles – “Don’t Let Me Cross Over,” “Oh, How I Miss You Tonight” and “Take Me In Your Arms And Hold Me” – all went Top 10 in 1979-80. As a solo artist, Allen charted 10 times with three Top 10 singles: “Baby I Lied” (1983–#4), “I’ve Been Wrong Before” (1984–#2) and “I Hurt For You” (1984–#10).

Baillie and The Boys were a late 80s act which charted 10 times between 1987 and 1991 before disappearing from the charts. Seven of their hit records went Top 10, with “(I Wish I Had A) Heart of Stone” (1989–#4) being the biggest. Kathie Baillie was the lead singer, and while initially a trio, the group became a duo in 1988 with few people able to tell the difference.

Debby Boone is one of two answers to a trivia question – name the two families that have had a #1 pop record in each of three consecutive generations. One answer is obvious – the Nelson family – big band leader Ozzie Nelson (“And Then Some”, 1935), Rick Nelson (“Poor Little Fool”, 1958 and “Traveling Man”, 1960) and Rick’s sons Gunnar and Matthew Nelson (recording, under the name Nelson, “Love and Affection”, 1990).
The Nelson family answer works top down and bottom up as the members of the chain are all blood relatives. In the case of Debby Boone’s family, it only works top down. Debby (“You Light Up My Life“, 1977), father Pat Boone (seven #1s from 1955-1961 including “Love Letters In The Sand“) and grandfather Red Foley – no blood relation to Pat Boone but a blood relation of Debby’s (“Chattanooga Shoeshine Boy”, 1950).

Debby Boone may be a direct direct descendant of the American pioneer Daniel Boone. She is distantly related to two stars of American television, Richard Boone (Have Gun, Will Travel, Hec Ramsey) and Randy Boone, (The Virginian and Cimarron Strip).

Enough with the trivia – Debby charted on the country charts thirteen times from 1977-1981 although most of those were pop records that happened to chart country. Starting in 1979 Debby started consciously recording for country markets. “My Heart Has A Mind Of Its Own” reached #11 in early 1979. The next three records did relatively nothing but the first single issued in 1980 “Are You On The Road To Loving Me Again” finally made it to the top. She would chart four more singles before turning to gospel/Christian music.

Larry Boone is best known as a songwriter, having cuts by Kathy Mattea, Don Williams, Tracy Lawrence, Rick Trevino, George Strait, Shenandoah, Marie Osmond and Lonestar. As a singer, he wasn’t terribly distinctive – sort of a George Strait-lite.  Boone charted 14 singles from 1986-93, with only 1988’s “Don’t Give Candy To A Stranger” reaching the Top 10. The other Top 20 singles were “I Just Called To Say Goodbye Again” and a remake of “Wine Me Up” – both of which reached their peak chart positions in 1989.

Dean Dillon charted 20 times from 1979-93, with his biggest hit being “Nobody In His Right Mind (Would’ve Left Her)” which reached #25 in November, 1980. During 1982 and 83, RCA paired Dillon with fading star Gary Stewart, hoping for the kind of magic that was later achieved when Kix Brooks and Ronnie Dunn were paired together. No real hits came of this collaboration, but the recordings were quite interesting and are available on CD.

Fortunately for Dillon, he is a far better songwriter than singer. His hits as a writer include George Jones’ “Tennessee Whiskey,” and more than a dozen George Strait Top 10s. In fact, Strait has recorded over 50 of Dillon’s songs, ensuring that the wolf will never again knock at Dean Dillon’s door.