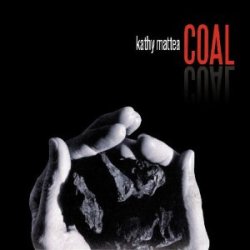 Kathleen Alice (Kathy) Mattea was born June 21, 1959, in South Charleston, West Virginia, the daughter of a coal miner and steeped in the lore and culture of the coal mines. While some think of her as a country singer and others regard her as folk, bluegrass or neo-Celtic, I prefer to think of Kathy Mattea as a quintessentially American singer and just leave it at that.

While Kathy had an extended run of top-twenty chart success running from 1986 to early 1993, Kathy’s records became increasingly more interesting once the focus on chart success subsided and she focused more on music she found interesting. With Coal, Kathy reached her career apogee, at least as far as artistic success is concerned.

Coal has always been a subject of great interest, whether to folklorists, economists or politicians. Coal is one of America’s greatest natural resources and the source of heated debate on how to mine it, how to utilize it and indeed whether or not to mine and utilize it all. While I have always been either an urban or suburban dweller, my grandfather, Otto Jetzork, was a coal miner who died at the young age of forty-three from “black lung” disease, so at a young age I started reading about coal miners and coal miners.

The lead-off track is “The L&N Don’t Stop Here In Anymore”, a Jean Ritchie composition that some may remember as the title track of a New Coon Creek Girls album from 1994. Quite a few artists have recorded the song including Johnny Cash. Kathy does an excellent job with the song which, with slightly modified lyrics, could apply to the fate of many company towns, whatever the industry

This is followed by another Jean Ritchie song, “Blue Diamond Mines”. I think I heard the Johnson Mountain Boys do this song on the radio but I wasn’t very familiar with the song; since I find Jean Ritchie’s voice rather annoying I’ve tended to avoid her recordings. Given the quality of these two songs, I may reconsider and seek out some of her recordings. Kathy, as always, is excellent. This track features vocal harmony by another Kentucky girl, Patty Loveless: