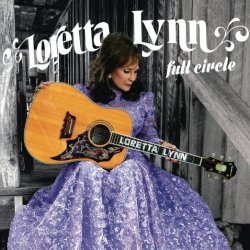 All in all, 2016 was a good year for country album releases. Last year when compiling my top picks, I had trouble coming up with ten albums that I liked. This year, I had to actually pare the list down a little bit. As usual, there are some familiar names on my list as well as a few more obscure ones. None of them, however, will be heard on mainstream country radio.

10. Tracy Byrd — All American Texan. Tracy Byrd’s first collection of all-new material in nearly a decade is a solid collection that is reminiscent of his better major label work, but without the plethora of novelty tunes that chipped away at his credibility in his hit making days.

9. Travis Tritt — A Man and His Guitar. A live “unplugged” concert recording, this collection proves that minimalist arrangements do nothing to detract from the enjoyment derived from listening to a talented vocalist singing well-written songs.

8. Randy Rogers Band — Nothing Shines Like Neon. The Randy Rogers Band returned to its indie roots this year, after a decade of chasing the big time with the major labels. This is a highly enjoyable collection that features guest stars such as Alison Krauss, Dan Tyminski, Jamey Johnson, and Jerry Jeff Walker, that is only slightly marred by a couple of MOR song selections.

7. The Cactus Blossoms — You’re Dreaming. This sibling act from Minnesota is reminiscent of The Everly Brothers with a dash of The Louvin Brothers thrown into the mix. The production is stripped down, which really allows their harmonies to shine.

6. Willie Nelson — For The Good Times: A Tribute to Ray Price. 83-year-old Willie Nelson is way past his vocal peak and nowhere near the league of the man to whom he is paying tribute, but his sincerity in paying homage to his fallen friend — as well as some support from The Time Jumpers — helps this collection overcome Willie’s vocal shortcomings.

5. Mark Chesnutt — Tradition Lives. Like Tracy Byrd, Mark Chesnutt returned this year following a lengthy gap since his last album. Tradition Lives was well worth the wait, since it is arguably his best album since he left the major labels. “Is It Still Cheating” and “So You Can’t Hurt Me Anymore” are particularly good.

4. Dolly Parton — Pure & Simple. Dolly isn’t exactly breaking new ground with her latest effort, which consists of some new material, some re-recordings of some old material, and a rewritten version of a 1984 hit (“God Won’t Get You” now known as “Can’t Be That Wrong”), but everything is well performed, and the brand new title track, inspired by her recent 50th wedding anniversary, is excellent.

3. The Time Jumpers — Kid Sister. The Nashville-based Western Swing band’s latest effort is in large part a tribute to the late Dawn Sears, and is a delight to listen to from start to finish.

2. Joey + Rory — Hymns That Are Important to Us. 2016 will go down in the history books as one that saw the deaths of an unusually high number of music legends. None were as heartbreaking as the passing of Joey Martin Feek, who lost her hard-fought battle with cancer in March. This collection of religious tunes was recorded while she was undergoing treatments for her disease. The songs all succeed on their own merit, but it’s difficult, if not impossible, to separate one’s feelings about the album from the circumstances under which it was made. It will simultaneously inspire and sadden you.

1. Loretta Lynn — Full Circle. Loretta Lynn’s first new album since 2004’s Van Lear Rose was without a doubt country music’s highlight of the year. Produced by her daughter Patsy Russell and John Carter Cash, it is the first of a series of new albums planned under a new deal with Sony Legacy. She sounds terrific on the new material, as well as the re-recordings of some old hits and covers of some pop and country standards. Highly recommended. 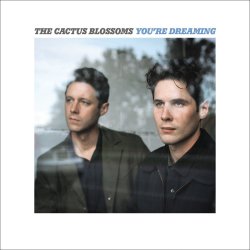 The Cactus Blossoms are Jack Torrey and Page Burkum, a pair of brothers from Minneapolis who discovered a deep love for the country music of the 1950s and formed their duo in2009. Their fresh, timeless music is something like a mixture of the Louvin Brothers and the Everlys. This album,their first for Red House records after a couple of self-releases, was recorded in live takes in Chicago with simple, stripped down arrangements allowing their sibling harmonies to take center stage. Oklahoma singer-songwriter J D McPherson (a Rounder artist also worth checking out) produces sympathetically.

Their material is mostly written by Jack Torrey, one of the brothers (he changed his stage name), who writes literate, poetic lyrics and delicate, pretty. melodies, which work petrfectly with the close sibling harmonies. The opening ‘Stoplight Kisses’, which was a single last year, is an engaging upbeat number remiscent of the Everly Brothers.

The title track is a dreamy ballad which is rather lovely. Equally sweet is the gently romantic ‘Queen Of Them All’. ‘Mississippi’ is mellow and atmospheric.

‘Clown Collector’ picks up the pace a bit, but while a solid tune, is the least effective track on a very good album.

There is another change of mood with the wailing hillbilly blues of ‘Change Your Ways Or Die’, which is one of my favourite tracks, and sounds like something Hank Williams might have written:

You’ve got to change your ways or die…

Also downbeat lyrically, but more gentle in its sound, is ‘If I Can’t Win’. The very pretty ‘Adios Maria’ is a sad story song about love and loss remiscent of Marty Robbins.

Brother Page Burkum contributed one tune – the beautiful, languid love song ‘Powder Blue’. There is one cover thrown in, ‘No More Crying The Blues’, a rockabilly tune from 1959, written and originally recorded by Sun duo Alton & Jimmy. The song works well and offers a nice change of pace.

The album closes with the wistfully valedictory ‘Traveler’s Prayer’.

I strongly recommend this album to anyone who like their country music subtle.

The duo is touring in northern states this month, some dates supporting Kacey Musgraves.