Single Review: Star de Azlan – ‘A Man Who Can Dance’

Curb artist Star de Azlan made an immediate impression on me with her debut single ‘She’s Pretty’ a few years back. The Hispanic singer followed that up with the pretty ‘Like A Rose’, but neither single performed as well as they deserved. She was one of the artists I mentioned at the beginning of January as someone I was hoping to hear from this year, and sooner than I expected, her latest single has emerged.

It opens nicely as rather a charming story song about a girl who moves from Texas to California. The beautiful Carmelita wants a man who can dance (and mostly Latin styled dance at that). She rejects various eligible suitors (a rancher and a banker) for their lack of rhythm on the dance floor, eventually finding Charlie, who is no looker, but he hooks Carmelita through his dance skills. This sounds as though it’s made for a video. Sadly, the story fizzles out after that, and Star relapses into a general demand that “we” want a man who can dance, which feels a bit pointless.

The production is a bit busy at times, the rhythms lightly (and appropriately) reflecting the Latin dance styles the lyrics reference. It definitely has a little more of a Spanish flavor than her previous singles, and a Spanish-language version is also being released (‘Chicos Que Sepan Bailar’, which I think translates as the plural ‘boys who can dance’, which has a slightly different emphasis). The English version also has a Spanish phrase at the end. Star’s vocals sound a bit anonymous on the English version but she shows some personality with the odd interjected laugh and a trilled “r” when she sings about rumba. The Spanish version sounds more passionate vocally for some reason.

I wasn’t crazy about this song when I first heard it, but repeated listens let its charms grow on me. I feel Star is worthy of better songs (like the wonderful ‘She’s Pretty’), but perhaps this has more of a chance of getting airplay, and increases the chances of someday getting a full album release.

Listen to both English and Spanish versions (and Star’s two previous singles) streaming on her myspace.

Something to look forward to 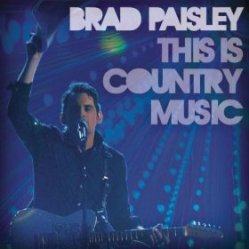 We spent part of last month rounding up the best and worst of 2010. Now we’re into a brand new year, it’s time to start looking forward again, and wondering what the year ahead may hold in store.

Newly crowned CMA Entertainer of the Year Brad Paisley’s This is Country Music has a release date in March, with the lead single already on its way up the charts. Current Arista labelmate Alan Jackson is reportedly considering his future options now that he has fulfilled his obligations to the label, and perhaps we will see him moving to pastures new like Martina McBride and Trace Adkins, although either way I don’t really expect a new album from him this year. Ronnie Dunn has already been into the studios for his contribution to the Country Strong soundtrack, and is working on his solo album. I doubt he can expect Brooks & Dunn levels of success for this, even if he was the voice of the duo’s hits, but I’m looking forward to hearing what he comes up with.

The Sony group has relied on American Idol to pick up new artists with a built-in fanbase for several years; this tie-in has now ended, with the group now planning to be associated with Simon Cowell’s rival X Factor show (launching in the fall), and the Idol link now picked up by the Universal Music Group (country imprints are MCA and Mercury). The most successful of these signings is of course Carrie Underwood, whose pattern of releases to date suggests a new album at the end of 2011. I don’t expect any change in direction from her high-energy pop-based style, but more intriguing are the things Kellie Pickler has been saying about her third album being more firmly rooted in traditional country music. I haven’t been particularly impressed by her music to date, but I’m willing to keep an open mind. The latest Idol alumnus to go country after the show is Texan Casey James, who finished third on last year’s Idol and is now with BNA (as the Casey James Band); his roots seem to be more blues than country but he may be worth watching out for. RCA will be releasing a second album from the previous year’s third place finisher Danny Gokey; his debut sold pretty well but failed to set the radio alight or to connect with more traditional country fans.

RCA has lost one of its superstar acts in the form of Martina McBride. It will be interesting to see what (if any) effect Martina’s move to Republic Nashville has on her music: a determined attempt to regain the limelight following the relative under-performance of her last album and recent singles by appealing to modern radio tastes a la Reba’s recent work, an artistic resurgence, or just more of the same? Sunny Sweeney’s Republic debut is also keenly anticipated.

Sticking with RCA, Sara Evans’s long-delayed new album (originally announced for January 2010) is now due to come out in March, taking its title, Stronger, from her Country Strong cut, which is rising up the charts. Again, we’ll have to wait to see if she is trying to get radio play by concentrating on her pop crossover style, or returning to her country roots. I suspect the former, particularly since she has been working with Taylor Swift’s producer Nathan Chapman. My favorite RCA artist at the moment is Chris Young, and I hope he will be back in the studios this year, as his breakthrough second album was released in September 2009. I feel his material to date has (with a few exceptions) not been worthy of his great voice, and I hope that now he can claim two #1 hits, he can demand the very best of what Nashville’s songwriters have to offer.

Reigning CMA Male and Female Vocalists of the Year Blake Shelton and Miranda Lambert have a wedding to plan, but Miranda in particular will be expected to produce a follow-up to her acclaimed 2009 release, Revolution. Blake divided his 2010 output into two “Sixpak” EPs (neither of them very good, the first producing just one single), and it will be interesting to see if he sticks with this template or reverts to a fullscale album in future.

I hope this will be the year Ashton Shepherd finally breaks through commercially. The prolific George Strait tends to release an album a year, so with nothing new in 2010 he is overdue for a new album. Joe Nichols has a Greatest Hits set out soon, so I assume Show Dog Universal has stopped promoting 2009’s Old Things New, and perhaps we can look forward to something new later in the year. But the artist I’m most hoping for new music from is Lee Ann Womack, especially after her stellar contribution to the Country Strong soundtrack.

Over at Curb, it seems that Tim McGraw may finally be out of his contract. LeAnn Rimes’s Vince Gill-produced covers set was supposed to be released last year, but may appear this year, although I’m not inspired by what we’ve heard so far. Heidi Newfield is also supposedly due to have her second solo effort for the label out this year. I’d like to hear more from talented duo Martin Ramey and Star de Azlan, but as it’s Curb I’m not exactly holding my breath in anticipation.

One of my favorite artists, Randy Travis is celebrating the 25th anniversary of his groundbreaking Storms Of Life with his second duets album, the success of which will depend partly on the choice of duet partners. Legends who have new music in the works include Dolly Parton and Charley Pride. And of course, I’m also hoping to hear some great music from new acts.

What are you most looking forward to this year?

Inevitably, anyone’s list of their favorite singles of the decade is going to be more mainstream-oriented than one of the best albums over the same period, just because independent artists are less likely to get their singles played on radio, and they tend to release fewer. My list doesn’t consist solely of hits, but a good proportion did get the success they deserved.

Martina recruited Dolly Parton to sing harmonies on her cover of this Johnny Cash classic on her Timeless album in 2006. It didn’t appeal to country radio, but it is a lovely recording.

49. How Do You Like Me Now?! – Toby Keith
The only song where Toby Keith managed to exercise his giant ego yet seem appealing at the same time. This #1 hit from 2000 is meanspirited but somehow irresistible. The video’s a bit heavy-handed, though.

48. I Hope You Dance – Lee Ann Womack
The enormous crossover success of Lee Ann’s signature song in 2000 set her on the wrong path musically for a while, but that doesn’t detract from the song itself, a lovely touching offering to LeeAnn’s daughter, featuring additional vocals from the Sons of the Desert.

47. You Shouldn’t Kiss Me Like This – Toby Keith
Toby is a very hit-and-miss artist for me, but he makes his second apearance in this list with my favorite of his singles, the tender realization on the dancefloor that a friend might be turning into a romantic interest. It was another #1 hit, this time in 2001. It has another terribly conceived video, though.

Tracy Byrd recruited Blake Shelton, Andy Griggs and Montgomery Gentry to sing on this comic song about gender differences. Of course it’s not universally true – but it’s quite true enough to be funny. The single was a #13 hit in 2003, and is one of the few singles of recent years to inspire an answer song – Terri Clark’s ‘Girls Lie Too’, which was an even bigger hit the following year but has worn less well.

45. I Wish – Jo Dee Messina
Jo Dee Messina’s glossy pop-country was very accomplished but not always to my taste. But I did love this relatively subdued ballad which appeared only on her Greatest Hits album in 2003, and reached #15 on Billboard, with its neat twist as the protagonist bravely wishes her ex best, before admitting, “I wish you still loved me”.

44. Does My Ring Burn Your Finger – Lee Ann Womack
This biting reproach to a cheating spouse, written by Buddy and Julie Miller, was the best moment on Lee Ann’s bigselling I Hope You Dance. It was the least successful single from it, however, only reaching #23 in 2001.

43. Long Black Train – Josh Turner
Josh is one of the few traditionally oriented artists currently on a major label, although he has often recorded material which is not quite worthy of his resonant deep voice. His debut single was a heavily allusive religious song about sin which, although it only got to #13 in 2003, really established him as a star.

42. One More Day – Diamond Rio
A #1 hit from 2001 about bereavement and longing for more time with the loved one who has been lost, this touching song has heartfelt vocals and lovely harmonies from one of the best groups in country music over the past 20 years.

A classy ballad about hoping for better luck in love from two of the best mainstream singers around, this reached #15 in 2008, but should have been a #1.

40. I Still Sing This Way – Daryle Singletary
In 2002 Daryle had a single out called ‘That’s Why I Sing This Way’ (written by Max D Barnes) declaring himself a real country singer (“Mama whupped me with a George Jones record, that’s why I sing this way”). Five years later Daryle himself co-wrote this sequel, which I like even more, as he looks wryly at the music industry’s demands for glitz and glamor. He tells his manager he’s fine with a change of image – but he can’t change the way he sings.