Leave a comment Posted by Occasional Hope on September 12, 2013

Chicago-based singer-songwriter Robbie Fulks has long skated along the boundaries between alt-country and retro-hillbilly with an often-ironic, sometimes-serious slant. The width, and sometimes, eccentricity, of his artistic vision has made his work a bit hit and miss for me, but his latest effort is by far my favourite of everything he has recorded, and he is taking things seriously here.

For the bulk of this album his inspiration is the deepest roots of country music. The arrangements are mainly acoustic, some with a bluegrass feel, others with an older sound. There are some well-written thoughtful songs, and while Fulks isn’t the best vocalist he is perfectly capable on this kind of material. There are a couple of traditional instrumentals which fit in nicely with the new songs, all written by Fulks. The musicians in general do stellar work, with some particularly fine fiddle from Jenny Scheinman.

The outstanding track is the opening ‘I’ll Trade You Money For Wine’. The song is written from the point of view of a once-wealthy alcoholic who has lost everything, and is a masterpiece . The post-divorce ‘When You Get To The Bottom’ is also excellent, with close harmony from Ron Spears giving it a classic country feel.

‘Sometimes The Grass Is Really Greener’ is a very good straight bluegrass song, reminding us that Fulks started out in bluegrass band Special Consensus. It tells the story of a bluegrass musician from the Blue Ridge Mountains who seeks success in the city, only to find,

Also very much in a traditional bluegrass vein is the lovely story song ‘Rose Of The Summer’, with more fine harmonies. The high lonesome ‘Long I Ride’ is another very authentic sounding song musically with Celtic influences in the backing.

The gentle ‘That’s Where I’m From’ is how to write a thoughtful, resonant song with real depth about growing up in the country. The more downbeat ‘Where I Fell’ reports a small town’s decline with a wearied, clear-eyed honesty and a very stripped down backing.

‘Guess I Got It Wrong’ has a singer-songwriter country-folk feel, in the vein of Townes Van Zandt. A quietly understated melody and chastened lyric about finding love doesn’t work out.

The very slow and stripped down ‘Imogene’ has less appeal to me, although it is certainly interesting; it seems more redolent of 1920s jazz than country. ‘The Many Disguises Of God’ plods musically with some rather weird and ugly experimental sounds which didn’t work for me at all; it also sounds as though it was recorded in too low a key for Fulks’s voice.

Overall, however, this mature work is the best thing Fulks has done to date. 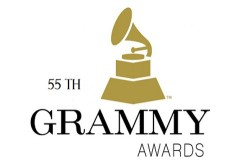 It’s that time of year again, to celebrate music’s biggest night. The 55th Grammy Awards are set to air this Sunday on CBS. In a rather surprising move, it’s the females who’ll be representing our genre at the show. Carrie Underwood, Taylor Swift, and Miranda Lambert are all slated to perform, with Lambert teaming up with her ‘Locked and Reloaded’ tour partner Dierks Bentley for a special collaboration. The country nominees are below, and it turns out they’re much stronger than was expected. The Recording Academy seems to have found a happy medium between commercial and artistic popularity. We’ll have to see if any of the artistic nominees (Jamey Johnson, The Time Jumpers, and others) will prevail against their commercial contemporaries. Predictions are below: