Leave a comment Posted by Occasional Hope on February 25, 2014 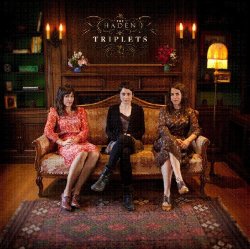 The New York born and LA based sisters, Petra, Tanya and Rachel Haden, daughters of a jazz musician, have been around for years, mainly performing cameos on rock albums. But taking center stage for the first time, their debut album produced by Ry Cooder, showcases their sibling harmonies on the old-time country and folk material they heard from relatives in their childhood. Their grandparents were among the earliest Opry performers and were friends and rivals of the Carter Family, with their own radio show based on the family farm in Missouri.

The triplets open with the enchantingly pretty version of the Webb Pierce country classic ‘Slowly’, performed with delicate harmonies. This outstanding track is wonderful, and my favourite track here.

One of my favorite Carter Family songs, the plaintive ‘Single Girl, Married Girl’, is also very charming, and is being promoted as a single. Another Carter family classic, ‘Will You Miss Me When I’m Gone’ is carefully measured, with Cooder adding a booming male backing vocal in support. Also from the Carters’ songbook, the less known and more rhythmic ‘Oh Take Me Back’ picks up the tempo

The women’s high sweet harmonies are suitably angelic on Bill Monroe’s gospel waltz ‘Voice From On High’, which is a highlight. Monroe’s graveyard-set ‘Memories Of Mother And Dad’ is less remarkable, but still solid.

Their winsome versions of the Louvins’ ‘My Baby’s Gone’ and ‘When I Stop Dreaming’ are both gorgeous, and perfectly suited to the trio. Their lesser-known tragic tale ‘Tiny Broken Heart’ is another charming track.

The Stanley Brothers’ mournful ‘Lonesome Night’ is delivered at a slow and stately pace, with particularly beautiful guitar work from Cooder, whose work is tasteful and exemplary throughout. They don’t change the lyric, which is written from a male perspective, which makes the interpretation sound like a ghostly one.

The playful ‘Billy Bee’ is performed almost acappella with very faint strains of music very low in the mix.

One of the few disappointments is country standard ‘Making Believe’, a beautiful song but here the vocals are a little too self-consciously pretty and not emotional enough. I just didn’t believe it. Finally, the most modern song, Nick Lowe’s ‘Raining Raining’ is just okay, with an ethereal lead vocal from Tanya, but it does feel out of place.

Overall, though, this is a delightful album for lovers of the oldest recorded country music.

It’s that time of year again, to celebrate music’s biggest night. The 55th Grammy Awards are set to air this Sunday on CBS. In a rather surprising move, it’s the females who’ll be representing our genre at the show. Carrie Underwood, Taylor Swift, and Miranda Lambert are all slated to perform, with Lambert teaming up with her ‘Locked and Reloaded’ tour partner Dierks Bentley for a special collaboration. The country nominees are below, and it turns out they’re much stronger than was expected. The Recording Academy seems to have found a happy medium between commercial and artistic popularity. We’ll have to see if any of the artistic nominees (Jamey Johnson, The Time Jumpers, and others) will prevail against their commercial contemporaries. Predictions are below:

END_OF_DOCUMENT_TOKEN_TO_BE_REPLACED 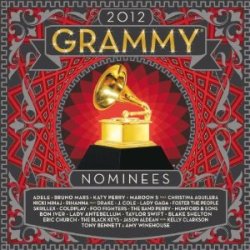 The Grammy awards are probably the world’s most prestigious cross-genre awards in the word of music, although within country music the CMA and ACM awards hold greater weight. The significance of the Grammies has been further affected this year with the contraction in the number of categories of interest to country fans. But awards shows offer a way of taking stock once every few months regarding the genre as a whole, particularly the more mainstream end. In a few days, we’ll learn who has won this year’s awards. In the meantime, here are our predictions:

This new category combines the former nods to performances by male and female vocalists.

Razor X: I can’t remember the last time I came across a more underwhelming list of nominees. “Honey Bee” is the only one on the list that I can tolerate, but it doesn’t seem like the sort of song that usually wins Grammys. I think Taylor Swift and Carrie Underwood are the two real contenders here; I’ll predict that Underwood will win.

Occasional Hope: A remarkably uninspiring lineup in this category. I suppose by default my vote (if I had one) would have gone to Blake Shelton. Carrie Underwood’s song is well-meaning but bland; Martina McBride’s is the epitome of emotional manipulation; Jason Aldean’s record is horrible; and Taylor Swift’s song has nice production for once, but the lyric collapses into juvenile namecalling (and I’m afraid I’m still unimpressed by her vocal ability). That leaves Blake Shelton with a slight but not unlistenable song, making it my lukewarm favorite by default. Who will actually win it? The Grammy voting pool is a bit different from the specialist country awards shows, so I’m going to predict Taylor Swift as although Aldean has had a big breakthrough over the past couple of years, I think his lack of cross-genre name recognition will limit his appeal to voters. He, Swift and Blake Shelton all have performance slots on the show (Blake as part of a Glen Campbell tribute and Jason Aldean revisitng his duet with Kelly Clarkson), which could be an indication that the battle is between these three.

Jonathan Pappalardo: It seems as though the Grammy organization can’t win. If they go by artistic merits they’re deemed out of touch with reality. If they go with what’s popular, they’re deemed too mainstream. For my tastes these nominees are awful. There isn’t a song here I can get excited about, apart from Taylor Swift’s “Mean.” If she has to win an award this year, let it be this one.