Leave a comment Posted by Occasional Hope on May 27, 2019 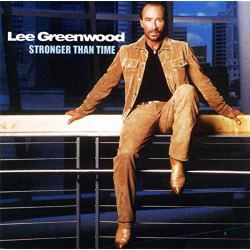 Lee Greenwood’s most recent studio album was released in 2003 on Curb Records.

Three singles were issued, none of which charted. The first, ‘Rocks That You Can’t Move’, is a nice song about a Wise Old Man sharing his hard-earned wisdom with the protagonist as a child, a popular trope given a slight, and pointed, twist by making the old man a hard working African American farmer:

He’d say, “life is full of fertile ground
But it takes a little rain to make things grow
And when it comes to harvest time
We’re all bound to reap just what we sow
So the best that I can tell you, boy,
Is always do the best that you can do
Move the rocks and plow your fields
And plow between the rocks that you can’t move”

Greenwood makes the story (written by Rob Crosby and Will Rambeaux) believable, and a nicely understated production works really well.

A remake of ‘God Bless The USA’ also failed to make any headway, despite being released at the time of the US invasion of Iraq. Lee’s performance is heartfelt, and he is backed by the Fisk Jubilee Singers, a storied black gospel choir who add a sense of universality without overwhelming the song. I think I prefer this arrangement to the original.

The third and last single was ‘When A Woman’s In Love’, a pleasant sounding if not very memorable ballad.

The best song is ‘Beautiful Lies’, a sweetly sung ballad written by Gary Burr about denial. Another highlight is ‘Cornfield Cadillac’, written by Terri Argot, with a pretty melody and tender recollection of teenage love. ‘Round Here’ is quite good, a pleasant song about a cozy small-town community.

The title track, ‘Love Is Stronger Than Time’, a romantic AC big ballad written by Chris Lindsey, Bill Luther and Bob Regan, is emotionally sung but a bit bland. Similar but more more effective is the Greg Barnhill-penned ‘It Almost Makes Me Glad’, in which the protagonist sees his ex happier in her new relationship.

‘One Life To Love’ and ‘I Will Not Go Quietly’ are dull ballads.

This is an album which will appeal to Greenwood’s established fanbase.

Leave a comment Posted by Jonathan Pappalardo on May 12, 2019 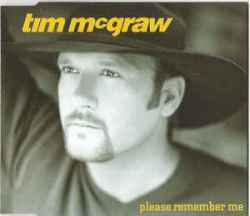 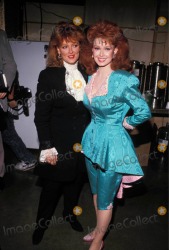 Leave a comment Posted by Jonathan Pappalardo on March 11, 2018 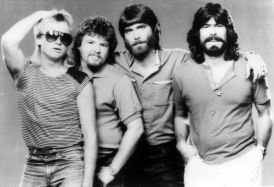 Leave a comment Posted by Jonathan Pappalardo on March 4, 2018 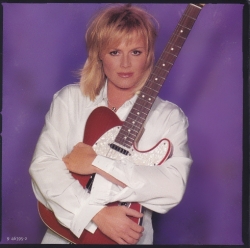 1988: I Won’t Take Less Than Your Love — Tanya Tucker with Paul Davis and Paul Overstreet (Capitol)

1998: What If I Said — Anita Cochran with Steve Wariner (Warner Bros. Nashville) 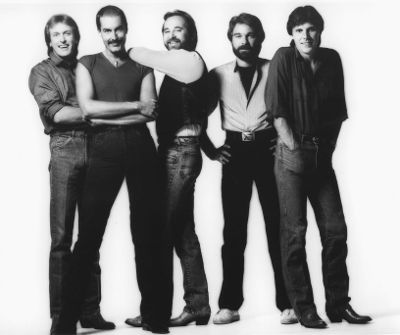 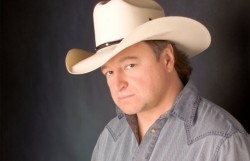 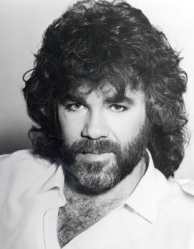 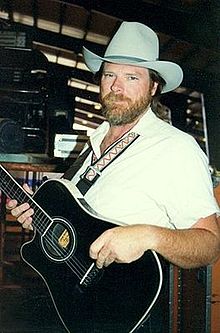 Leave a comment Posted by Razor X on September 4, 2016 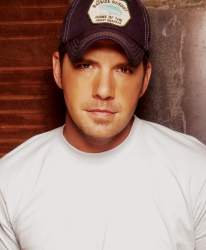 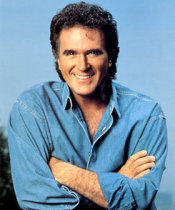 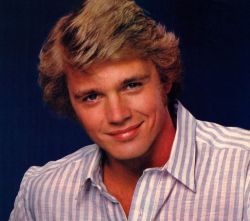 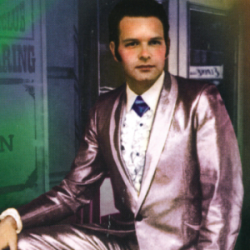 Here are five songs I’ve been playing a lot recently… 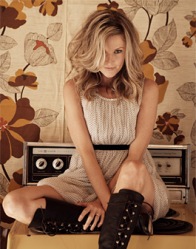 Elizabeth Cook – “Sometimes It Takes Balls to Be a Woman” … I’ve been re-watching my Weeds DVDs in anticipation of season eight’s premiere (it’s this Sunday!) and thanks to the show’s excellent taste in and use of popular music, I was reminded of the sorta-title track to Cook’s 2007 Rodney Crowell-produced album. This bit of raucous ear candy is bitingly funny in its flippant take on the old gender double standards.  Even if it’s not your style, it’s worth a spin if only to hear the lady sing the word “honey”. It’s great.

Waylon Jennings – “You Asked Me To” … I’ve been adding to my limited Waylon Jennings collection lately. After I got a copy of Waylon’s Honky Tonk Heroes set, it was this top 10 hit I kept spinning. It’s a straightforward confessional from a man devoted to the woman he loves and his lack of regard for much else. Because it’s Waylon, it comes with a powerful bass line and plenty of the singer’s strong-jaw personality . Co-writer Billy Joe Shaver later recorded it with Willie Nelson and Elvis even took a shot at it, but Waylon owns this one outright.

Carrie Underwood – “Wine After Whiskey” … I hope the Carrie Underwood camp releases this to radio at some point. It has all the elements of my favorite classic country music: a tale of lost love told with an alcohol metaphor. Underwood turns in an unusually understated performance on this track she co-wrote with Dave Berg (of current Rodney Atkins’ hits fame) and heavy hitter Tom Shapiro, and the steel guitar flourishes almost make up for the lack of fiddles.

Dwight Yoakam – “Intentional Heartache” … Woman scorned, gets pissed, takes revenge. Not so much an original concept. But one should never underestimate Dwight Yoakam’s ability to make a retro theme sound like the first time you heard it. Could be because in this snide tale of said scorned woman motoring to North Carolina to return her man’s prized possessions – “boots, Bud cap, and signed Dale Jr. poster” (but not before spraypainting them and his Monte Carlo neon green) – Yoakam sounds positively delighted to not be on the receiving end this time. That’s my theory.  And a blistering bluegrass meets rockabilly band jams while it all happens.

Reba & Kelly Clarkson – “Up to the Mountain (Live in Dayton, Ohio)” … I was at this show, but I didn’t capture this video. On their 2 Worlds, 2 Voices Tour, the two spent the entire evening turning their respective hits into duets. The result was a vocal showdown of shouting and warbling for the most part. But they kept their showboating to a minimum on this verse-trading number (and a few others) and with a simple piano backdrop turn in a definitive performance of my favorite Patty Griffin song.

What’s your current fancy on your chosen listening device? 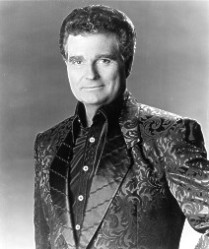 Album Review: Kim Williams – ‘The Reason That I Sing’ 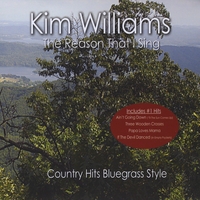 I’ve mentioned before that I always enjoy hearing songwriters’ own interpretations of songs which they have written for other artists. The latest example comes from Kim Williams, a name you should recognize if you pay attention to the songwriting credits. Kim has been responsible for no fewer than 16 number 1 hits, and many more hit singles and album tracks over the past 20 years. Now he has released an album containing his versions of many of his big hits, together with some less familiar material.

The album is sub-titled Country Hits Bluegrass Style, although the overall feel of the record is more acoustic country with bluegrass instrumentation provided by some of the best bluegrass musicians around: Tim Stafford (who produces the set) on guitar, Ron Stewart on fiddle and banjo, Adam Steffey on mndolin, Rob Ickes on dobro, and Barry Bales on bass, with Steve Gulley and Tim Stafford providing harmony vocals. Kim’s voice is gruff but tuneful, and while he cannot compare vocally to most of those who have taken his songs to chart success, he does have a warmth and sincerity which really does add something to the songs he has picked on this album.

Kim includes three of the songs he has written for and with Garth Brooks, all from the first few years of the latter’s career. ‘Ain’t Going Down (Til The Sun Comes Up’), a #1 for Garth in 1993, provides a lively opening to the album, although it is one of the less successful tracks, lacking the original’s hyperactivity while not being a compelling or very melodic song in its own right. ‘Papa Loved Mama’ is taken at a slightly brisker pace than the hit version, and is less melodramatic as a result – neither better nor worse, but refreshingly different. ‘New Way To Fly’, which was recorded by Garth on No Fences, also feels more down to earth and less intense than the original, again with a very pleasing effect.

The other artist whose repertoire is represented more than once here is Joe Diffie. The lively western swing of ‘If The Devil Danced In Empty Pockets’ (written with Ken Spooner) with its newly topical theme of being well and truly broke is fun. Although ‘Goodnight Sweetheart’ (from the 1992 album Regular Joe) was never released as a single, this tender ballad about separation from a loved one has always been one of my favorite Joe Diffie recordings. Kim’s low-key, intimate version wisely avoids competing vocally, but succeeds in its own way.

One of my favorite hit singles this decade was ‘Three Wooden Crosses’, a #1 hit for Randy Travis in 2002, which Kim wrote with Doug Johnson. A movie based on the story is apparently in development. I still love Randy’s version, but while Kim is far from the vocalist Randy is, this recording stands up on its own terms, with an emotional honesty in Kim’s delivery which brings new life to the story.

END_OF_DOCUMENT_TOKEN_TO_BE_REPLACED

A fearless look at lists

So among critics and bloggers alike, it’s usually cool to blast “list songs” as being lazy excuses for songwriting right? I’m sure by now you guys have heard the song “It’s America” by Rodney Atkins (I envy those that have not heard it yet…)? Well songs like that give list songs a bad name- it’s lazy and uncoordinated pandering. However, I want to talk about list songs in general- but I’ll start with “It’s America” as an example. 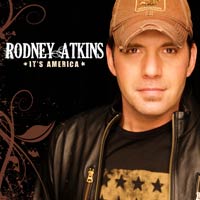 It's America by Rodney Atkins

Let’s look at this song, because it really is lazy. What really annoys me about this song is how almost every thing listed in the song could be about any country on Earth. A rock and roll band? Kids selling lemonade? Cities and farms? Fireflies in June? God‽ I find it incredibly hard to believe that these things solely define America and no other country can have them- especially the last one. It’s that kind of arrogant attitude that Americans have sometimes that annoys people from other countries and Atkins’ incoherent list perpetuates that stereotype in every way- and it’s a terribly annoying song. The objects mentioned have nothing to do with each other, let alone even making any sense. They literally made a song trying to pull at all the heartstrings possible in their audience and it seems people are taking the bait, seeing as the song is currently at #5 on the charts. END_OF_DOCUMENT_TOKEN_TO_BE_REPLACED

But are they any good? 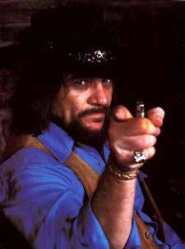 This review by the fabulous Jim Malec over at the9513 and the ensuing comments got me to thinking about how patriotic songs are received by the general listening public. There is of course that portion of the population who are going to love anything mildly patriotic and pull the little flag out of their back pocket and begin waving it to the beat. Kudos to them. On the opposite side of that, we have listeners who have been disenchanted with the American machine and are going to immediately despise and dismiss these songs. Then, there more sensible music listeners who will listen intenly to the song and then decide whether it’s good or bad. Simple enough, right?

And I think there are some songs that have gotten it right over the years. Someone pointed out Waylon Jennings’ ‘America’, and I think that’s a fine choice – and here’s why: Unlike the laundry list of items in the Atkins tune, Jennings actually has something to say about America and why he loves it.

And my brothers are all black and white, yellow too
And the red man is right, to expect a little from you
Promise and then follow through, America

And the men, who fell on the plains
And lived, through hardship and pain
America, America
And the men who could not fight
In a war that didn’t seem right
You let them come home, America

It just sounds like more thought went into those lyrics than:

Are you a fan of patriotic songs? Why or why not? And what flag-waving songs do you think got it right?