Leave a comment Posted by Jonathan Pappalardo on August 7, 2014

The early 1990s were an interesting time for Kelly Willis. Razor X, in his review of her debut, motioned that Willis was signed to MCA in 1989 in an effort to expand the definition of country music. In accordance with her musical output at the time, MCA also went all out with a marketing campaign that saw Willis gaining national exposure both on news magazines and in movies, where she scored bit parts.

While the efforts at maximizing her exposure were well received, Willis never really caught on with the mainstream nor was she able to sell many records. That being said, MCA continued to try and her sophomore album Bang Bang was released just a year after Well Traveled Love. Produced once again by Tony Brown, the album contained a variety of songs from a mix of both left of center and mainstream songwriters.

For the album’s lead single, MCA went with “Baby Take A Piece of My Heart,” an excellent uptempo tune Willis co-wrote with Kostas, a male songwriter who was in high demand at the time. The tune, which peaked at #58, is Willis’ only charting song from her tenure with MCA and easily her best known single from this period of her career.

The second and third singles failed to chart. Kostas and Willis’ husband Mas Palermo co-wrote “The Heart That Love Forgot,” a mid-tempo guitar and drum centric number that is more Texas than Nashville country. Texas country singer/songwriter Joe Ely self-penned “Settle For Love,” an upbeat rocker that perfectly showcases Willis’ biting twang. While both are excellent songs, neither was in line with the radio trends of the era making it unsurprising they didn’t catch on.

The remainder of Bang Bang features mostly uptempo rockers that are heavy on drums, and while light on commercial country, are excellent just the same. “I’ll Try Again” is a honky-tonk rocker while “Too Much To Ask” and “Standing By The River” borrow from Gram Parsons’ signature style. The title track rocks just as hard although Brown smartly adds steel and electric guitars to give it needed spice.

My main complaint with Bang Bang lies with Brown’s production. His slick arrangements drown Willis’ distinctive voice when they should’ve been highlighting it instead. Problem is, as evidenced by “Sincerely (Too Late to Turn Back Now),” Willis hadn’t yet found voice as an artist. As good as the Steve Earle and Robert Earl Keen ballad is, her vocal isn’t nearly as confident as it would be if she recorded it today. The same is true for the sinister “Not Afraid of the Dark,” which seems out of place in comparison to the rest of the album.

Those concerns are elevated on “Hidden Things,” which proves she was already a gifted vocalist in 1991, and while she might not have completely understood how to best use her talents, she could turn in a stellar performance if given the right vehicle. Unlike the majority of the Bang Bang Brown’s production actually aids the track and frames her quite nicely.

It’s always a pleasure to go back and listen to early music from gifted artists, especially recordings made before they found their authentic voice within the industry. In the twenty-three years since Bang Bang it’s remarkable how much Willis has grown which is even more astonishing given that she was a knockout vocalist back then, too. This might not be the most essential album in her collection but it provides a fine listening experience and comes recommended for those looking to fully understand Willis as an artist. 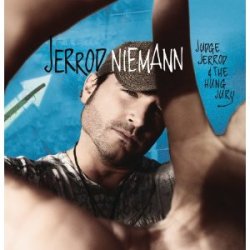 Jerrod Niemann seems to have something of a split personality musically. He is a competent if not particularly distinctive singer with a nice grainy quality at times, who seems determined to compensate for that by over-ornamenting his records with gimmicks. The songs are interspersed with a set of comic sketches conceived by Jerrod with Dave Brainard (with whom he shares production credits). These share the fatal flaw of not actually being funny. Most of them weren’t even funny the first time I listened to them, with the sole exception of a pointed if unoriginal little jab at radio demographics and teenage girls not being interested in drinking songs. After listening through the number of times I needed to in order to review this, I hated them. Self-indulgent in the extreme, these make an excellent argument to download selected tracks. There is a particularly annoying piece right at the end which implies one needs to be drunk to appreciate the album. I’m not so sure that’s wrong, either.

His current big hit, ‘Lover, Lover’, which has propelled this album to good early sales figures, is a remake of a 90s pop song which is very catchy with multi tracked vocals all from Jerrod himself, even though it has very little to do with country music. There is one other cover, Robert Earl Keen’s double-entendre ‘The Buckin’ Song’, which has some fine instrumental breaks but is tiresome to anyone sober over the age of about 15. Keen is a significant Texas songwriter, but this particular song is juvenile. However, I was familiar with Jerrod’s name as a songwriter, and had hopes for this album. He has written or co-written all but two of the tracks, most often with one Richie Brown.

In fact, one of my favourite tracks was a song which was already familiar. ‘How Can I Be So Thirsty’ was one of my favourite tracks from last year’s John Anderson release, which Jerrod wrote with Anderson and Billy Joe Walker Jr. Jerrod’s version is enjoyable if lacking the vocal punch Anderson brought to this hangover complaint. Jerrod has an obviously penchant for the subject matter, as Jerrod’s only solo composition here is the far less likable ‘For Everclear’, a drunken college (I hope) student’s song rather implausibly involving getting way too close to one of his teachers (an ex-stripper). Niemann appears to be about ten years past the point at which this song would be appropriate.

‘One More Drinking Song’ is a relaxed-sounding defence of that sub-genre, which has no actual reasons included, and has an irritating repeated hey-hey-hey in the chorus, but is good-humored and bearable. It was released as a single last year, but sank without trace. ‘Down In Mexico’ is very nice sounding, but a rather generic Chesney-style song about the impossibility of being depressed on the beach.

Written with Dallas Davidson and Jamey Johnson is the jazzy loungy ‘They Should Have Named You Cocaine’ which is a pretty good song about a woman with a hold on the singer, which would have been more pleasing to listen to without the pointless artificial sound effects in the mix. ‘Bakersfield’ is a pleasant sounding ballad about nostalgia for a weekend’s romance in California. Co-written with Wayd Battle and Steve Harwell, the song isn’t bad but the production gets a bit busy towards the end. ‘I Hope You Get What You Deserve’, a generous goodbye wish to an ex, also has too much going on musically. All these songs might have sounded better with a more stripped down approach.

END_OF_DOCUMENT_TOKEN_TO_BE_REPLACED

I spent a lot of time in 2009 adding to my collection a lot of boxed sets and classic country albums that I’d overlooked when they first came out. There wasn’t a whole lot of new music to get excited about this year, but here is the best I came across in 2009:

10. The Rose Hotel — Robert Earl Keen (Lost Highway)
The latter part of 2009 has found me in a decidedly Americana mood, fueled by an ever-increasing dissatisfaction with the mainstream. Part rock, part country with a lot of excellent banjo playing and excellent songwriting throughout. A nice change of pace.

9. Brothers From Different Mothers — Dailey & Vincent (Rounder)
The sophomore effort from these bluegrass virtuosos does not disappoint. Even people who don’t normally listen to bluegrass should give this one a try; they may find that they are pleasantly surprised.

8. Destination Life — Rhonda Vincent (Rounder)
An interesting blend of contemporary bluegrass and acoustic country from one of the best and most underrated female voices in country music. Occasional Hope reviewed this album in July.

7. Twang — George Strait (MCA)
I’ve never met a George Strait album that I didn’t like. Interestingly, this is the only mainstream major label release on my list. I don’t rate it quite as high as some of his earlier efforts, but it’s still a solid, enjoyable album. Read my review from August.

6. My Turn — Tanya Tucker (Saguaro Road)
It was great to hear Tanya again after a lengthy break. I hope to hear an album of all-new material from her soon. Read my review from June.

5. The List — Rosanne Cash (EMI Manhattan)
The best of this year’s covers albums. A pleasant surprise that I didn’t expect to like nearly as much as I did. This is easily Rosanne’s best album since 1987’s King’s Record Shop.

4. A Taste Of The Truth — Gene Watson (Shanachie)
The long awaited return of one of country music’s most underrated singers. It was highly recommended by Occasional Hope when she reviewed it in August.

3. Mister Purified Country — Shane Worley (Country Discovery)
I discovered this artist thanks to my colleague Occasional Hope, who reviewed this album in September. Pure, unadulterated and unapologetic country music.

2. Bigger Hands — John Anderson (Country Crossing)
A very enjoyable album that reminds me of what mainstream country was like not too long ago. John Anderson is an artist that I rediscovered this year. Read Occasional Hope’s review of this album from July.

1. Mountain Soul II — Patty Loveless (Saguaro Road)
Hands down the best album of 2009 from the last of the true country singers, and a great antidote to all the 80s pop/rock music masquerading as country. Read my review from September.