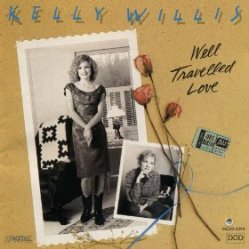 During the second half of the 1980s, MCA Records signed a handful of roots-based artists that were considered to be outside of the mainstream, in the hopes of expanding the definition of country music. Artists such as Steve Earle, Lyle Lovett, and Nanci Griffith were all signed to the label during that time. Kelly Willis, who joined the label in 1989 with the aid of Lovett and Griffith, somewhat falls into this fringe category, although her music was always much closer to the mainstream than the others mentioned. To further put things into context: Hat Acts were the popular trend in country music at the time, and most of the female artists who came to dominate the era — Shania Twain, Faith Hill, Martina McBride, and Trisha Yearwood — had not yet been signed to record deals. Reba McEntire, who was the marquee name female artist at MCA had yet to enjoy her first million-seller.

Willis’ debut disc, Well Travelled Love, if released today, would be relegated to the Americana category, but in 1990 it was considered a somewhat left-of-center country effort, perhaps in part due to Kelly’s slightly quirky vocal style, but also due to songs written by the likes of John Hiatt, Steve Earle and Kevin Welch, although more mainstream songwriters such as Paul Kennerley and Emory Gordy, Jr. are also represented. Willis’ then-husband Mas Palermo wrote about half the album’s songs. Paul Kennerley’s excellent and retro-sounding “I Don’t Want To Love You (But I Do)” was the album’s first single, that sadly failed to chart. A similar fate befell “River of Love”, which may have been too rockabilly for country radio’s taste at the time and “Looking For Someone Like You” likewise failed to gain any traction at radio.

Although I like all of these songs, I believe that some of the album’s other songs would have been better choices for singles. First and foremost is the Monte Warden and Emory Gordy, Jr. tune “One More Time”, a beautiful and steel-guitar drenched ballad that should have been considered very radio friendly at the time. Not releasing John Hiatt’s “Drive South” as a single seems like a missed opportunity; Suzy Bogguss took it all the way to #2 just two years later.
The title track, another Mas Palermo number, reminds me of “I’m In Love All Over”, the opening track to Reba McEntire’s Have I Got A Deal For You album. It’s an upbeat number with some excellent guitar picking and a strong vocal peformance from Kelly — the type of song that would perhaps work better in concert than on radio. “I’m Just Lonely”, Willis’ only songwriting contribution to the album (a co-write with Palermo) is also one of my favorites.

That an unsuccessful album by a largely unknown artist is available at all nearly a quarter century after its release is something of a minor miracle. Don’t expect to find any cheap used copies; Well Travelled Love can still be purchased on CD but at prices that will put a dent in your wallet. It is, however, available for download at much more reasonable prices and it is well worth seeking out. 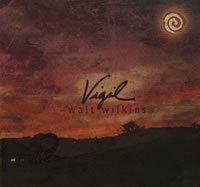 Texas based singer-songwriter Walt Wilkins released this album last year, but it escaped my notice at the time. Vigil is a real labor of love, whose making was funded by an anonymous benefactor and whose profits are all being devoted to charity (the Longevity Foundation). More Americana than conventional country, this reveals a Texas troubadour at his most reflective, armed with a rough voice and a poet’s soul. The concept is more formed than on most inspirational records, in that it is built around a night vigil, not quite a dark night of the soul but one involving doubt as well as faith, and perhaps all the more deeply rooted for that, and conveying longing rather than preaching. As a spiritual exercise it is more effective than many more straightforward declarations of faith.

Opening track ‘Be Home Soon’, written by Sam Baker, is the only song not written or co-written by Wilkins himself, but sets the stage perfectly as it depicts the tired narrator on his way home late at night, ready for the night vigil whose concept frames Walt’s own songs. The first of these, written with regular collaborators Liz Rose (best known these days for her work with Taylor Swift) and Davis Raines (credited on the liner notes as ‘This Is All I Know’ , although the lyrics sung appear to be ‘That’s All I Know’) sets out the minutiae of everyday life for a simple man (“life is hard and it hurts sometimes but it proves I’m alive”).