Leave a comment Posted by Occasional Hope on December 29, 2017

As was the case last year, https://mykindofcountry.wordpress.com/2016/12/30/top-10-hidden-gems-of-2016/ I haven’t compiled a singles list this year, but this list of hidden gems highlights some of the great album tracks from records that didn’t make my albums of the year list. A few were also singles. I have omitted tracks which were singles only, or Alan Jackson’s outstanding new single ‘The Older I Get’ would undoubtedly have vied for one of the top positions.

An absorbing story song from a great bluegrass album which I hope to review in the new year. Bentley, formerly lead singer of Cumberland Gap Connection, is now out on his own, and developing into one of the best current male bluegrass singers.

9. Sons of the Palomino – ‘Outta This Town’ (from Sons Of The Palomino)

Successful songwriter Jeffrey Steele’s latest project was an overlooked gem itself, and this particular cut about feeling trapped in a dying small town is rather lovely. The album version features harmonies from Emmylou Harris.

Reba’s new religious album was an unexpected pleasure this year. I generally preferred the quiet emotion of the more traditional hymns on the first part of the two-disk set to the more contemporary second half, and this track was the very finest recording for my measure.

A live cover of one of Kris Kristofferson’s most moving songs (based on an incident in The Grapes Of Wrath), sung by one of the best female vocalists in mainstream country. Martina’s voice hasn’t always been matched by her material, so this is a joy.

A lovely story song about a World War II soldier from Texas and his love story.

This dramatic high lonesome story song about a street preacher was also a highlight on Gene Watson’s new gospel album, which did make my top 10. But before that it shone on the bluegrass husband and wife’s latest effort. Brooke’s strong mountain vocal has a raw intensity, supported by the harmony of Charli Robertson from Flatt Lonesome. The rest of the album was pretty good, too.

2. Trace Akins – ‘Watered Down’ (from Something’s Going On)

This one was actually a single – https://mykindofcountry.wordpress.com/2017/03/31/single-review-trace-adkins-watered-down/
Written by Matt Jenkins, Trevor Rosen and Shane McAnally, this mature ballad about growing older was by far the best song on Trace’s otherwise disappointing new album. Trace is another great singer with a hit and miss approach to his material, and he really needs to do more songs like this as he transitions to the minor labels.

1. Jake Worthington – ‘A Lot Of Room To Talk’ (from Hell Of A Highway)

A gorgeous traditional country sad song from an excellent singer. If this had been released 25 years ago it would have been a monster hit. I would like to hear a lot more from this young artist.

Leave a comment Posted by Occasional Hope on August 4, 2016

The bluegrass band Cumberland Gap Connection, now slightly rebranded by featuring the name of its lead singer and chief songwriter, and with an almost completely new lineup, has strong country influences behind the traditional bluegrass instrumentation. Bentley’s smooth lead vocal and a solid collection of songs make this album well worth tracking down.

‘Truck Drivin’ opens the album with a soulfully sung depiction of a truck driver’s life, as he heads home after a trip away. Bentley’s own ‘Coal Miner’s Dance’ offers a somber look at a miner’s dangerous life with a tragic culmination. The emotional ‘Chill Of A Late Frost’ (written by Shannon Slaughter) bewails the hard life of a farmer.

Slaughter also co-wrote (with Gerald Ellenburg) ‘Giving Up On You’, a sad song with a soothing melody which really suits Bentley’s voice. Nice harmonies, too, help to make this track a real winner.

The talented Bentley wrote four of the songs altogether. ‘Better Days’ is a fine song about a relationship on the edge. He teamed up with Terry Foust and Daniel Salyer to write the inspirational ‘He Knows My Name’, which is about a homeless ‘lost soul’ who nonetheless has inner peace. Together with Mark Brinkman they wrote ‘She Don’t Talk To The Moon’, another portrait in song, this one about an elderly woman with her feet on the ground and her heart set on heaven.

Terry Foust wrote ‘Back To Carolina’ with Ray Edwards; this picks up the pace with its optimistic tale of a an starting over by going back home. Also up-tempo, the good-humored ‘Old Steamboats And Trains’, written by Edwards and Larry Joe Cox, offers a travelogue. The upbeat ‘I Hear Kentucky Callin’ Me’ is very pretty.

Bentley is a big fan of the late great Keith Whitley, and he pays tribute here with a lovely version of the Lefty Frizzell classic Keith made his own, ‘I Never Go Round Mirrors’.

The record closes with an accappella hymn, ‘When I Make My Last Move’, sung solo by Bentley.

This is a highly enjoyable album, generally low key and mellow, centring on Bentley’s warm voice. It is recommended to anyone who likes the overlap between country and bluegrass.

2011 wasn’t the best year for country, but there was still some very good music to be found if you looked for it.  Just missing the cut for my personal top 10 were fine records by the excellent Sunny Sweeney, country chart debutant Craig Campbell, independent artist Justin Haigh, blue collar bluegrass newcomer Scott Holstein, the compelling close harmonies of the Gibson Brothers,  and an enjoyable if not groundbreaking live set from Amber Digby which flew under the radar.

So what did make my cut? END_OF_DOCUMENT_TOKEN_TO_BE_REPLACED 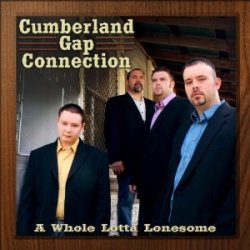 The Cumberland Gap Connection is a little-known bluegrass band, but one who has given me a very pleasant surprise with this album (on Kindred Records). I understand it is their fourth, although it’s the first I’ve come across (thanks to a link posted on The 9513 a few weeks ago). The members hail from Kentucky and Tennessee, and the record was recorded in Cumberland Gap, Tennessee.

Usual lead singer Mike Bentley has an attractive smooth tenor voice, laid back style, and natural understated sense of phrasing, and is also a fine songwriter who was responsible for five of the album’s twelve tracks. He also plays guitar, and his talents provide the band’s focus and the core of the record’s appeal. My favorite of these (and one of the album’s highlights) is the dejected ‘Waiting At the Harbor’, a very well written song with some interesting imagery. One of life’s lost souls, the protagonist of this song has no idea of what to do with his life:

How can you find a home when you can’t move on?
Feels like I’m waiting at the harbor for a train

On a similar theme and almost as good is the opening track ‘Travel All Alone’, which reflects thoughtfully on regret for past choices leading to the loss of a loving home.

The high lonesome sound of ‘Ode To The Mountain Man’ is about a father teaching the protagonist “how to be a good man”, in a way which shows all those country living anthems they might just be missing the point:

I assume this is specifically about, and inspired by, Bentley’s late father, who died in 2006 and to whom he dedicates his work on the record.