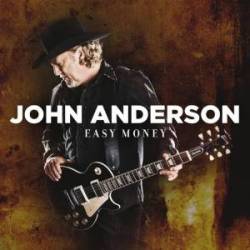 Back in the days writing for the 9513 Blog, I would post occasional reviews on Amazon. We are republishing updated versions of some of those reviews here.

John Anderson and George Strait are about the only two with a high profile left from the generation of male singers that came to prominence in the early 1980s. Obviously Strait has been the more successful but John Anderson is the superior balladeer.

Here, John Anderson returns with his first CD of new recordings in several years, this time with John Rich of Big & Rich serving as producer. Fortunately. Rich stays largely out of the way and lets Anderson focus on that which he does best, as seven of the CD’s eleven songs are ballads.

First, some consumer advice. Upon inserting the CD into your player, troll over to track 11, “Willie’s Guitar” and give it a few listens as John, Merle Haggard (vocal) and Willie Nelson (vocal & a guitar solo) work their magic on this wistful tale which, curiously enough, wasn’t written by either John, Merle or Willie. No matter, as writers John Phillips and Ray Stephenson certainly caught the quintessential sense of heartbreak and resignation.

First the “bad”: the uptempo songs “Easy Money” , “Funky Country” and “If Her Lovin’ Don’t Kill Me” are merely okay – worth 3 or 3.5 stars each. These three songs are the ones on which the John Rich “Muzik Mafia” sound is the most in evidence.

Now the really good: The fourth uptempo number, however, “Brown Liquor” is really excellent, on a par with John’s best uptempo numbers like “Black Sheep”, “Chicken Truck” or “Swingin'”.

Aside from the John & Merle & Willie offering, John has six really, really good solo ballads; in fact, I don’t think John Anderson has ever done wrong by a ballad in his life. For me the highlights are “A Woman Knows”, a sensitive John Rich-Julie Roberts penned ballad along the lines of Johnny Darrell’s 1969 hit “A Woman Without Love” and John Anderson’s song about about a woman’s threat to her wayward husband that she’ll give him “Something To Drink About”. “Weeds” penned by Anderson and his late friend Lionel Delmore, might prove to be the favorite ballad from the CD for many listeners.

All in all, a very pleasant surprise as I was having nightmares about how a John Rich-produced CD might sound. Fortunately, it sounds like John Anderson being John Anderson, and it doesn’t get much better than that.

After signing him in 1977, Warner Brothers took their time developing John Anderson, testing the waters with a series of singles at country radio, most of which failed to chart. Finally, in 1980 they took the plunge, and released his self-titled debut album, produced by Norro Wilson. It did not sell particularly well, but it was a launching pad for his career and although some aspects of the production have dated a little (particularly the background vocals), it stands up very well today. Indeed, it remains, in my opinion, one of the best debut albums by any country singer ever. The album showcased John’s hardcore country voice with some excellent songs, five of them co-written by the singer himself. The overriding theme is heartbreak, and John’s sometimes raw voice imbues them with authentic sadness.

The first song likely to have brought John Anderson to the ears of county fans was ‘The Girl At The End Of The Bar’, which just squeezed into the top 40 back in 1978, and deserved to do much better. It was written by John with Lionel Delmore (son and nephew of the Delmore Brothers, one the most successful early country duos), who has been an enduring writing partner for John Anderson over the years. Rather along the lines of Joe Nichols’ more recent hit ‘She Only Smokes When She Drinks’, this song paints a portrait of a woman who has been unlucky in love and now just wants to be left alone with her drink:
“She’s not there for company
She don’t like to remember
She once let herself go too far
She’s not there to complain
She just wants to remain
The girl at the end of the bar…

She don’t play the jukebox
She’s lived all those sad songs first hand
What’s made her so bitter
And why love has quit her
Is because she has loved the wrong man.”

The follow-up single stalled just outside the top 40, and was not included here, but ‘Low Dog Blues’, another Anderson/Delmore collaboration did better, just missing the top 30, although it is by far the least interesting track on the album. The pair wrote two further songs here, both very good: the sorrowful ballad ‘It Looks Like The Party Is Over’, about the end of a relationship, and the bluesy hillbilly groove of ‘Havin’ Hard Times’, a lament on the subject of hard economic times which strikes a topical chord again today, as John complains, “What used to be a dollar ain’t worth a silver dime”.