A fearless look at lists

So among critics and bloggers alike, it’s usually cool to blast “list songs” as being lazy excuses for songwriting right? I’m sure by now you guys have heard the song “It’s America” by Rodney Atkins (I envy those that have not heard it yet…)? Well songs like that give list songs a bad name- it’s lazy and uncoordinated pandering. However, I want to talk about list songs in general- but I’ll start with “It’s America” as an example.

It's America by Rodney Atkins

Let’s look at this song, because it really is lazy. What really annoys me about this song is how almost every thing listed in the song could be about any country on Earth. A rock and roll band? Kids selling lemonade? Cities and farms? Fireflies in June? God‽ I find it incredibly hard to believe that these things solely define America and no other country can have them- especially the last one. It’s that kind of arrogant attitude that Americans have sometimes that annoys people from other countries and Atkins’ incoherent list perpetuates that stereotype in every way- and it’s a terribly annoying song. The objects mentioned have nothing to do with each other, let alone even making any sense. They literally made a song trying to pull at all the heartstrings possible in their audience and it seems people are taking the bait, seeing as the song is currently at #5 on the charts. END_OF_DOCUMENT_TOKEN_TO_BE_REPLACED

I was talking to a friend yesterday morning, and he told me that I need to give him a mixtape so he can “assess my personality”- so I decided to try and make my mixtape to try and encompass all of the music I listen to in just a limited number of tracks, say around 15-20. It was pretty difficult, but I tried to cover the major artists I listen to (Sugarland, Lee Ann Womack, Nickel Creek, Patty Loveless, Trisha Yearwood, SHeDAISY, etc.) as well as outlying genres beyond country music (Radiohead, Neko Case, Alicia Keys, Jazmine Sullivan, etc.) and I think this is a great set of songs that really gives an intro to my musical tastes- and it was difficult to decide on these songs for sure.

Then I thought it would be interesting to post my mixtape here to display it, and I would like you guys to do the same! You guys can post yours in the comments, mine is just below.

“15 Step” by Radiohead
“Fallin’ “ by Alicia Keys
“Single Ladies (Put A Ring On It)” by Beyoncé
“Lions, Tigers & Bears” by Jazmine Sullivan
“Rattlin’ Bones” by Kasey Chambers & Shane Nicholson
“The L&N Don’t Stop Here Anymore” by Kathy Mattea
“Last Call” by Lee Ann Womack
“Fly Like A Bird” by Mariah Carey
“House Of A Thousand Dreams” by Martina McBride
“Coming Back To You” by Melinda Doolittle
“Desperation” by Miranda Lambert
“This Tornado Loves You” by Neko Case
“This Side” by Nickel Creek
“On Your Way Home” by Patty Loveless
“Gravity” by Sara Bareilles
“Don’t Worry ‘Bout A Thing” by SHeDAISY
“Very Last Country Song” by Sugarland
“Three Mississippi” by Terri Clark
“Wrong Side Of Memphis” by Trisha Yearwood

Click the link to hear the song- all of them are last.fm links except “This Tornado Loves You”, which is a youtube video. I hope you enjoy mine and post your own!

Can You Beat Us? – Grammy Predictions

The logo for the 51st Grammys

So finally after all these polls about the Grammys, we’re going to have a little contest using the results! I thought we could see who will guess the most winners! We have the predictions of all the writers here at My Kind Of Country, as well as all of the top choices as voted by you, the readers! After the winners are announced, I’ll bold all the winners and we’ll see who gets the most right! Maybe we’ll be able to beat the staff at Country Universe… Or not. Who knows!

I picked mine kind of oddly. They’re meant to be predictions but for some I picked my favorites or whatever. I don’t think I’ll do very well, but who knows. I think that Razor will do the best, but that’s just my prediction on the predictions.

Feel free to make your own predictions below, or whatever comments you like. In my opinion, the country categories were very strong this year, with only a few missteps (Like “Last Name” or “Every Day”). Hopefully those bad nominees won’t win… Well, without further ado, here is the list of predictions (Winners are in bold):

Readers’ Pick:
Heaven, Heartache And The Power Of Love by Trisha Yearwood

My Pick:
Heaven, Heartache And The Power Of Love by Trisha Yearwood

Rainbow’s Pick:
Heaven, Heartache And The Power Of Love by Trisha Yearwood

Well I know you guys don’t like non-country artists, but I wanted to go along with my recent theme of Grammy categories. If you haven’t noticed, Lady Antebellum is nominated for the Best New Artist against some steep competition and the Jonas Brothers. Now you’re probably wondering “So what?” 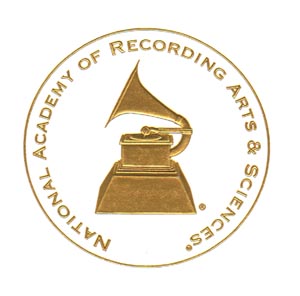 Well, the other three competitors in the category are three of my favorite artists, who I have discovered through iTunes free singles, namely Duffy, Adele and Jazmine Sullivan. I got all of their respective free singles over the course of 2008, and then followed them to get their debut albums throughout the year, and I love all three of them.

Adele and Duffy are both considered neo-soul singers, compared to Amy Winehouse, while they have no resemblance to her in any way. Adele is a singer-songwriter with a blusey voice who comes from England, while Duffy sounds like she traveled through time straight from the 60’s, while she really came from Wales. Jazmine Sullivan sings R&B and hails from Philadelphia- tutored by Missy Elliott and she has had much success in the U.S.

About their songs, Duffy has her international hit “Mercy” (Nominated for the Grammy for Best Female Pop Performance), Adele has the hit “Chasing Pavements (Nominated for 3 Grammys including Record and Song of the year) and Jazmine has her R&B #1 “Need U Bad” (And is nominated for various R&B awards).
END_OF_DOCUMENT_TOKEN_TO_BE_REPLACED

These are my favorite album cuts from albums released in 2008. I decided to do it for all genres, but there are only 3 songs that aren’t country, so I hope you guys like it! (I also shortened my comments to just a few sentences.)

– The great looping guitar in the background with the hand claps makes this infectious track a great happy song. I know, “Coldplay on a country blog? What?”

– I just got this album the other day, and while the material was mostly mediocre, this song stood out. It’s her musical evolution, and she presses on, while her great vocal elevates it even further.