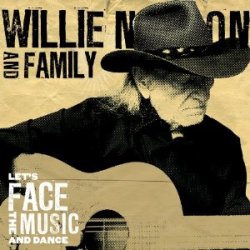 At 80 Willie Nelson remains one of the most prolific, and eclectic, of musicians. His latest album showcases his jazzy side, and the influences of the popular music of his childhood, but the relatively stripped down accompaniments should appeal to Willie’s country fans. Tastefully understated production from the estimable Buddy Cannon, and backings mainly from Willie’s ‘Family’ band (in fact the record is credited to Willie Nelson and Family) lead to a relaxed sounding set. Always a stylist rather than a great vocalist, Nelson’s voice has not deteriorated significantly enough to hamper his interpretations of these songs.

A quietly jazzy reading of 1930s Irving Berlin-penned standard ‘Let’s Face The Music And Dance’ with Spanish guitar backing sets the mood for the album. Much of the album has a very similar pace, and although it works very well, occasionally it gets a bit samey.

Nelson has recorded ‘Twilight Time’ before, and this version is pleasant but feels redundant. Some of the remaining songs (Berlin’s ‘Marie (the Dawn Is Breaking)’, ‘You’ll Never Know’ and ‘I Wish I Didn’t Love You So’) have that classical Great American Songbook feel and Willie and band perform them impeccably, but I found my attention wandering a little while they were playing. The similarly vintage ‘Walking My Baby Back Home’ has a lot more charm and the prominent harmonica from Mickey Raphael and Bobbie Nelson’s piano licks add character.

I also liked ‘I Can’t Give You Anything But Love’, which is even older, dating from a 1920s musical rooted in Harlem jazz, the most popular African-American music of the period. It suits Willie’s laid back vocal and the band sound great on the extended instrumental intro.

‘I’ll Keep On Loving You’ was a country hit in 1940 for country/Western Swing legend Floyd Tillman, and is another song well-suited to Nelson and band. Nelson also tackles ‘Shame On You’, a song from western swing pioneer Spade Cooley, sadly better known for the savage murder of his wife, which makes this song, castigating an unfaithful wife, rather uncomfortable listening.

Most of the songs come from the 1920s through the 1940s. The most modern song is Willie’s own ‘Is The Better Part Over’ (from the 1989 album A Horse Called Music). It is a distinctly downbeat number about calling time on a failing relationship, but it is an excellent song and Willie’s understated and subtle interpretation make this a highlight.

A couple of nicely played jazz instrumentals (both associated with Django Reinhardt) allow the band to stretch out.

First recorded for a movie by singing cowboy Gene Autry, ‘South Of The Border’ has a relaxed Mexican feel which rings the changes a bit. I also enjoyed the mid-paced harmonica-led take on the Carl Perkins rockabilly classic ‘Matchbox’.

This is a fine record from a man it would be no exaggeration to call a living legend.

Buy Let’s Face the Music and Dance at amazon.

Listen to the album on Spotify. 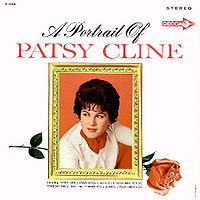 June 1964 saw another posthumous release of previously unreleased Patsy Cline material, in the form of this album. The majority of the songs had been recorded at her final recording sessions, a month before her death, with a handful left over from previous sessions. It does however end up feeling one of her most cohesive albums, and the logical progression from Patsy’s previous studio albums, Showcase and Sentimentally Yours. As was now her trademark, the material mixes country and pop songs, all given orchestral arrangements, and if anything she was moving further away from her country roots.

Opening track ‘Faded Love’ had been a posthumous top 10 country single for Patsy in 1963, and was a Bob Wills cover transformed into an intense torch ballad with a typically exquisite vocal performance wrenching every morsel of regret from the words, and a production laden with strings giving it a sophisticated sheen, but one which supports rather than overwhelms the vocal. ‘I’ll Sail My Ship Alone’ was an old Moon Mullican country song (a #1 hit in 1948) which sounds even more changed under the Cline/Bradley treatment, and the end result is less successful than ‘Faded Love’.

‘When You Need A Laugh’, another single, charted less well, although it is a lovely Hank Cochran ballad of obsessive love, sung beautifully with a melancholy tinge to Patsy’s vocals. The protagonist is so desperate to be with the one she loves, she doesn’t care if he is laughing at her:

At least I’m on your mind when you’re laughing….
Even if the laugh’s on me I don’t mind at all
So when you need a laugh give me a call

It was one of the songs resurrected from a previous recording session (in September 1962), as was ‘Your Kinda Love’ . The latter was also released as a single but did not chart at all despite a beautiful, nuanced interpretation. It was written by Roy Drusky, another country artist who Owen Bradley was producing at the time, and who subsequently went on to a long and reasonably successful career.