Album Review: Charley Pride – ‘Songs of Pride, Charley That Is’ 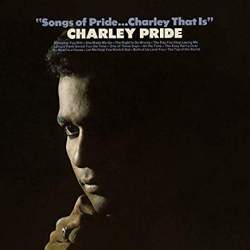 Songs of Pride, Charley That Is was Charley Pride’s second LP of 1968. Boasting no fewer than four producers — Chet Atkins, Jack Clement, Bob Ferguson, and Felton Jarvis — it featured his highest charting hit to date, the #2 peaking hit “The Easy Part’s Over”, which was written by Jerry Foster and Bill Rice.

There weren’t any other singles released from the collection, but there were a few that could have been worthy contenders. Among them was “She Made Me Go”, another Foster-Rice composition, which casts Charley in the role of a spurned spouse is assumed to be the party at fault for the breakup of his marriage. “The Right To Do Wrong” written by Fred Foster, the legendary founder of Monument Records, is another that could have been commercially successful on its own. My personal favorite is the upbeat “I Could Have Saved You The Time”, written by Jack Clement.

The album’s second half is equally strong, with a number of steel-drenched songs that won me over immediately, from Red Lane’s “Both of Us Love You” and Vincent Matthews’ “One Of These Days” (not the same song as Emmylou Harris’ 1976 hit). The Mel Tillis and Wayne Walker number “All The Time” is a bit schmaltzy, and the album opener “Someday You Will” (another Jerry Foster/Bill Rice effort) is a bit pedestrian but those are the album’s only two week links. The production is firmly traditional, with plenty of pedal steel and it is not as dependent on vocal choruses as many other recordings of the day.