Album Review: Gene Watson – ‘Between This Time And The Next Time’

Leave a comment Posted by Occasional Hope on June 11, 2014 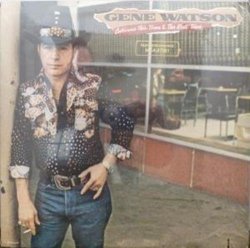 In 1981 Gene moved from Capitol to MCA, but his debut album for the new label was broadly similar to his earlier work. Gene co-produced with Russ Reeder.

There is a honey-sweet vocal on the title track, a tenderly seductive and quite unrepentant cheating song, involving two lovers whose weekly meetings seem too far apart:

It’s a beautiful performance and was a top 20 single. The song was written by Canadian country singer Ray Griff, who also recorded it.

The second and last single ‘Maybe I Should Have Been Listening’ is a wonderful regretful fiddle-led ballad as a man is haunted by memories of his ex, lamenting

This one didn’t quite make it into the top 20. Both singles are excellent songs and recordings, and deserved to do much better.

The sardonic mid-tempo ‘I’m Telling Me A Lie’ finds another protagonist struggling with his memories of an ex in the aftermath of a breakup, when drinking away the pain by day won’t let him sleep at night.

The wistful New York-set ‘Come Back Home’, written by Joe Allen and Dave Kirby, is beautifully sung but with a slightly intrusive string arrangement. Once again, Gene plays the part of the one left behind, as he pleads with her to return. ‘Down Here On My Knees’ is another lovely, delicately sung ballad, with Gene begging his discontented wife not to leave. The steel-laced ‘Even At Its Worst It’s Still The Best’ has another up-and-down relationship, but one that is still just about hanging together.

Written by Tom T. Hall, ‘Three’ is the story of a newly wed couple entering on parenthood only to meet with tragedy. The anxious father’s chain smoking as she endures a labor neither she nor the baby survives has perhaps dated a little, but the story’s emotion is timeless and heartwrenching, as the narrator is left “a lonely One who wanted to be Three’. Last month we mentioned several times that Tom T Hall was a better writer than singer, and this is the perfect combination of song and singer with Gene adding further levels of emotion through his vocal.

‘The Look In Baby’s Eyes’ is a sultry ballad with a slightly dated Nashville Sound production but a great vocal.

As usual with Gene, the ballads dominate (not a bad thing since he is so good at them). There are only a couple of more up-tempo numbers.

‘We Got A Bad Thing Goin’’ is about a hookup between Gene’s bad guy who ‘ain’t never had a job’ and plans on robbing the local bank and a wealthy woman. Written by Wayne Carson and Don Tankersley, it’s a bit out of character with Gene’s usual romantic ballads, and the backing vocals are dated, but it is quite entertaining.

The Wynn Stewart song ‘I’m Gonna Kill You’ raises the tempo with its murderous threat to a wife with “cheating bedroom eyes”, who he intends to “bury … in a box about half your size”. I love almost everything Gene Watson sings, but here he sounds a little too cheerful, where someone like Johnny Paycheck would have made it genuinely threatening.

This is a great album. Sadly, it has never been released digitally or on CD, but if you have access to other formats, it’s well worth getting hold of. Hopefully it will get a re-release as several of Watson’s other albums have done.