Leave a comment Posted by Occasional Hope on October 26, 2017

Veteran folk-country-rocker Chris Hillman is always eclectic, but his latest album (produced by the late Tom Petty and longterm confrere Herb Pedersen) leans a little more in the folk-rock 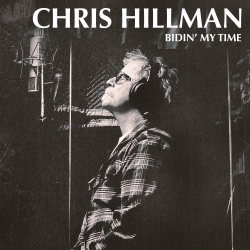 direction than the acoustic country work he had been making in recent years.

The opening ‘Bells Of Rhymney’ is a rather depressing song about struggling Welsh miners, written by Pete Seeger based on a 1930s poem by Idris Davies. Hillman previously recorded the song with The Byrds in 1965, in their jangly folk-rock period. The new version is rather better sung (with ex-Byrd David Crosby on harmonies), but it makes for a rather depressing opening.

There are a couple of co-writes with Hillman’s old Byrds bandmate Roger McGuinn, including a revival of ‘Here She Comes Again’, an older song but one they had not previously recorded. This is OK but a bit too Byrdsy for me, with McGuinn’s guitar prominent in the mix. ‘Old John Robertson’ has been revised (and retitled ‘New Old John Robertson’), and is very charming if very short, with a bluegrass arrangement. Another jangly Byrds cover comes with the Gene Clark-penned ‘She Don’t Care About Time’, which is quite pleasant.

Most of the new material comes from the longstanding songwriting partnership of Hillman and Steve Hill. The title track is a lovely waltztime reflection on the longing to return home to the countryside, prettily ornamented by Hillman’s mandolin. ‘Restless’ is a short and quite nice midpaced song about passage through life.

‘Different Rivers’ is a gentle, poetic ballad painting the portrait of a couple navigating a difficult world. ‘Given All I Can See’ is a vaguely spiritual plea for God’s “mercy and grace” on himself and the world in dark times. ‘Such Is The World That We Live In’ is a charming bluegrass influenced mid-tempo tune with an engaging melody, airy vocals and lyrics addressing the state of the USA from the point of view of a pair of fictional characters:

The pretty, lilting ‘Wildflowers’ is a cover of a Tom Petty song, and has a charming acoustic arrangement. ‘Walk Right Back’ was a pop hit for the Everly Brothers, and a country one for Anne Murray. Herb Pedersen’s close Everlys style harmony makes this track another joy. A more obscure cover is of ‘When I Get A Little Money’, a charming folk-style song written and previously recorded by Nathan G Barrow.

Overall I enjoyed this album, but it is not as commercially appealing as, say, Hillman’s work with the Desert Rose Band.