Sometime in the first half of 2008, I was browsing the web for country music news, and stumbled upon The 9513’s daily news roundups.  That first article I read wasn’t easy to track down, but I found it, remembering it having to do with CMT Can You Duet winners Caitlin & Will, because at the same time I was led to Country California and C.M. Wilcox’s (then using the pen name John Maglite) musings about the duo’s future at country radio with their similarities to Lady Antebellum. Right then, Country Universe was in the midst of their 100 Greatest Women countdown, so I had the good fortune of discovering 3 excellent country music-related sites in quick succession, all thanks to The 9513.

From the comments on articles and the forum discussions (remember the comment corral?), I got to know many great people, and after seeing the common ground some of us had, I had the brainstorm to create this humble blogsite, with contributors pulled directly from The 9513’s readership. We launched here in December 2008, with 3 writers. (Chris Dean has since departed to attend college, and is now a missionary in Italy. We wish him luck, and await his return.) From the same pool I plucked my first 2 fellow contributors later came this site’s greatest assets: Razor X and Occasional Hope.

So, thanks to The 9513, we were off and running. But their contributions to our success were far from finished. Brady and Brody Vercher’s daily news roundups sent many new readers our way, and I can’t thank them enough for loaning us an audience. It’s hard to put into words the feeling a green blogger like myself got when I saw my name and my words linked from their news roundups, the column that started it all for me. That first mention must be how country singers feel when they debut on the Grand Ole Opry. More than allowing us to spin-off and sending us readers, the excellent crop of talent at The 9513 influenced me to start on the path to the job I have today as a columnist for American Noise. With the likes of Jim Malec, Blake Boldt, Juli Thanki, Chris Neal, and so many others, setting a standard I could never reach. They continue to up the bar, and I keep trying to catch up.  I’m saddened to see the site retired, and the three of us here at My Kind of Country want to thank the Verchers for creating and maintaining the standard for country music websites, for countless hours of entertaining reads, and for being the stalk from which we sprouted.

Like all its readers, I’ll miss reading The 9513 as part of my daily routine. The breadth of its coverage, from mainstream to bluegrass to Americana/alt-country, means it really did cover the whole of country music in a way no other site could really equal. More than that, though, I feel I can say it changed my life. I would never had begun blogging myself if I hadn’t found the 9513 in, I think, the spring or early summer of 2008. Before that, I felt pretty isolated as a country fan, because I knew hardly anyone in real life who shared my tastes in music at all. The 9513, and the associated forum that started in the summer of 2008, made me feel like part of a community, and that gave me the confidence to write about the music I love. And when I accepted J.R.’s invitation to join the team here, I was overwhelmed by the generosity of their links to many of our posts.

I originally found The 9513 via a Google search, and it quickly became my favorite country music website. The quality of the writing was always superb, and I admired the fearless honesty that characterized their music reviews. More importantly, I forged a lot of new friendships with the people who frequented the site. I never imagined that it would lead to the opportunity to write for this blog. I greatly improved my knowledge of country music thanks to The 9513 and will miss it terribly. Its absence will create a void that will be impossible to fill, despite our best efforts to do so. So to Brady and Brody I offer a heartfelt thanks and my best wishes for your future endeavors. 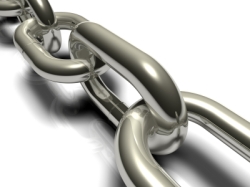 END_OF_DOCUMENT_TOKEN_TO_BE_REPLACED

Talking to the stars: Best country blog posts of the year? 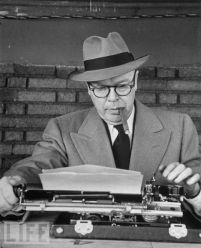 In July of 2007, a wonderful thing happened to me.  I was already a hard-core country music fan by then.  I was a steadfast reader of the CMT blog and their news section.  I also tried to keep up with country music through various google alerts – and still do.  But one day while searching for some particular tidbit of information, I stumbled upon the Granddaddy of Country Blogs, The 9513.  I found an early mailbag, and after reading, I decided to poke around the site.  I found intelligent reviews and well-thought editorials, all crawling with comments from just the kind of country fans I had been looking to interact with.  (I still love the CMT blog, but the regulars there are a bit untamed.)  From my new discovery, and mostly thanks to the daily news roundups, I began exploring the wealth of country music journalism all over the web, all suited to my own tastes, and even beyond that.  I was soon reading Country Universe, the Photocrap blog (now Farce the Music), and even found the Country California site before John Maglite sold it to C.M. Wilcox, who took the humor to another level.  There was also many more, and you can find them on this site’s blogroll.

There was something for everybody already by then, but I still jumped right in with my own comments.  It wasn’t long until I was bitten by the blogging bug, and the idea struck me for this site.  Knowing I couldn’t do it on my own, I set out to scoop up as many of the great writers as I could, and get them on my side, before the other blogs wanted them.  We started in December of 2008, with a simple idea: to write about the music we loved.  It became evident that mainstream country wasn’t going to accomodate us on a daily basis, so we sat out to write about the rich history of country music, alongside the latest releases.  And by March of this year, My Kind of Country was a genuine country music blog property, thanks in no small part to the big blogs lending us their readers.  Thanks again, you guys.  But enough about us.

We’ve all been very fortunate this year to be able to read a rich tapestry of entries from countless writers in the country blogosphere.  We’ve read scathing reviews and glowing ones, we’ve listened to candid and revealing interviews, and of course the oft-needed bitching and moaning to get things back the way we want them.  Country blogging has run the gamut this year and I’m so very proud to have been a small part of it.  I also look forward to what the new year will bring, as online literature continues to grow, and we drag country music, kicking and screaming, into the 21st century.  Here’s to you, the pioneers of country blogging.  You are my heroes.

When I started thinking about reviving this post – an idea from the mind of C.M. Wilcox – I knew, like everything else in life, that I’d need the help of my friends to compile a truly worthy list.  So I sent out an email to every country blogger in my address book asking them their favorite blog posts of the year.  The consensus seemed to run towards interviews as personal favorites, with country blogging heavyweights Brady Vercher, Leeann Ward, and Blake Boldt all citing various interviews as the best articles of the year.  Here’s a few of the choice picks for best country blog posts of the year.  These are just what we came up with as a preliminary list.  With your help, we’d like to create a complete list of the 50 greatest posts from the past 12 months.  So be sure to jump in the comments section and tell us your picks so we can add them to the final ballot.

A Conversation with Kathy Mattea – Country Universe – by Kevin Coyne

Does Swift Have Tubb Appeal? – Country California – by C.M. Wilcox

Giving The People What They Want: Nashville’s Changing Music Business – The 9513 – by Chris Neal

‘All White’ Darius Rucker Parody – Farce The Music – by Trailer

What would you add to the list?  What writers and blogs have you discovered this year and made part of your daily reading?