The 1980s got off to a poor start with the early 1980s producing some of the lamest country music ever recorded, as the Urban Cowboy movie wrecked havoc on the genre. Fortunately, there was still good country music being released. The first flowering of the late 1980s “New Traditionalist” movement arrived in 1981 with the first hits of Ricky Skaggs and George Strait, but they remained outliers until 1986 as far as good new artists were concerned. The latter part of the decade, however, produced some truly excellent country music with the 1986 arrival of Randy Travis and company.

Here are some more songs that I liked and remember. See if you recall any of these records:

“Everybody Needs Love On A Saturday Night”– The Maines Brothers Band
This 1985 song was the biggest hit (#24) for a bunch of talented musicians, some of whom went on to bigger and better things. Lloyd Maines is a leading steel guitar whiz and record producer – his daughter is Natalie Maines of the Dixie Chicks. Three other brothers of Lloyd’s were in this band, as well.

“I Wish That I Could Fall In Love Today” – Barbara Mandrell
This 1988 slightly re-titled cover of Warren Smith’s big hit  from 1960 was to be Barbara’s last top ten recording. It is one of my favorite Barbara Mandrell recordings.

“Save Me” – Louise Mandrell
Louise never quite emerged from her big sister’s shadow but this #6 single from 1983 shows that a lack of talent wasn’t the problem.

“My First Country Song” – Dean Martin with Conway Twitty
Not really – Dean had recorded many country songs to great effect, although never with country accompaniment. The album from which this 1983 song was taken, was actually the last album the 66-year-old Dean would record after a hugely successful career as a pop singer, movie star , television star and stage performer. In his time very few performers were bigger stars than Dean Martin. Conway Twitty wrote this song and performed it with Dean. It wasn’t a huge hit (#35) but it was an interesting ending to one of the greatest careers in American entertainment history.

“You Are My Music, You Are My Song”– Wayne Massey with Charly McClain
Wayne Massey was a soap opera heartthrob and his wife Charly was stunningly attractive. This 1986 hit was one of two top tens the duo would have, although Charly had a very successful career as a solo act.

END_OF_DOCUMENT_TOKEN_TO_BE_REPLACED 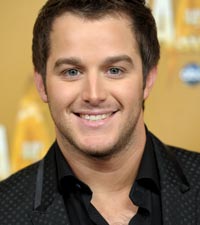 It seems like a long time since we’ve heard anything new from Easton Corbin. After arriving on the scene in a big way with two consecutive #1 hits two and a half years ago, he faltered with his third single “I Can’t Love You Back”, which stalled at #14. Since then he’s been relatively quiet, but he is finally back with a new single, with a new album slated for release later this year.

From the very beginning, Corbin’s vocal style was compared to that of a young George Strait, and though the similarities are still there, the first thing I thought of upon hearing the opening notes of “Lovin’ You Is Fun” was that it sounded very much like the kind of song that Clint Black used to do early in his career — fast paced, high energy and not taking itself too seriously, a throwback to the good old days in the 90s. It’s an upbeat, positive song that should appeal to country radio, if they can overlook the prominent pedal steel and lack of pop pretensions. It was written by Bob DiPiero and Jim Beavers. DiPiero has penned countless hits for the likes of The Oak Ridge Boys, Charly McClain, Reba McEntire, Pam Tillis, Brooks & Dunn, Sammy Kershaw and Sunny Sweeney, while Beavers co-wrote “Felt Good On My Lips” for Tim McGraw, “Red Solo Cup” for Toby Keith and a few of Dierks Bentley’s poorer efforts.

February seems like an odd time to release a light-hearted, beat-driven record like this one, but records take so long to climb the charts these days, summer will be just around the corner by the time this one peaks. I hope that does well for two reasons: (1) because Corbin needs a hit; in today’s climate he can’t afford to miss the Top 10 with two consecutive singles, and (2) because country music desperately needs more artists like Easton Corbin.

“Lovin’ You Is Fun” is not yet available for purchase, but it has been released to country radio and can be heard here.

For part four of this series, I’ll be using the same criteria as before – just some songs I liked, one song per artist (although I will feel free to comment on other songs by the artist). This part stops in the middle of the letter M.

A nice country cover of a #1 pop hit for Three Dog Night, this reached #26 and was Murray’s biggest hit. He died in a plane crash in 1990 at the too-young age of 47. Hoyt Axton wrote this song.

Wayne Kemp was better known as a songwriter who penned major hits for the likes of George Jones (“Love Bug”), Conway Twitty (“The Image of Me”) and countless others. This song reached #17, and was Wayne’s biggest hit.

A father and daughter duo, Jeannie took on most of the lead vocals while father Royce sang harmony. The Kendalls kept the radio airwaves safe for real country music during the middle and late 1970s. I liked everything the Kendalls ever sang, and have no idea why the new traditionalist movement of 1986 failed to re-ignite their career.

For someone as famous as he is, Doug Kershaw had only seven chart hits as a solo act, to go with his five hits as part of Rusty & Doug. This one got to #77, a fairly normal placing for his solo efforts. Although I liked this song, his Warner Brothers albums of the 1970s were mostly laconic efforts. END_OF_DOCUMENT_TOKEN_TO_BE_REPLACED

Alan Jackson’s hot streak continued into 1996 with the release of his sixth studio album. 1994’s Who I Am had sold four times platinum, and 1995’s Greatest Hits Collection had sold six times platinum and produced two more number one hits, as well as a top five. With Keith Stegall once again in the producer’s chair, Everything I Love was released on October 29, 1996. It was preceded by the lead-off single “Little Bitty”, a semi-novelty tune written by the legendary Tom T. Hall. Reminiscent of the type of song that George Jones used to do fairly regularly early on his career, “Little Bitty” became Jackson’s fourteenth #1 hit in December 1996.

Things took a more serious turn when the title track was released as the album’s second single in late 1996. “Everything I Love” is a beautiful mid-tempo ballad written by Harley Allen and Carson Chamberlain, and it is one of the finest performances of Jackson’s career. The theme is one to which most of us can relate — namely, the old adage that everything good in life is dangerous, illegal or fattening. The protagonist laments, “Everything I love is killing me — cigarettes, Jack Daniels and caffeine,” before adding his soon-to-be former lover to the list of dangerous vices. Surprisingly, the song only reached #9 in Billboard.

“Who’s Cheatin’ Who”, the album’s third single, was a bit of a surprise since Alan Jackson seemed like an unlikely candidate to cover a Charly McClain song. However, it worked surprisingly well for him. Unlike McClain’s rendition (which can be heard here), Jackson’s version has the fiddle front and center, which gives the song a more traditional feel. But while the original version reached the top of charts in 1981, Jackson’s cover peaked at a still-respectable #2.
END_OF_DOCUMENT_TOKEN_TO_BE_REPLACED 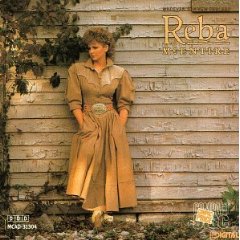 In February 1986, just seven months after Have I Got A Deal For You, Reba released her tenth studio album. She was to release yet another (What Am I Gonna Do About You) that fall. This level of productivity – unthinkable today – was commonplace in the mid 80s, and in this case at least did not result in any dilution of quality, or indeed in commercial appeal. Whoever’s In New England was another almost faultless set, and her biggest seller to date. It was her first chart-topping album, and her first album certified gold. It eventually sold over a million copies. It is hardly surprising that she was to be named the CMA Entertainer of the Year in 1986; she remains one of very few female artists to have held this title.

With not much more than six months between albums, there was only time to issue two singles (both #1 hits), but at least half the tracks here could have had potential at radio. The title track (written by Kendal Franceschi and Quentin Powers) is one of Reba’s best remembered hits, and one of her finest recordings, with a beautifully nuanced vocal as the protagonist voices her suspicions of a husband’s infidelity on his all-too-frequent business trips up north, and promises she will still be there when it’s all over and “‘Boston finds better things to do”. The dramatic storyline was perfect fodder for Reba’s first ever music video.

The second single, ‘Little Rock’, is a very radio-friendly mid-tempo number about a woman deciding being a trophy wife is not enough. The rock of the title is the wedding ring she’s planning to ditch along with her rich but uncaring husband. The strength of this album rests in the ballads, whereas its predecessor had focussed on the uptempo, and ‘Little Rock’ is one of only three faster tracks, with ‘Can’t Stop Now’, which opens the album, the one dispensable track on it. The best of the uptempo numbers is the cheery western swing of ‘One Thin Dime’ as a wife tells the husband who is leaving her all he has to do is phone to get her back.

The rest of the album consists of one superb ballad after another. The production is a little less hardcore country than the previous two, but the change is barely noticeable.

The material is quite adult at times. The delicately sensual ‘You Can Take The Wings Off Me’ (apparently also recorded by Tammy Wynette but never released) has a woman relinquishing her good-girl image. In ‘Don’t Touch Me There’ (a top 20 hit for Charly McClain in 1987), the protagonist is open to physical intimacy, but thanks to past heartbreak, rejects the emotional kind:

“You can lay your head on my shoulder
Maybe even get a little bolder
But when it comes to my heart
Don’t touch me there.”

Reba raided the vaults again for this album, covering the exquisite melancholy of ‘I’ve Seen Better Days’, recorded by George Jones and Tammy Wynette on their Golden Ring album from 1976. This sad post-divorce song was probably a little too downbeat for radio play even in the days when sad and slow was the heartbeat of country music.

Almost as sad is ‘I’ll Believe It When I Feel’ (written by Chris Waters, Tom Shapiro and Bucky Jones), as the protagonist refuses to accept her friends’ promises that she will love again:

“They say he’s out there
They say that someday I’ll forget
I’ll believe it when I feel it
But I haven’t felt it yet.”

The narrator of ‘To Make That Same Mistake Again’ (written by Roger Murrah and Richard Leigh) has also been unlucky in love, but is less beaten down by the experience, defiantly refusing to learn from her “mistakes”:

“If loving him too much is why I lost him in the end
I hope that I can live long enough to make that same mistake again.”

“I never thought I’d see the day when love would be a crime.”

My favorite track after ‘Whoever’s In New England’ is probably the Diana Rae/Jane Mariash-penned ‘If You Only Knew’, a single girl’s counsel to her unhappy married friend, which feels like a modern reimagining of the old classic ‘Single Girl, Married Girl’:

The album is easy to find both digitally and on CD.