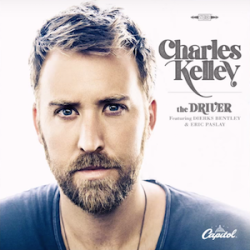 I’ll admit that seven years ago, I was a Lady Antebellum fan. Their debut album, co-produced by the illustrious Victoria Shaw, showcased a band with tremendous promise. While not earth shattering, “Love Don’t Live Here” had grit that proved they were a force to be reckoned with. “I Run To You” made good on their potential and deservedly won the CMA Single of the Year award. “Need You Now” and “American Honey” were also good, but the album that surrounded them marked the beginning of the end. After just five singles, Lady Antebellum devolved into a second-rate pop act.

When they announced their upcoming hiatus, I was thrilled. Would they use this time to reevaluate what had happened to their sound? Charge their depleted artistic batteries? Well, we got an answer this week when Charles Kelley announced a solo single and upcoming EP. As Lady Antebellum’s artistic prowess went south, Kelley’s rich baritone went along with it. He used to be the guy who let loose, a nice counterbalance to Hillary Scott’s softer soprano.

Now we have “The Driver” to contend with. Kelley’s first solo single is a piano drenched soft rock ballad that wouldn’t be out of place in Lady Antebellum’s repertoire. The track is listenable and while the lyric doesn’t have anything to say at all, it contains zero traces of bro, metro, or any other of the current trends turning mainstream country into the unrecognizable laughing stock it is today.

Is this a step in the right direction? No, it’s not. What is this song even about? You have three acts, sung by Kelley, Eric Paslay, and Dierks Bentley respectively. Kelley portrays the driver, the one in charge of bringing the circus to town. Paslay is the dreamer sitting in the front row, enjoying the show. Bentley meanwhile is the singer, giving the audience all he has during his performance. While the characters are well thought out, they don’t go anywhere. There’s no reason to care about any of them, so we don’t. Why is this song even called “The Driver” (opposed to “The Dreamer” or “The Singer”)? Is he the glue that holds everyone together?

Like a lot of modern country songs that hint at substance, “The Driver” has good bones and a clever premise. It fails because it doesn’t take the story anywhere. All we have are descriptions of three characters – no depth or soul to make them more than constructs on a casting director’s call sheet. What’s missing is the actor brave enough to take what’s on the page and turn it into a multi-dimensional character worth caring about. Why is it so novel to actually develop a story into something worthwhile?

The only credit I can give to Kelley and Co is that they’ve presented us with a tune that doesn’t out rightly offend in any major way (except the fact IT’S NOT COUNTRY. AT ALL). They’re committed vocally. I don’t hear any noticeable use of computers in place of instruments. They appear to actually be singing. None of these things should ever be a cause for celebration, but in the current climate, we have to take what we can get. I’ll reserve the ‘F’ and ‘D’ grades for the pure dreck. In comparison, “The Driver” isn’t horrible, it’s just lazy in every noticeable way. 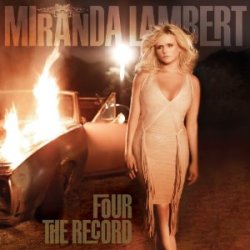 Miranda Lambert is by and large my favorite contemporary female artist because of her intrinsic ability to blend both the artistic and commercial sensibilities of country music on her records. She appeals to country radio with singles ready for heavy rotation yet restrains from populating her albums with gutless filler like her fellow artists.

Four The Record was recorded in six days, the week following her wedding to Blake Shelton.  Sessions began at 10am and lasted until midnight each day. Lambert has said she likes getting into a vibe and hunkering down to complete a record. This technique works in her favor, making the album every bit as cohesive as diverse. Plus, she’s using it to further her individuality. It sounds like nothing else coming out of Nashville right now and the uniqueness sets her apart from her peers.

Lambert is also a prime example of the quintessential songwriter. She knows how to write a killer song yet has a knack for selecting outside material from some of the most unique and interesting songwriters. Its one reason why listening to a Lambert album is such a joy. Four The Record features many such moments from Gillian Welch and Dave Rawlings gorgeous “Look at Miss Ohio” to Brandi Carlile’s folksy “Same Out You.”

I love the Welch/Rawlings ballad for it’s captivating story. Lambert has a way of making everything she sings sound interesting and she succeeds here. The air of mystery holds together the brilliant lyric – she’s running around with her ragtop down to escape the pressures of getting married. She’s fleeing her obligations to do the right thing, yet we never really know why she’s bolting to Atlanta. She’s reclaiming her independence but not without the guilt of what she’s leaving behind. It’s a story song for the ages, made even more appealing by the understated production and backing vocals by Karen Fairchild and Kimberly Schlapman of Little Big Town.

“Same Old You,” another understated winner, fell into Lambert’s lap after Carlile felt she couldn’t sell it like Lambert. I love the folksy vibe of the production here – the gentle strum of the lead guitar sets it apart from the rest of the album. But what brings the song to new heights is the Loretta Lynn-like quality of Carlile’s lyric. (Lynn is the common dominator the bonds Lambert’s friendship with Carlile). It’s refreshing when the narrator finally sees what’s in front of her – that no matter what day of the week, he’s just the same old person and he’s never going to change. When Lambert sings about how hurt his mama’s going to be when she finds out there won’t be any wedding to cap off this relationship, it shows her maturity. I like how she’s drawn to songs that bring new depths to her feistiness. She’s every bit the same woman, but doesn’t have to resort to killing off her man to prove it.

Another track to display this growth is Don Henry and Phillip Coleman’s “All Kinds of Kinds.” A sweeping ballad about diversity, it not only defines the link binding all the songs together, but spins a unique angle on acceptance. The beautiful flourishes of Dobro give the song a soft quality I find appealing and the metaphor of circus acts as a means of driving home the main point showcases the songwriters’ cleverness in crafting their story.  END_OF_DOCUMENT_TOKEN_TO_BE_REPLACED