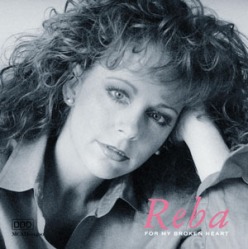 Heartbreak is at the heart of country music. Perhaps that’s because heartbreak is the common denominator for us all. No matter our lot or station in life, we’ve all lost someone or something at some point – a job to the economy, our innocence, a lover to another, a spouse to divorce or death, a child who grows up and away, or even our youth.

But how do you face multiple losses in the midst of tragedy? Alan Jackson’s ‘Where Were You When the World Stopped Turning’ after 9/11 is this decade’s healing anthem grappling with that question. In the 90s, Reba’s album For My Broken Heart as a whole was a healing agent following the tragic loss of her band, tour manager and the flight crew in a fiery plane crash on March 16, 1991 after a tour stop in San Diego.

For Reba and her husband and manager, Narvel, their family, the victims’ families and friends, the fans and the country music community, the world did stop turning. Intense tragedy knocks the breath out of you. How do you go on after such a blow to your heart and spirit?

The album, summed up in the title track, attempts to answer that question: with stumbling steps forward. Though the song ‘For My Broken Heart’ is about a congenial break-up, it traces the beginnings of how one begins to breathe again after loss:

Clocks still tickin’ life goes on
Radio still plays a song as I try to put my scattered thoughts in place
And it takes all the strength I’ve got to stumble to the coffee pot
The first of many lonely mornings I’ll have to face
You called to see if I’m ok I look out the window and I just say:

Not only are the lyrics by Liz Hengber and Keith Palmer beautiful and honest, but so are Reba’s vocals backed by light guitar accompaniment on the verses. As others have said, the restraint in Reba’s voice on many of the tracks on this album is noticeable and adds to the overall sense of tentatively moving forward. This song is a perfect opener for this album, with that in mind, from its subtle quiet synthesizer beginning to the clock “still ticking” in the lyrics of the verse to its quiet ending.

END_OF_DOCUMENT_TOKEN_TO_BE_REPLACED

In the 1980s, however, after a period using the name the Dirt Band, the Nitty Gritty Dirt Band rebranded themselves and forged a very successful career in contemporary country music. In 1988, they decided the time had come to produce a follow-up to their classic. Many of the original collaborators had died, and this time the guests included some contemporary acts and some artists from outside country music altogether, or who were from related genres. The album liner notes say, “This time they drew the circle bigger”, and talk about “the many hyphenated hybrid styles writers have used to describe all sorts of American music that comes from the heart. Big enough to embrace gospel, blues, honky tonk, Cajun and traditional folksong”. In other words, the term might not have been invented yet — but in many ways this was perhaps one of the the first self-consciously Americana albums. The result was a little more commercial-sounding than the original, but it strikes a fine balance between showcasing musical history and showing that that heritage was a living thing. END_OF_DOCUMENT_TOKEN_TO_BE_REPLACED 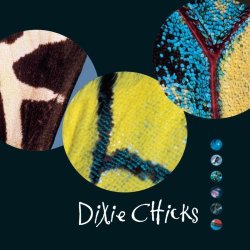 This is a new feature that I’m trying, focusing on extremely big albums that had a big impact on country music — albums that were major for their respective artists or a breakthrough in some way. For this edition, I’ll be discussing Fly, by the Dixie Chicks!

So why am I calling this album “legendary”? Well, as of now it’s not. However, I really think it will be someday, so here’s why:

-It’s certified as a Diamond album (Shipped 10 million units) in the U.S.
-Has many defining songs for the group (“Cowboy Take Me Away”)
-Had 5 top-10 country singles (Two #1’s), 8 singles total
-Is an amazing album

Unfortunately, in the future it will probably not be remembered over the Chick’s next album, Home, which is a masterpiece, but this album deserves to be remembered years from now. Any album that sells diamond is big, even though it’s impossible to do now, but this album is so good that it merits that level of success. I was only 7 when this album was big, but I remember hearing all the songs on the radio because my parents were huge Chicks fans at the time. “Cowboy Take Me Away” was always playing in our house — it became ingrained in my mind.

I never heard of the album again (due to my parents shelving the Chicks after the incident; they still won’t listen to them) until 2 years ago when I saw the music video for “Goodbye Earl” on CMT one day. Then I rooted around for the CD, found it, and eagerly listened to it. I discovered a wonderful contemporary country album, done right — unlike most current albums. The album felt like an old friend that I hadn’t seen in a while, since I had heard it so many times.

This album manages to balance being commercial, country, artistic and successful, to great success in my opinion. The singing is top-notch,and the production is perfectly engaging, but not distracting — it still sounds good after 10 years!