Leave a comment Posted by Jonathan Pappalardo on January 11, 2018 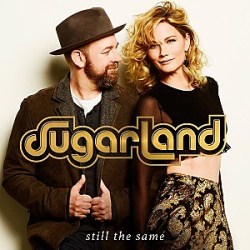 Sugarland has reunited in an effort to reverse Jennifer Nettles’ commercial fortunes after her most recent solo album failed to produce any big hits. This is her last-ditched effort to remain a major piece of the mainstream conversation. The optimist in me was cautiously excited that this reunion would mean their return to quality music (and a reunion with their strongest writing partner Bobby Pinson) that would finally wash us clean of the bad taste The Incredible Machine left in our mouths.

The bad taste is as strong as ever. “Still The Same” is repetitive, dirty and completely devoid of personality. The production continues down their well-traveled road of borrowing heavily from the arena rock playbook (complete with muddled noise and computer-generated drum loops) written by U2. They make a half-hearted attempt at another “Stuck Like Glue” style “breakdown” and reduce the bridge to a bunch of oohs.

If anything this song does achieve its objective. They are “Still The Same.” Not much has changed in the seven years since The Incredible Machine. That might be comforting to some fans, but it isn’t to me. Now, I’m not going to write off the artistic credibility of their comeback on one song. It’s a right these days that artists will often release the worst song off their album as the lead single. I still have hope that an “Already Gone” or a “Stay” lurks around the corner. It isn’t high hope, but I still have it.