While it does become harder and harder to assemble this list each year, it always amazes me that quality country music does exist, even if the upper echelon of the airplay chart screams otherwise.  Sit back and enjoy what I consider the ten best singles released this year:

Go online and you’ll find countless videos of Tucker where she details the volatility of her relationship with Glen Campbell. She freely admits to the drug and physical abuse that defined their union, which became a cornerstone of her early 20s. Even after they split, and she went onto some of her greatest success, she clearly never truly got over him.

More than a tribute to Campbell, “Forever Loving You” is an exquisite love song. Tucker is in fine voice, which makes the longing for new music all the more aching. Why does this have to be a standalone one-off and not the lead track to a new album?

Easily Jackson’s greatest achievement since “So You Don’t Have To Love Me Anymore.” He’s in a contemplative mood, looking back in the year he received induction into the Country Music Hall of Fame. If this is any indication, I look forward to whatever he chooses to do next. 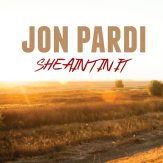 The best mainstream single of 2017 comes from the newly crowned CMA New Artist of the Year. The lyric isn’t earth-shattering, but the drenching of fiddle and steel more than makes up the difference. With his solid foundation in traditional country and his willingness to stay true to himself no matter the cost, Pardi’s future is bright. As of now, he’s one of the good guys.

A housewife is begging her husband to engage with her. He won’t bite except to dismiss her feelings or downright ignore their partnership. She’s exhausted from their loveless marriage, and the part he’s playing in it, so much so she wonders, “either I’m a fool for asking or you belong in Hollywood.” The first of two songs in this vein comes with that killer hook and Womack’s equally effective performance. 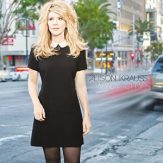 Krauss revives a somewhat obscure Brenda Lee hit from 1965 and knocks it out of the park. The covers album that followed is just as rich and deeply satisfying. 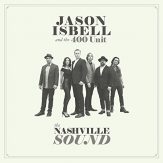 If life didn’t come with an expiration date, would we love as hard? Isbell asks that central question on the stunning centerpiece from That Nashville Sound. He proves mortality is actually a good thing, not something to be feared. For my ears, “If We Were Vampires” is the love song of the year. 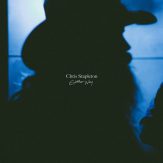 In my more than twenty years of seriously consuming country music, no song has stuck with me as long or had as great an impact on my psyche as “Either Way.” Lee Ann Womack brought it to life eight years ago in what still remains the song’s definitive version. Stapleton sings the fire out of it, too, but his greatest achievement is being the man who wrote it. He’s easily among the upper tier of the greatest country songwriters of his generation.

Clark teamed with Lori McKenna on an anthem for the women who assume all titles without a man to even the score. Both have recorded it, but it’s Clark who found the subtly within the lyric and ultimately drove it home. 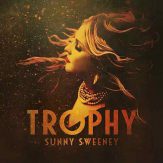 2. Sunny Sweeney – Bottle By My Bed

Many songs have been written about the struggle for a woman to conceive, but none are as achingly beautiful as Sweeney’s tale of heartbreak in the wake of a miscarriage. A powerful and universal tale for anyone who has suffered the same fate. 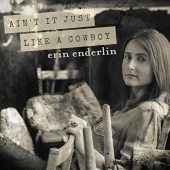 I didn’t have a clear favorite single this year until I played these ten songs back-to-back when considering the rankings. Enderlin blows away the competition with her story of a wife realizing how foolish she is for staying with the cheating bastard who probably never loved her in the first place. A true country ballad for the ages.