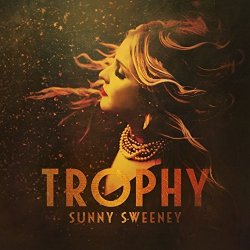 The first single from Sunny Sweeney’s much anticipated new album is something of a change of pace emotionally. Coming to the song cold I expected this to be about the alcoholic type of bottle, but it is something quite different. Drawing on her real life experience of infertility the song, which Sunny wrote with Lori McKenna, voices her and her husband’s longing for a baby.

She compares her life, apparently enviable, but empty, to that of friends already raising children, whereas she has “an empty room at the top of the stairs”. She says she would be happy to exchange worldly possessions for the baby bottle, and later the carpool.

Occasionally addressing the future child she dreams of, she declares,

There is a thread of hope saving the mood from one of self-pity, ending the song with “We wait”.

This is a subject rarely addressed in country music. There’s an obscure track by Kellie Coffey, ‘I Would Die For That’, and the Dixie Chicks’ more allusive ‘So Hard’ (from the post-controversy Taking The Long Way). But Sunny’s song is the best written of these three, and the one which speaks most strongly to me. It has a special resonance for me as my mother has talked about her own struggles with fertility, many years ago, putting strain on my parents’ marriage before eventually adopting me and my brother, a path less easily available nowadays.

I’m not sure I can hear this as a radio single, but it is the kind of song which gives country music its reputation as the reflection of true life in all its complexities.

Listen here, and read an interview with Sunny about the background to the song.

2 responses to “Single/Song Review: Sunny Sweeney – ‘Bottle By My Bed’”