Leave a comment Posted by Occasional Hope on September 28, 2016 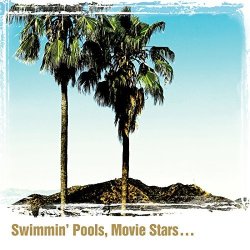 Dwight Yoakam may be best known for his Bakersfield Sound and California country rock influences, but he was born in Kentucky. Bluegrass influences have occasionally been revealed in odd tracks over the years, but on this first bluegrass album, Dwight revisits a generally fairly obscure selection of his older material and makes it over, with the help of producers Gary Paczosa and Jon Randall. This is not a politely acoustic ‘pretty’ bluegrass set, or a self-consciously traditional one, but a punchy rough-edged one with drive and attitude. The harmonies and backing vocals are actually sometimes a bit rough, but always intense and with a live feel.

The doomladen murder-threatening ‘What I Don’t Know’ (originally from Dwight’s 1988 masterpiece Buenas Noches From A Lonely Room) works really well done bluegrass, with an intensely wailing vocal reminding us of the protagonist’s pain and anger. This track is outstanding. Also excellent is the best known song to get the bluegrass treatment, ‘Guitars, Cadillacs’, while the other one-time hit ‘Please Please Baby’ is lively and entertaining.

The pained ‘Two Doors Down’ (from This Time in 1993) is not vastly different from the original, which is a good thing. Also very good is the delicately melancholic ‘Home For Sale’, featuring a booming bass harmony vocal behind Dwight’s lead.

‘These Arms’ was one of the best songs on 1998’s A Long Way Home, and it works much better here with the bluegrass arrangement and an intense vocal. ‘I Wouldn’t Put It Past Me’, from the same era, is twangier than the original, and ‘Listen’ is brighter; both are improvements.

I quite enjoyed ‘Sad, Sad Music’, but in this case I prefer the fiddle led waltz-time original (on If There Was A Way in 1991) to the speeded up version here, which detracts from the melancholic emotion of the lyric.

I disliked the instrumentation on the original version of ‘Free To Go’ (on 2000’s Tomorrow’s Sounds Today), so the bluegrass version was an automatic improvement, but it’s a relatively uninteresting song. ‘Gone (That’ll Be Me)’ is just okay.

The most eccentric choice is the only non-Yoakam original to be included: a cover of Prince’s ‘Purple Rain’. The melody is not a bluegrass or country one, and it all feels bizarrely out of place, although Dwight sings it with feeling and it may appeal to those with adventurous tastes.

This is an interesting album rather than an essential one, but it is worth hearing for yourself.