Retro Album Reviews: New and old music from some veteran artists in 2007 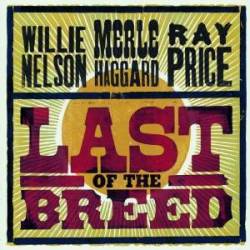 Back in the days writing for the 9513 Blog, I would post occasional reviews on Amazon. We are republishing updated versions of some of those reviews here.

This may be the Holy Grail of classic country recordings. Three legendary figures in Ray Price, Willie Nelson and Merle Haggard, singing twenty-two selections containing some of the greatest country songs ever written, although not necessarily the biggest hits of Willie, Ray or Merle (except a cover of Ray’s “Heartaches by the Number”). On eleven (11) of the tracks all three artists appear. Ray and Merle each have a solo (Ray’s with Vince Gill assisting), and the rest feature two of the three (with Kris Kristofferson assisting on “Why Me”). The backing band consists of top current session men and some legends who played in the bands of the legends such as Buddy Emmons and Johnny Gimble. Plus the legendary Jordanaires can be heard on several tracks.

Ray Price has had the lowest profile of the three over the last ten or so years, but even at 81 years of age, he is one of the most effective singers on the planet. It is no knock on either Willie or Merle to say that neither is in Ray Price’s league as a pure singer – no one else is either. Maybe this CD will sell well enough to introduce a new generation to the music of Ray Price. If so, it will have done everyone a big favor.

To summarize: Buy It.

Good recordings of classic Ray Stevens material but quite a few remakes that lack the sparkle of the originals. In a nutshell, if it was originally issued on Curb or Clyde, it’s probably the original recording but if it was issued on Mercury, Barnaby, Monument, MCA or RCA then it’s likely a remake.

If you haven’t heard these recordings before, or its been a long time since you’ve heard them, beware – you may bust a gut laughing.

Even with the remakes, it’s well worth purchasing.

While it could have been better, this collection gives a balanced look at Jimmy’s career. Best known for his diminutive size and novelty tunes, Jimmy was a superior ballad singer as tunes such as “My Heart’s Bouquet”, “Just When I Needed You”, “Take Me As I Am (Or Let Me Go)”, “We Could” and “Violet And A Rose” amply demonstrate. Yes, the novelties are here as well as a few of the jump tunes, but it’s the ballads that will enhance your appreciation of Little Jimmy Dickens. I would like to see a more encompassing collection, including more of his hillbilly boogie and his recordings on MCA /Decca, but until that happens this is a fine collection.

4 responses to “Retro Album Reviews: New and old music from some veteran artists in 2007”