Single Review: Dwight Yoakam – ‘Tomorrow’s Gonna Be Another Day’ b/w ‘High on a Mountain of Love’ 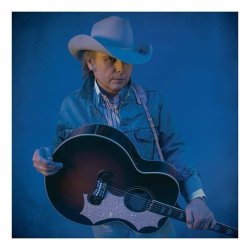 Dwight Yoakam’s latest effort comes to us courtesy of Third Man Records, a niche label specializing in vinyl releases that was founded by Jack White in 2001. The 7″ single was released last week, with White himself producing. Both the A and B sides of the record are remakes of songs whose origins are from outside of country music. Written by Tommy Boyce and Steve Venet, ‘Tomorrow’s Gonna Be Another Day’ was originally a 1966 album cut for The Monkees. I’d never heard it before but it works reasonably well as a rockabilly number and is not all that different from a lot of Yoakam’s other rock-tinged offerings. It’s a decent song, but probably not one I would have chosen to resurrect for a single release. I prefer the B side of the record, ‘High on a Mountain of Love’, which was recorded by a number of pop acts in the 1960s. It was also a #1 country hit for Charley Pride in 1981. I remember listening to and greatly enjoying that version when I was growing up.

Both songs are pleasant enough and well performed by Dwight, but Jack White is not my favorite producer and his choices here had tremendous negative impact on my ability to enjoy either song. The arrangements on ‘Tomorrow’s Gonna Be Another Day’ are cluttered and busy. ‘High on a Mountain of Love’ is better in that respect, but one has to almost strain in order to hear Dwight’s vocals over the music. This is also true, to a somewhat lesser extent on the A side of the record. Both recordings have a very tinny low fidelity sound, which I suspect was deliberate and probably a way to tie into the “vinyl is cool” mentality. They sound like they were recorded in a garage. I didn’t like that production approach when White used it with Loretta Lynn and I don’t like it now. Both of these tracks would have been a whole lot better if they had been recorded in a more conventional manner.

4 responses to “Single Review: Dwight Yoakam – ‘Tomorrow’s Gonna Be Another Day’ b/w ‘High on a Mountain of Love’”