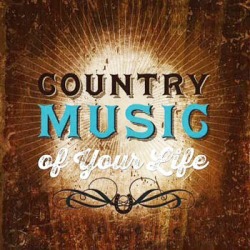 Time-Warner has long been a trusted name for providing excellently re-mastered music in various genres of music. Country music fans may remember the Country USA series that covered each year for the period 1950-1972 with 24 songs, including some interesting songs that weren’t necessarily the biggest hits (usually because they weren’t on major labels).

The R&B market was covered by a similar series and the Easy Listening market hit the jackpot with the Your Hit Parade series that exhaustive covered the years 1940-1960 by year plus a bunch of CDs that grouped music together by theme or topic and extended the series into the 1960s, I don’t know whether or not I have the entire Your Hit Parade series but I do have forty-one CDs of the series covering about 1000 recordings.

Subsequent Time-Life series have featured the same digital mastering and useful notes but have been less exhaustive in scope. The Contemporary Country series would cover a three or four year period with a single disc of 22 songs, so the lesser known and minor label songs largely were gone. The latest Time-Life series is a collaboration with Music of Your Life, a radio format largely devoted to the easy listening/adult contemporary music market. Time-Life has collaborated before with Music of Your Life in assembling CDs of the music usually associated with the format. The actual label for this set is Star Vista/Time Warner.

Titled Country Music of Your Life, this latest set is a group of five two-CD sets in standard CD jewel boxes that hold two CDs. The booklet in the jewel box gives only the songwriting and publisher credits and billboard chart information . Additional information is contained in the 36 page book enclosed in the box. The titles of the CD sets are Talking In Your Sleep, Satin Sheets, I Believe In You, For The Good Times and Sweet Country Ballads. All but the last set are named after a song featured on one of the discs of the set.

By and large the first four sets are just random assortments of songs. All of the songs are big hits performed by the artists that enjoyed the hit, and the songs cover a wide range of dates. The first set has Hank Williams’ posthumous 1953 hit “Your Cheatin’ Heart” and Kenny Rogers’ 1980 hit “Lady” with sixteen of the tracks from the 1970s. The second set follows a similar pattern with Lefty Frizzell replacing Hank Williams as the token early 1950s representative.

The fifth set would please any fan of traditional country music (aside for the two Elvis Presley tracks, one a cover of “Green Green Grass of Home”). This set includes such gems as “Crazy Arms”, “Once A Day”, “Ring of Fire”, “Walk Through This World With Me” and “Please Help Me I’m Falling”. In theory the set consists of four two-CD sets with the fifth set as a “free bonus” (the television advertising was misleading). Accordingly, the enclosed book, although truly excellent, only covers the first four sets. The book is concise and well-written, giving interesting tidbits of information about the song and/or the performance, there are eight full page photographs of some of the stars (I think they reversed the image of the Glen Campbell photograph, which I recognized as the cover photo from Glen’s Wichita Lineman album) . Here’s an example of the book’s tidbits, this one about Sammi Smith’s “Help Me Make It Through The Night”:

“Whatever criticism that had been leveled against Nashville’s conservative approach to how records sounded, there’s no question that the songs themselves were getting edgier. Sammi Smith moved to Music City in 1967 and befriended songwriter Kris Kristofferson. County fans bought into the sexual frankness of ‘Help Me Make It Through The Night’; the single went gold,earning Grammys for both Smith and Kristofferson. Smith’s record also boosted Kristofferson’s reputation as one of the best songwriters of his generation.”

Here’s another, this one on Waylon Jennings’ “Amanda”:

“Bob McDill called ‘Amanda’ an apology to his wife, Nan, and it almost became the hit that got away for Waylon Jennings. McDill sent the demo to Waylon’s office, where it got lost. Jennings, who first heard the song when Don Williams’s version came out in 1973, recorded ‘Amanda’ for his 1974 album The Ramblin’ Man. RCA added overdubs nearly five years later; the “new and improved” ‘Amanda’ gave Waylon his seventh No. 1 hit as a solo artist.”

The booklet in the jewel box for the fifth or “bonus” set is flawed in that it only gives information for the first disc in the set.

If you are new to country music and suspect that there is more to the genre than Rascal Flatts, Jason Aldean, Luke Bryan and (ugh) Florida Georgia Line, this set is a good starting point. With the notable exceptions of Ernest Tubb, Carl Smith and Webb Pierce, most of the most significant artists of the period 1952-1988 are represented here, even if there is a bit more Elvis Presley and Olivia Newton-John than I feel is justified. The sound quality is terrific – you won’t hear better recordings of these songs.
Apparently there is a deluxe edition available for purchase which features 270 songs on eighteen discs. In either version the discs average 15 songs per CD (30 songs per set) and cost about $15 per disc or $30 per two disc set. Payment installments are available.

I would give the following grades:

The song lists as well as ordering information can be found at the Time-Life website.