To celebrate their 50th anniversary, The Academy of Country Music Awards is being held at AT&T Stadium in Dallas, TX  this Sunday on CBS. Blake Shelton is returning for his fifth year as host while Luke Bryan will co-host for the third consecutive time. Notable performers include George Strait, Reba McEntire, Garth Brooks, and Dierks Bentley along with the usual mainstream country suspects. Nick Jonas and Christina Aguilera will also take the stage as part of unique duets.

Along with the regular awards, the ACM will also be handing out specially designed 50th anniversary Milestone Awards to Taylor Swift, Kenny Chesney, Miranda Lambert, Brooks & Dunn, Reba McEntire, Garth Brooks and George Strait. (Swift is expected to accept in person despite distancing herself from the genre).

Check out the nominations, here.

Entertainer of the Year

Garth Brooks, who has six previous wins, is nominated for the first time since 2001 in a year that saw him break ticket sale records, but underwhelm with his Man Against Machine album. The absence of Taylor Swift, George Strait and Tim McGraw left the category open for some fresh blood, resulting in Florida Georgia Line’s first nomination.

Should Win: Garth Brooks – he continues to show how it’s done, twenty-five years after his debut.

Will Win: Luke Bryan – he’ll ride his CMA momentum all the way to the finish line, scoring his second win in three nominations.

Male Vocalist of the Year

Despite eight previous nominations with five wins, it’s not shocking to see Brad Paisley included here. But after such an underwhelming year, it’s still surprising to see him included in a six-way tie. Dierks Bentley scores his second nomination in ten years, while half of the remaining four consist of previous winners. Jason Aldean has taken home this award for the past two years.

Should Win: Dierks Bentley – His only previous nomination came in 2005, while he was still in the promotional cycle for his sophomore album. His stature has only risen in the years since, with critical acclaim and consistent support from country radio, making him long overdue for his turn in the spotlight.

Female Vocalist of the Year

With Taylor Swift out of the running, the field is now open to a wider pool of performers. Martina McBride scores her fifteenth nomination, while Brandy Clark is celebrating her first. The final slots are comprised of the usual suspects, all of which have done enough in the last year to rightfully earn their nominations.

Should Win: Brandy Clark – she hasn’t scored a radio hit, but saw significant gains in the wake of her Grammy performance of “Hold My Hand,” assisted by Dwight Yoakam. A critical darling, she’s a songwriter with a mainstream twang, which adds an extra appeal to 12 Stories.

Will Win: Miranda Lambert – She’s already won five, which puts her just behind Reba McEntire who has seven. She’ll inch closer to tying McEntire’s record this year, and may even surpass it, if she keeps her title as the de facto mainstream country vocalist of her generation.

Vocal Duo of the Year

Florida Georgia Line, the probable winner, scores their third nomination while headed towards their second win. First time nominee Maddie & Tae could pull an upset, but the lack of any nominations for “Girl In A Country Song” won’t endear them to voters here. The rest of the bunch is pure filler, acts that don’t have even one sizable hit between them.

Should Win: Florida Georgia Line – even if you combine the success of every other nominee, no one even comes close to touching Brian & Tyler.

Will Win: Florida Georgia Line – They are the duo of the year, vocal or otherwise.

Vocal Group of the Year

Rascal Flatts are in the running for the first time in four years, while Zac Brown Band are on their sixth consecutive nomination without a win. The Band Perry, the victors last year, hasn’t made any significant gains in the past twelve months and is likely out of any serious consideration.

Should Win: Zac Brown Band – six nominations, zero wins. This might not be their year, but hopefully the increased exposure from Jekyll & Hyde will put them firmly in the running for the 2016 telecast.

Will Win: Little Big Town – With an additional nomination for Album of the Year, and one lone win here back in 2012, they’ve emerged the category frontrunner. “Day Drinking” wasn’t as impactful as “Pontoon,” but it wasn’t any less of a radio hit. The recent dustup over “Girl Crush” has only made them more prominent within the genre, which helps their case even more.

Album of the Year

With three victories, Miranda Lambert is tied with Alabama, Alan Jackson, and George Strait for most career wins. That’s posed to change this year, when she more than likely scores an historic fourth trophy for Platinum. Tim McGraw, who took the category 20 years ago for his sophomore effort, is absent the year he releases his strongest album in more than a decade. Little Big Town and Dierks Bentley are in the running for the first time, while Jason Aldean is here for the second time, as is Eric Church, who won previously for Chief.

Should Win: Riser – The best of this bunch by a long shot

Will Win: Platinum – As it stands, Kerosene is the only one of Lambert’s albums not to win this award (it wasn’t even nominated). She has an impeccable track record not matched by any other artist, and with immense critical acclaim for her fifth set, she should continue her dominance. 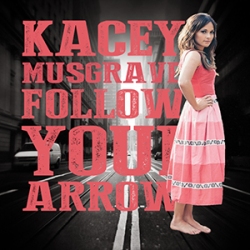 Song of the Year

“Drink A Beer” is the most overrated and underwritten composition to vie for this award in recent memory. “American Kids” and “I Hold On” are filler nominees, especially when pitted against the remaining entries, all of which easily deserve to take this home.

Should Win: “Follow Your Arrow” – The winner in the CMA’s equivalent category isn’t just a fantastic song, it’s a battle cry tearing down walls and bringing country music closer towards sexual equality.

Will Win: “Automatic” – She won as the artist who sang “The House That Built Me” and as the artist and co-writer of “Over You.” She’ll easily add a third trophy to that collection with the lead single from Platinum, a track she co-wrote with two of her closet girlfriends. That is, if the significance of “Follow Your Arrow” can be ignored. 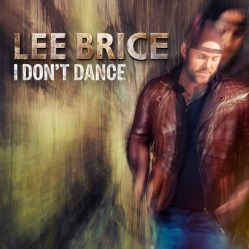 Single Record of the Year

Miranda Lambert, the victor for the past two years, is tied with Willie Nelson and Alan Jackson for three trophies apiece. Only “Dirt,” which showed welcomed diversity for Florida Georgia Line, poses any threat of dethroning her.

Should Win: “I Don’t Dance” – This is a killer record co-written, produced, and sung by Lee Brice. He’s currently unmatched at what he does and deserves to be rewarded for it.

Will Win: “Automatic” – There’s no way it won’t be three-in-a-row for Lambert, who took home the CMA equivalent not even six months ago. They should just engrave the trophy and send it to her now. 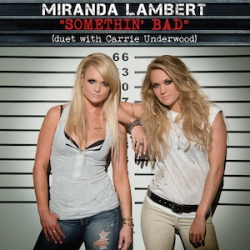 Vocal Event of the Year

Tim McGraw and Faith Hill have two previous wins together, while McGraw took home a third for his 2006 collaboration with Tracy Lawrence and Kenny Chesney. A fourth win would cement his place as the all-time victor in the category (he’s tied with Brad Paisley for three apiece). But he is going up against Miranda Lambert, who’s looking to repeat in the category after winning with Keith Urban last year.

Should Win: “Meanwhile Back At Mama’s” – McGraw & Hill’s first official duet in seven years may be light on Hill, but it’s the best sonic and lyrical record in the bunch.

Will Win: “Something Bad” – McGraw and Hill’s duet isn’t an overly remarkable collaboration as far as duets go, thus making room for another trip to the podium for Lambert. With Carrie Underwood by her side, this is an irresistible combination that will be difficult for voters to ignore.

Video of the Year

The Academy of Country Music was founded in 1964 with the mission of awarding West Coast based country artists such as Merle Haggard and Buck Owens. In the 50 years since, the core mission has been suppressed, as the ACM has expanded to bigger and better things. That being said, a favorite in those early years was Glen Campbell, who has his first nomination in forty years with the promotional video for his final single.

Should Win: “I’m Not Gonna Miss You” – perennial ACM Favorite Glen Campbell has been nominated for a video few even know exist. He likely wouldn’t be here without his Alzheimer’s diagnosis, but it makes the nomination just that much sweeter.

Will Win: “Drunk on a Plane” – The attention has been on Dierks Bentley’s party-in-the-sky clip for the better part of the year. The ACM will likely agree with the CMA and give it their Video of the Year prize, too.

Songwriter of the Year

It’s been fifty years since Roger Miller took the inaugural award and four years since the ACM revived it. No modern songwriter matches the artistic brilliance of Miller, most of all Dallas Davidson who won in 2011-2012. Last Year’s victor, Shane McAnally, a co-writer on “Follow Your Arrow,” is up for Song of the Year. Neither Davidson nor McAnally are vying for the trophy this year.

Should Win: Josh Osborne – He’s written a mix of bro-country themed tunes by the likes of Sam Hunt and Eli Young Band, but he also has significant co-writes like Kacey Musgraves’ “Merry Go ‘Round” and cuts like “End of the World,” which Trisha Yearwood released on last year’s PrizeFighter: Hit after Hit. He’s proven his commercial and artistic worth.

Will Win: With an evenly matched group of nominees, every contender has an equal shot of taking the trophy home.

It would be a different story if Chris DeStefano, who was rudely snubbed, had been in the running. With credits including Brett Eldridge’s “Don’t Ya,” Miranda Lambert and Carrie Underwood’s “Somethin’ Bad,” Underwood’s own “Something In The Water,” and co-writing the majority of Chase Rice’s album, he would’ve won in a landslide.

New Artist of the Year

No solo female artist has won this award since Julianne Hough’s fan-voted victory seven years ago, and with a field of eight solo male artists, that isn’t likely to change anytime soon. Brandy Clark, who was a New Artist CMA nominee, should’ve been a contender here, but the ACM made the wiser decision to give her a Female Vocalist nomination instead.

With the fan vote factored in, Sam Hunt, Cole Swindell, and Thomas Rhett will vie for the final prize.

Should Win: Sam Hunt is the biggest of the three while Thomas Rhett is easily the most criticized for his questionable artistry. In all honesty, none of three truly deserve to win. But solely based on success alone – Rhett and Hunt are neck and neck.

Will Win: Cole Swindell – The fans love this Luke Bryan clone and with the award in their hands, he stands the best chance of walking away the winner.

4 responses to “Predictions for the 50th annual ACM Awards”