Leave a comment Posted by Jonathan Pappalardo on February 4, 2015

It’s early February, which means it’s time for the annual Grammy Awards telecast, airing this Sunday at 8pm on CBS. Look for performances from Eric Church and Miranda Lambert, plus winners in the Country and American Roots categories.

Consisting of four former winners, who have proven perennial Grammy favorites, this couldn’t be a more predicable group of nominees. Miranda Lambert won the CMA Award so she has less of a chance of winning here, but really everyone has a very good chance of walking away with the trophy.

Should Win: “Give Me Back My Hometown” – The buzz surrounding The Outsiders coupled with the fact he’s never won a Grammy, should be enough to push him over the top.

Will Win: “Something In The Water” – With a win for “Last Name,” the Grammy voters proved they would award Carrie Underwood for just opening her mouth. She made quite a splash this year, so look for her winning streak to continue. 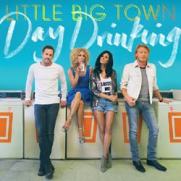 A banal group of mainstream fare, these nominees are far more flash than artistry. The Band Perry has the best song, but Kimberly’s feathery vocal, likely from screaming too much during the Pioneer era, hinders their Glen Campbell cover.

Should Win: “Meanwhile Back At Mama’s” – Although it wasn’t much of a duet, Tim & Faith should be rewarded solely for McGraw’s artistic comeback.

Will Win: “Day Drinking” – Miranda and Carrie won the CMA, which dramatically hurts their chances here. That’ll leave room for Little Big Town to swoop in and claim victory with their anathematic earworm.

A sentimental nod for Glen Campbell gives these nominees, which are otherwise tethered to mainstream fare, a bit more variety. He could very easily win on principal, which would be a wonderful thing to see.

Should Win: “I’m Not Gonna Miss You” – a win now for Campbell would indeed be wonderful, especially after all he’s been through.

The strongest of the country categories, with five worthy nominees, including two that should be duking it out to the finish.

Should Win: It’s a statistical dead heat between 12 Stories and The Way I’m Livin.’ Brandy Clark and Lee Ann Womack turned in stellar recordings that, in their own right, each deserve this award.

Will Win: The Outsiders – Eric Church’s wildly uneven fourth album has a buzz that cannot be ignored. It’s a good project, but nowhere near the artistic caliber of Clark and Womack’s sets.

I’m not as well versed here, but Rosanne Cash and Nickel Creek turned in valiant efforts and Alison Krauss is featured on a track.

Should Win: “Destination” – Nickel Creek came back together after nine years, bringing with them their artistic gains from solo and side projects. Their astounding growth shouldn’t be ignored.

Will Win: “And When I Die” – I never bet against the obvious, Alison Krauss is featured here, but I could easily see Rosanne Cash taking this home as well. 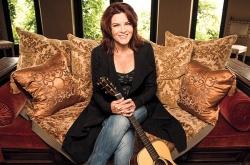 I’ve only heard Rosanne Cash’s track, and while good, it isn’t “When The Master Calls The Roll.”

Should Win: “A Feather’s Not A Bird” – I’d still give this one to Cash

Will Win: “Pretty Little One” – Steve Martin wins without even trying, so he has the edge here. Jesse Winchester, who passed away last year, could also claim the sentimental vote. 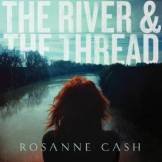 All hail the might God that is Sturgill Simpson. Most were furious he wasn’t in the Best Country Album category, since his album has Country Music in its title, but its experimental nature makes it a perfect fit here. I haven’t been able to get into him (sacrilege of the highest order) but I can appreciate his artistry.

Should Win: The River & The Thread – Rosanne Cash’s impeccable ode to her family legacy is one of the year’s true masterworks

Will Win: The River & The Thread – Cash has the name recognition to pull this off and it couldn’t be more deserved. But she isn’t Simpson, and that could hurt her, and everyone else in this category.

This is quite the substantive category, with at least three nominees that could emerge victorious.

Should Win: I honestly don’t have any idea

Will Win: Only Me – Rhonda Vincent is the biggest name here, a fact that usually secures a win