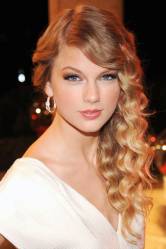 I was really happy to hear about the release of Taylor Swift’s new single last week. Now there’s something you never thought you’d hear me say. But (you knew there had to be a “but” coming, didn’t you?) I should qualify that comment by saying my mood was not affected so much because I was looking forward to listening to new Taylor Swift music, but because the single “Shake It Off” is a watershed moment in Swift’s career, as the artist, her label and her publicists acknowledge that 1989, Swift’s forthcoming album, is not country, but pop.

I will be the first to argue that this is hardly news and that Swift’s music was never really country to begin with, but it’s nice to hear the people responsible for marketing her finally admit it. While Swift’s defenders have argued for years that she was bringing new fans to the country genre, I always maintained that her youthful fanbase was unlikely to embrace the genre at large, and that Swift herself would eventually decide that the pop world was a better fit for her. The shift began with the release of 2012’s “We Are Never Ever Getting Back Together”, which became the first Taylor Swift single to be deemed not country enough for country radio. It spent nine weeks at #1 anyway, due to a ridiculous change in Billboard’s chart tabulation methodology, but that is a separate topic.

The good news in all of this is that we may finally be able to turn on a country radio station without hearing Taylor’s latest romantic misadventures. The bad news is that we will still have to put up with the likes of Florida Georgia Line, Rascal Flatts, Eric Church, Jason Aldean and countless others who are still dominating the country airwaves. And possibly more disturbing is the idea that someday Swift herself may be back. This is, after all, not the first time country music has been used as a launching pad for bigger and better things. Many artists have tried, with varying degrees of success; most of all of them attempted to come back to Nashville when the pop world lost interest. Let’s take a look back at some other famous crossover artists:

Raised in Australia, Olivia Newton-John returned to her native Britain to launch her career in 1966. She enjoyed some limited pop success in the US starting in 1971, but it was 1973’s country-flavored “Let Me Be There” that was her breakthrough hit. It was a Top 10 hit on the country, pop and adult contemporary charts. She repeated the feat with the following year’s “If You Love Me (Let Me Know)” and “I Honestly Love Love You”. That year the CMA awarded her its Female Vocalist of the Year award, breaking Loretta Lynn’s winning streak. A backlash followed, resulting in the formation of the the Association of Country Entertainers, a short-lived organization that was meant to lobby for artists with “legitimate” country credentials. Olivia continued to enjoy success on the country charts through 1976. In 1978 she starred in the film Grease, and from that point on her music went much further in a pop direction. She made a brief comeback in Nashville in 1998 when she signed with MCA and released Back With A Heart which failed to produce any hits.

John Denver began his career in as folk singer/songwriter in the late 1960s. 1971’s “Take Me Home, Country Roads” was a minor country hit in the US, peaking at #50, but it reached #17 on the Canadian country charts and was a Top 5 pop and adult contemporary hit in both countries. He was primarily thought of as a pop artist, but scored #1 country hits in 1974 and 1975 with “Back Home Again” and “Thank God I’m A Country Boy”, repectively. He was awarded the CMA Entertainer of the Year trophy in 1975, and like Olivia Newton-John’s female vocalist win the prior year, it was not well received in some quarters. In an infamous moment, a noticeably intoxicated Charlie Rich, who was presenting the award, set fire to the card bearing Denver’s name as the winner. Ironically, Rich himself was a “carpetbagger”, having started his career as a jazz and blues singer. As for John Denver, his country hits were few and far between after that. He reached #1 with 1975’s “I’m Sorry” and did not enjoy another Top 10 country hit until 1981’s “Some Days Are Diamonds”. “Wild Montana Skies”, a 1983 collaboration with Emmylou Harris, reached #14. His final country Top 10 was 1985’s “Dreamland Express”. John Denver died in 1997 when the small homebuilt aircraft he was flying crashed into the Pacific Ocean off the coast of Calilfornia.

Canadian singer Anne Murray was always the first to admit that she was not a country artist, although she enjoyed success on the country charts almost from the beginning of her career, thanks in part to her associations with her producer Brian Ahern (who went on to produce Emmylou Harris’ early work) and fellow crossover artist Glen Campbell, whose variety show on CBS introduced Murray to US audiences. Her first hit was 1970’s “Snowbird”, which was a Top 10 hit on the country, pop and AC charts in both the US and Canada. After that, Capitol Records tried to market her to both the pop and country markets, often pairing up a pop single with a country B-side. 1974’s remake of The Beatles’ “You Won’t See Me”, was a #1 hit on the AC charts, while its B-side “He Thinks I Still Care”, a remake of George Jones’ 1962 hit, was Murray’s first #1 country hit.

Beginning in the 1980s, middle-of-the-road artists fell out of favor with Top 40 radio. Many of them just disappeared from public view, but thanks to her country fanbase, Anne Murray continued to enjoy hits in the US through the first half of the decade. Her pop and AC success in the US had waned, but she remained popular in her native Canada and also enjoyed some big hits on the US country charts. She reached #1 with 1983’s “A Little Good News”, which won a Grammy for Best Country Vocal Performance. It also earned the Single of the Year award from the CMA, which also named the album of the same title as its Album of the Year, marking the first time the award had gone to a non-American artist. These victories did not create the firestorm that the Olivia Newton-John and John Denver wins did a few years earlier.

Anne was never entirely comfortable with Capitol’s efforts to market her as a country artist and in 1986 decided to go in another direction with the synthesizer-heavy pop album Something To Talk About. Ironically, the first single from that project “Now And Forever (You And Me)” performed poorly on the pop charts but became her final #1 country hit — at the peak of the New Traditionalist movement. After that, her career entered a dry spell. She eventually returned to a more country sound in 1990, enjoying one more Top 5 hit on the US country charts with Hugh Prestwood’s “Feed This Fire”.

My colleague Paul Dennis once said that Crystal Gayle would never have been considered a country artist had she not been the younger sister of Loretta Lynn. I’m not sure that I agree, but I am sure that Miley Cyrus would never have received any love from country radio if it had not been for her own family connections. “Ready, Set, Don’t Go”, her 2007 duet with her father Billy Ray, reached #4 on the country charts. After that, Walt Disney Records began marketing her to both country and pop, trying to make her their own version of Taylor Swift, although Miley’s impact on the country charts was negligible. Her 2009 solo effort “The Climb” reached #2 but “Hoedown Throwdown” failed to make any dent in the country charts, though it performed well on pop charts internationally. This prompted Miley to announce that she was severing her Nashville ties, finding country music too restrictive. The news was met with a collective yawn (and later a sigh of relief) by Nashville. She has since enjoyed success making soft-porn music videos and smoking pot and twerking on stage at awards shows.

These are only a few of the many artists that have enjoyed success in both the pop and country worlds. Some have very deliberately pursued pop success, while others have done it more stealthily — releasing more pop-sounding music to reach a broader audience while denying that they were doing so. There are far too many to mention in just one article. Feel free to discuss any others in the comments section.