Leave a comment Posted by Occasional Hope on September 5, 2013 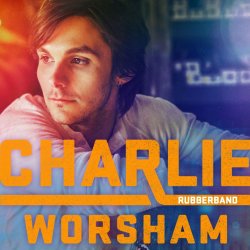 I was thoroughly charmed by Charlie Worsham’s debut single. And keen to see what the young Mississippian  would come up with on his first album.  the result is interesting.  While it’s not a traditional country record, it is a breath of fresh air in the rock and pop environs of modern country radio.  Charlie wrote all the songs with a variety of collaborators, many of them with his co-producer Ryan Tyndell.  He is a capable rather than outstanding vocalist, with a pleasant, rather light voice, but his songwriting and musicianship are both strong.

I still love the single, which makes a delightful opening to the album and remains my favourite track.  The following ‘Want Me Too’ is stylistically very similar with a bright youthful feel, prominent banjo, and strong harmonies on the chorus.   The lyric (once more about the early stages of falling in love) has an arresting opening,

But the darkness doesn’t last long, as a sunny attitude imbues the song; one feels quite confident that she will succumb to the protagonist’s charms.

There is a very youthful feel to the whole record.  I very much liked the folky and probably autobiographical ‘Young To See’, about seizing opportunities to experience life.  ‘How I Learned To Pray’ is a gentle ballad about finding God through first love which is rather sweet.  The more wistful ‘Mississippi In July’ also looks back to his teens and is quite atmospheric in an understated way.

‘Tools Of The Trade’ is a paean to making music, with some star guests: Marty Stuart and Vince Gill, on both vocals and mandolin/guitar respectively, and (billed only in the small print) Rebecca Lynn Howard on backing vocals.  It’s a bit heavier sounding than the remainder of the record, but still fairly rootsy.

‘Trouble Is’ is pleasant but unexciting, while ‘Someone Like Me’ is like early Keith Urban, with quite  a nicely written wistful lyric.  The one track I didn’t enjoy at all was the self-indulgent title track, which is repetitive and nonsensical lyrically, and really just an excuse for some experimental musicianship.

While not an essential purchase, this is a very pleasant sounding record with some decent songs.  it is very tastefully produced and mixed so that electric guitars and drums do not overwhelm everything else as they do on so many commercial successes.  I hope that this more understated and organic sound can find a space on country radio.