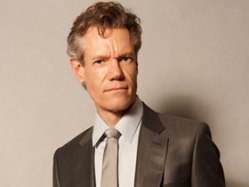 Our thoughts and prayers are with Randy Travis, who was hospitalized in Texas over the weekend after being diagnosed with acquired viral cardiomyopathy. More information is available at CMT.

Update 7/9/13: According to Randy’s publicist, the singer has not undergone surgery as was widely reported in the press today. He remains in critical condition in a Dallas hospital. More details can be found at USA Today.

Update 7/10/13: Doctors say that Randy’s condition has stabilized. Go to CMT for details.

Update 7/11/13: CMT is reporting that Randy has suffered a stroke as a result of congestive heart failure.

Update 7/12/13: The doctors are reporting that Randy is still under sedation and in critical condition as he recovers from surgery on Wednesday night. His family is asking for continued prayers.

Update 7/16/13:  Doctors at Baylor Plano Medical Center released a video update on Travis’ condition and are reporting Travis is “awake and alert and interacting with family and friends”. He will spend another couple of weeks at Baylor Plano before being transferred to undergo physical therapy.

One response to “Randy Travis hospitalized and in critical condition”