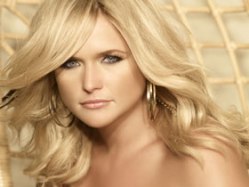 “Mama’s Broken Heart” was written by some of my favorite songwriters currently working in Nashville. Shane McAnally and Brandy Clark have co-written a handful of my personal favorites in the past few years – LeAnn Rimes’ “Crazy Women”, Reba McEntire’s “Cry”, The Band Perry’s “Better Dig Two” – and the song’s third co-writer Kasey Musgraves is currently on the charts with one of the best country singles in the last ten years. When you figure in the reigning three-time CMA Female Vocalist of the Year Miranda Lambert singing their words, this single is off to a running start with a considerable pedigree. And it almost lives up to all that promise.

Synthetic rhythms and sliding guitar licks frame Lambert as she sings the cheeky verses  – “Word got around to the barflies and the baptists/My mama’s phone started ringin’ off the hook” – that tell of a girl wearing her heartbreak on her sleeve and reacting to it with less than the southern gentility with which she was raised.  It’s off to a good start. But wait for the Wall of Miranda Lambert Sound to blight an otherwise flawless record. The song’s plot is salvaged because the verses are kept to a bare-beat minimum, allowing the quick-on-the-trigger lyric the first draw. Too bad the chorus is beat and whipped until any remnants of what was probably a sweet little melody are long gone.

Production missteps aside, “Mama” will inject a much-needed bit of sinister excitement to country radio’s drab playlists. This is a good thing.