Leave a comment Posted by Occasional Hope on May 17, 2012 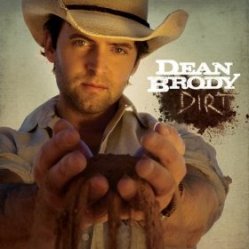 Canadian Dean Brody’s third album sees him building on his past work with a few moves in new directions.  He wrote all the songs, with pretty good results, but his main strength is his voice, which has a quite delicious tone which can elevate mediocre material and make it listenable.

For instance, the title track, a co-write with Nashville-based songwriters Marty Dodson and Jimmy Yeary, is a pleasant sounding but lyrically unmemorable about the joys of mud, from childhood to romance with a female rodeo rider, and ending with an oddly cheery anticipation of the grave.  The vocal, however, makes it far more enjoyable than most country living songs.  ‘Rural Route #3’ is an affectionately delivered tribute to rural living which is better than most of its kind because it is detailed enough to feel real, and deeply rooted in personal experience, and once more a beautiful sounding vocal.  ‘Canadian Girls’, while not particularly interesting, is similarly precise, with his portrait in the verses of a specific girl who grew up watching hockey and playing winter sports before veering off in the chorus into something more general.

Dean’s voice sounds lovely on the pretty ‘Underneath The Apple Trees’, a wistfully sweet invocation to an undiscovered future love, which is one of my favorites.  ‘Flowers In Her Hands’ is also charming, a story song with a delicate arrangement about a childhood friendship which grows into love (although he has trouble saying the words) and eventually tragic loss.  ‘Nowhere USA’ is a more mysterious and dramatic story song with an armed woman who picks up a man on the highway.

In the mildly amusing ‘That’s Your Cousin’, a potential new romance is thwarted when a young courting couple find out they are distantly related.  An alarmed father warns them,

You don’t wanna go swimmin’ in the same gene pool

The shock news “broke the law of attraction almost instantly”.  In the coda, the girl ends up deciding international online dating is the safest option.

‘Losing My Balance’ is an attractive sounding but somewhat fillerish contemporary country love song.  The conversational ‘The Sleeping Bag Song’ sets up a weekend campout to revive a tired romance, and is okay.  ‘Bob Marley’ is less successful, with a meandering melody and uninteresting lyric about bonding with a grandmother.

‘It’s Friday’ is a cheerful Celtic drinking song featuring rough-edged fellow-Canadian folk rock band Great Big Sea, about partying at the end of the working week, which is fun and an unexpected change of pace.

The songs are good, but Brody’s voice is what really sets this album apart.