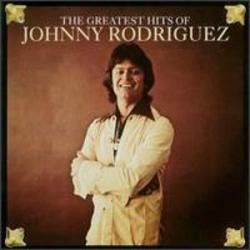 For part six of this series, as always, just some songs I liked, one song per artist, not necessarily the biggest hit, (although I feel free to comment on other songs by the artist).

Prior to this, Eddie was known, if at all, as a songwriter. This record got to #12, but did better than that in some markets, and gave Rabbitt his first significant hit. The next song “I Should Have Married You” got to #11; after that the next 33 singles would crack the top 10 with 19 of them getting to #1 on either Billboard and/or Cashbox.

The title track of a 1972 Waylon Jennings album, for some reason RCA never issued the song as a Jennings single, although it got considerable airplay (it didn’t chart because Billboard did not track non-singles airplay at the time). Jimmy’s version was good (Waylon’s was better) and got to #80, his only chart appearance.

Eddy’s second chart single reached #46 and became a #1 record for Conway Twitty in 1982. It took Raven eight years and 16 singles to have his first top 10 hit. Can you imagine any artist being given that much slack today

Susan Raye had the Buck Owens organization behind her, was very pretty, and sang well. Despite those advantages, she never really became a big star, probably because her heart wasn’t in it. This song got to #9, one of six solo top tens she was to enjoy. In theory “(I’ve Got A) Happy Heart” was her biggest hit, reaching #3, but she got so much pop radio action on “L.A. International Airport” that it sold a million copies.

This song dates back to pre-WWI vaudeville and Bert Williams. During the 1940s Phil Harris had a major hit with it. Jerry’s version was the B side of “Amos Moses” but there were some radio stations that initially played this side of the record until the huge pop chart action forced them to play “Amos Moses.” “Amos Moses” charted at #16 country and #8 pop, with the B Side as a tag-along. Cashbox charted “The Preacher and The Bear” as the main side, having it reach #25 on the country chart. Jerry Reed passed away a few years back but he was a dynamite songwriter, and there were some serious musicians (Chet Atkins among them) who regarded Jerry Reed as the greatest guitar picker ever.

By 1971 Del was already over the hill. This quasi-gospel song reached #33.

By the time this song charted, Reeves was already 10 years dead. He had 80 chart records–thirty-four posthumously. Twenty years after his death he had the #1 pop album in the U.K.  Jim Reeves is forever.

Nice cover of a Vanity Fare pop hit. Jack was an excellent singer who never got any traction. This song got to #12 making it his biggest hit of the 1970s.

Ronnie Reno, the oldest of banjo great Don Reno’s sons, was a vocalist for the Osborne Brothers and also spent seven years as part of Merle Haggard’s Strangers. This Merle Haggard composition did not chart for Reno, but it was an excellent recording that received heavy airplay in some parts of the country.

Better known as a songwriter, this was Bill’s biggest solo hit, reaching #33. This song was never a big hit for anyone, but it was recorded by many acts as an album cut, and the Carter Family (Mother Maybelle, June, Helen, Anita) had a minor hit in 1972 under the title “Travelin’ Minstrel Band.”

Most of Bobby G. Rice’s hits were country covers of early 1960s rock & roll songs. This song was not a cover although it got covered many times by both pop and country acts. The song was Bobby’s only #1 record (#1 Cashbox/#3 Billboard).

Her biggest hit, reaching #25 Billboard/#16 Cashbox. Talented singer, but even in the 1970s physical appearance counted for a lot, and Sue was merely average in appearance.

The second living member elected to the CMHOF, cowboy movie star, now best remembered as John Ritter’s father. He sang the title tune in the soundtrack of the movie High Noon.

Not the same song as the George Strait hit of the same title. This is the grim story of a man scheduled to die in the electric chair.

The first big hit for ‘Little John’, the first Latino country star and a fine singer. This song was written by Hillman Hall, who was Tom T Hall’s brother.

David Rogers had the talent to be a major star but not the necessary luck. This song was a remake of a Donnie Owens pop hit from 1958. It reached #9 for David, becoming his biggest hit of thirty-seven charting records.

This #19 hit got Kenny’s foot in the door with country radio.

Her only #1 solo country hit. Nice up-tempo remake of an Everly Brothers classic.

One-time husband of Vickie Lawrence, better known as a songwriter having written three massive pop hits “The Night The Lights Went Out In Georgia” (Vickie Lawrence), “Honey” (Bobby Goldsboro) and “Little Green Apples” (Roger Miller, O.C. Smith). While not a compelling singer, this paean to domestic life had a certain charm – it reached #24 country and #28 pop. This song essentially was a rewrite of his 1968 hit “1432 Frankin Pike Circle Hero.”

Johnny’s only chart topper (#1 Cashbox/#4 Billboard) as a performer, I kind of regard this song as my theme song. I always liked Johnny Russell as a singer and as a songwriter (“Act Naturally,” “Got No Reason Now For Goin’ Home”).

Ryles makes a good living as a session background singer in Nashville. This was his biggest country hit, reaching #5; however 1968’s “Kay” sold more records due to heavy pop airplay and exposure.

This obscure song is my favorite Ray Sanders song. Sanders issued several albums and CDs but this song never made it on one of them. That same year, he also had the best version of “All I Ever Need Is You” which was a pop hit for Sonny & Cher.

Instrumentals rarely get very high on the charts, and this one was no exception, reaching #74. Earl is still alive and at 85 years old is still one heck of a picker.

Her last top ten hit, this song uses the same melody as “Red River Valley.” Jeannie’s career started off with a bang when “Don’t Touch Me“, penned by then-husband Hank Cochran reached #1 on Cashbox, and won many honors, but a chart career lasting thirteen years, Jeannie scored only four top ten hits in her twenty-seven chart records.

The original recorded version of this song, I much prefer her version to the later Cristy Lane hit. This version may have actually sold more copies as it got significant pop radio airplay reaching #37 on the pop charts. As a country hit, Billboard had it get to #19 whereas Cashbox had it reach #8 for two weeks.

Lowell Haggard brought Kenny to his brother Merle’s attention, and while Kenny scored no major hits, both Haggards thought him to be a fine singer, an assessment with which I agree.

Another Bakersfield artist, this rather silly song was one of only two top 20 songs for Sessions, who toured at various times with Buck Owens, Merle Haggard and Glen Campbell.