Single Review – Lady Antebellum – ‘Dancin’ Away With My Heart’

Leave a comment Posted by Jonathan Pappalardo on January 5, 2012 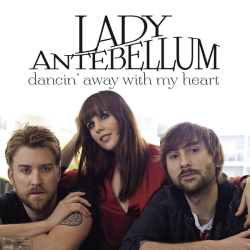 On the third single from Own The Night Lady Antebellum reunites with Josh Kear who helped them pin “Need You Now.” It’s an attempt to rekindle the fire of their signature song.

As the story goes, it’s about a couple that lost touch after high school only to meet up years later. It’s as if no time has passed and all the feelings from when they were eighteen come rushing back.

The gently rolling soft drums and guitars aid in wrapping the story in a sweet romantic comedy-like vibe that perfectly complements the back and forth between Charles Kelley and Hillary Scott. Their roles in this love story are believable because of their sincere conviction. They play these characters very well.

With so much working in their favor, why did “Dancing Away With My Heart” have to go so wrong? The lazy songwriting and inability to fully flush out the details of this reunion display a complete lack of effort. There’s no mention of where this chance meeting is taking place. Are they attending a high school reunion? A mutual friend’s wedding? Did they know each other would even be present?

So much time is spent drilling in the fact they haven’t seen each other in ages that they forgot to fill us in on the details that took them from college until the present moment. It’s frustrating that they would leave so many important details unanswered.

They should’ve followed Reba’s lead. She got every detail right when she tackled the same theme in 1995.