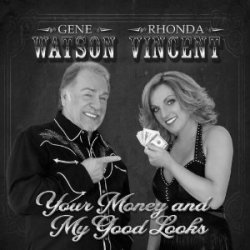 2011 wasn’t the best year for country, but there was still some very good music to be found if you looked for it.  Just missing the cut for my personal top 10 were fine records by the excellent Sunny Sweeney, country chart debutant Craig Campbell, independent artist Justin Haigh, blue collar bluegrass newcomer Scott Holstein, the compelling close harmonies of the Gibson Brothers,  and an enjoyable if not groundbreaking live set from Amber Digby which flew under the radar.

So what did make my cut?

One of the most reliable voices in country music for the past three decades, Strait is back with his best release in several years.  The best cuts are the outstanding exploration of alcoholism, ‘Drinking Man’, and George’s version of the dark Jesse Winchester number ‘A Showman’s Life’ (previously recorded by Gary Allan).

There were a couple of mis-steps, but overall this record was the coming of age of LeAnn Rimes.  A return to her country roots which enabled her to show the maturation of her voice and interpretative ability, on a  project produced by Vince Gill.  Best moments are a gorgeous version of ‘Help Me Make It Through The Night’, Hag’s ‘I Can’t Be Myself’, and an unexpected triumph with the George Jones ‘He Stopped Loving her Today’. This is the LeAnn I hoped would eventually develop back when she made her debut.

An impressive release from one of the best young songwriters around in the Texas troubadour tradition.  Highlights are the honest soul-baring regrets and hopes of ‘Chances Are’ and ‘Hide Me’, the touching half-spoken ‘Grateful For Christmas’, and the raucous ‘Hard Out Here’.  His vocals aren’t the best around, but they work extremely well interpreting his songs.

Some of the best story songs of recent years strike a timeless note.  Highlights include the writer’s own version of the modern classic ‘Sometimes A Man Takes A Drink’, murder tale ‘Justice For Willy’ and the sardonic ‘Brown Check’.

Connie’s voice has thickened since her heyday, but she is still an exceptional emotional interpreter, and husband Marty Stuart has helmed an outstanding set of material.  The best tracks are ‘Ain’t You Even Gonna Cry’, ‘A Heart Like You’, ‘That Makes Two Of Us’ and the title track.

A charming bluegrass set of mainly self-composed by the always underrated Leona.   Highlights are the heartbreaking  ‘Come To See Me Sometimes’, the very traditional country ‘Mama I’ve Got To Go To Memphis’, and the optimistic take on hard times, ‘The Good Times Are Ready To Come’.  Leona’s sweet voice (perhaps not quite as good as at its peak but still honey-sweet) and emotional interpretations of her own excellent songs made this a highlight of my listening year.

My favourite bluegrass album of the year came from the little known Cumberland Gap Connection.  Lead singer Mike Bentley’s agreeable smooth tenor is the band’s biggest selling point, but the musicianship is accomplished and the songs of a uniformly high quality.  Highlights are ‘Dance This Way’, Bentley’s ‘Waiting At the Harbor’ and Steve Gulley’s lovely ‘Let’s Find A Way’ (on the same theme as the Brad Paisley/Carrie Underwood hit ‘Remind Me’ but so much better).

Vince is back with a joyful mix of country and more contemporary sounds, striking just the right balance and just short of his very best.  Beautiful vocals, brilliant guitar playing, and a fine group of songs written by the man himself.  Best tracks are ‘If I Die’, the very 70s stylings of the tragic true story of ‘Billy Paul’, and the sexy ‘Lipstick Everywhere’.  This is a record which really deserves the mainstream exposure it would have had 10 years ago.

One of my all-time favourite artists is sadly showing signs of vocal deterioration, but it was still great to have him back on record, and he still has vocal character.  It is marred (and dislodged from the top spot on my list) by some sub-standard collaborations, such as the infinitely disappointing duet with Brad Paisley and an enthusiastic but unsubtle performance from Carrie Underwood, but when it was great it was sublime.  Jamey Johnson and Shelby Lynne provided the highlights, with truly superb versions of ‘A Few Ole Country Boys’ and ‘Promises’ respectively both inducing shivers and two of the individual finest tracks of the year.  In a just world one of these would have won the CMA Vocal Event of the Year award and been nominated in the Grammies, rather than being completely ignored.  There was also some very good music from the tracks featuring John Anderson, the Zac Brown Band, Josh Turner, and Don Henley, and Kris Kristofferson and Willie Nelson’s threeway collaboration with Randy on ‘Road To Surrender’ is exceptionally effective in a world-wearied way.  Kyle Lehning did his usual reliable job as producer, and with 17 tracks you can overlook the ones which don’t work as well.

1. Your Money And My Good Looks – Gene Watson and Rhonda Vincent

A delightful collaboration between the golden voiced and evergreen Gene Watson and bluegrass’s brilliant Rhonda Vincent on a vivacious set of material old and new.  Highlights include the new Jimmy Melton-penned ballad ‘Gone For Good’; ‘It Ain’t Nothing New’, which Rhonda cut when she was trying to be a mainstream country artist in the 90s; an old Gene top 10 hit ‘You Could Know As Much About A Stranger’; Vern Gosdin’s hit ‘Til The End, also recently revived by Alan Jackson and Lee Ann Womack and perhaps the best known song on the collection; and ‘This Wanting You’, cut by T Graham Brown in the late 80s.  Emotion-filled and beautiful vocals from both singers, excellent songs, and lovely traditional country production from Rhonda’s husband Herb Sandker make this an essential purchase.