Album Review: Vince Gill – ‘Turn Me Loose’ and ‘The Things That Matter’ 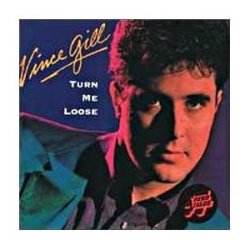 In the early and mid-80s RCA Records used the “mini album” or an EP consisting usually of six tracks, to introduce new acts. The mini album was usually followed by a full-length LP once the artist had his or her breakthrough hit. Vince Gill appears to be one of the rare instances in which an artist released two consecutive mini albums. Due to their brevity, both will be discussed in a single article. Both were eventually released as budget CDs in the mid-90s. I believe, but am not positive, that both albums originally consisted of six tracks; however the CD reissues consist of eight tracks each.

Turn Me Loose was Vince’s major label solo debut, released in 1984. It was produced by Emory Gordy, Jr. and contains six of Vince’s original compositions. The lead single; however, was not written by Vince; it was a cover of Delbert McClinton’s “Victim of Life’s Circumstances”. The upbeat number allowed Gill to demonstrate his considerable skills as a guitarist and seems like the perfect vehicle for introducing a new artist to radio listeners; however, it stalled at #40. The follow-up single, “Oh Carolina”, a beautiful ballad enhanced by Emmylou Harris’ exquisite harmony vocals, fared a little better, reaching #38, while the title track, one of Gill’s original compositions, reached #39. Both “Oh Carolina” and “Turn Me Loose” suffer from production (synthesizers and drum machines, respectively) that sounds somewhat dated today, a flaw that is easily forgiven because the vocal performance on “Oh Carolina” is so great, and because the title track, though lyrically light, is one of those tunes on which you just can’t help tapping your toes and singing along.

“Waitin’ For Your Love” is the album’s sole throwaway track. The upbeat “Don’t Say That You Love Me” which Vince wrote with Emory Gordy, Jr., is quite enjoyable, and the album’s three remaining tracks are all outstanding. On “Half a Chance”, “Til The Best Comes Along”, and “Livin’ The Way I Do” all showcase Vince’s more traditional side, with “Til The Best Comes Along” being the best of the three.

All in all, Turn Me Loose was a solid debut effort from a promising new artist. Despite its disappointing commercial performance, it impressed enough Academy of Country Music voters to allow Vince to take home the Best New Male Vocalist trophy in 1984. 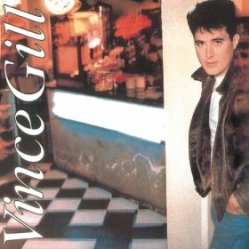 The Things That Matter, released in 1985, hasn’t aged quite as well. Though once again produced by Emory Gordy, Jr., the album leans more towards adult-contemporary, which has always been a perilous path for Vince, as his middle-of-the-road material tends to be quite bland. Gill and Gordy appear to have made a conscious effort to move towards a more pop-oriented sound. Unfortunately, what seemed contemporary and cutting edge at the time sounds pretty out of date today. The album’s first three tracks, “She Don’t Know”, “With You” and “Savannah (Don’t You Ever Think Of Me)” — all written by Vince are all rather lackluster. Ditto for the Dave Loggins-written “Ain’t It Always That Way”.

That’s not to say that there aren’t some gems to be found on the disc. “Colder Than Winter” is arguably the finest vocal performance of his career. “If It Weren’t For Him”, a beautiful duet written and performed with Rosanne Cash, was Vince’s first bonafide hit, peaking at #10, and “Oklahoma Borderline”, which Vince wrote with Guy Clark and Rodney Crowell, reached #9. Vince’s career finally seemed to be taking off, but the third single “With You” stalled at #33. He would reach the Top 10 only one more time during his tenure with RCA, with 1987’s “Cinderella”, but would not have any consistent commercial success until he signed with MCA near the decade’s end.

Why Vince didn’t enjoy more success during his RCA years remains somewhat of a mystery. It may simply have been a matter of not yet finding the right song, or he may have been the victim of record label politics. He was signed to RCA by Tony Brown, who departed the label before any of Vince’s music was released. It’s worth noting that Vince’s career took off big time once he teamed up with Brown again, after leaving RCA. His output during the RCA years was somewhat uneven, but much of it is still worth seeking out. Both Turn Me Loose and The Things That Matter are available on CD (though the latter is not worth the $26 price tag on Amazon). The Things That Matter is also available as a digital download. Additionally, most of the tracks from both albums are available on The Essential Vince Gill, which is a good overview of the RCA years.

Turn Me Loose: A –
The Things That Matter: B

One response to “Album Review: Vince Gill – ‘Turn Me Loose’ and ‘The Things That Matter’”