When most of us were still clumsy, horomonal teenagers, our high school English teachers drilled Mark Twain’s old adage “write what you know” into our heads as if the statement held some great truth, and Taylor Swift has certainly given the questionably sage advice new credibility with her music. After all, who knows more about the thunder and lightning in your head as physical attraction causes an ebb and flow of emotions than a 21 year-old woman, fresh from her teens and with enough life experience to recognize it as it’s happening? “Sparks Fly” isn’t propelled by an original idea like the singer’s recent singles – dropping everything for the passion of a sweet embrace is perhaps pop and country music’s most popular go-to place right now – but will stand up with the heavier-hitters in Swift’s catalog because the songwriter’s vocabulary has evolved to speak to her target audience instinctively. She’s singng about engaging green-eyed boys and fantasies of kissing in the pouring rain, being carried up the stairs, and so on. Add to that the engaging Swiftian melody, some really clever lines – “something that’ll haunt me even when you’re not around” is a personal favorite – and the stop and start production, where the electric guitar pounds as hard as the drums, and you’ve got a ready-made chart-topper. Even with lighter fare such as this, Swift demonstrates why she’s got the corner on the country-light market right now.

Another season, another country star/pop star collaboration for the radio playlists.  This time out, it’s Rascal Flatts teaming with British dance/pop hit-maker Natasha Bedingfield.  Katrina Elam and Mike Mobley’s lyrics offer a telling glimpse into the awkwardness two ex-lovers experience trying to keep their cool in a crowd of Friday night revelers.  It’s got more substance than “Don’t You Wanna Stay”, for instance, but to their credits, Aldean and Clarkson had the horse sense to limit their showboating to a realized final crescendo.  Here, LeVox and Bedingfield do a disservice to the true-to-life lyrics with their “I’m so deep, complex, and heartbroken this is the only way I can express myself” approach to performing the song. The pounding production tricks that work to punctuate the lyrics in the chorus do nothing more than ratchet up the pretentiousness of the affair by two, as swells of screaming electric guitars and an electronic drum machine frame the vocal antics.  They seem to have been going for over-the-top schmaltz, and they’ve accomplished that, but in the end, “Easy” comes off as “Picture” with an emo-sensibility. 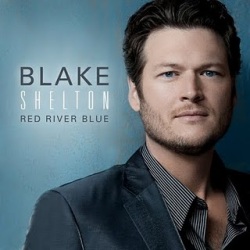 The first four lines to the CMA Male Vocalist of the Year’s latest single don’t signal a big love song is soon to come.  Those bits of self-realized honesty do serve to characterize the narrator, however, and lend an air of believability (not to mention leniency) to coming statements like “You’ll always be love’s great martyr/I’ll be the flattered fool/And I need you“.  Contemporary Christian artist Dave Barnes had a 2009 hit on the Adult and triple C charts with the song.  Shelton has injected his best matter-of-fact country boy vocal into the song, overcoming the smashing electric guitars and electric piano that lead the song.  “God Gave Me You” is a better offering from the singer than his previous four consecutive chart-topping singles, and will earn its eventual place at the top.