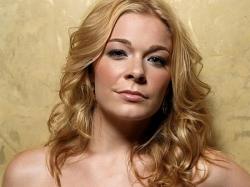 Her public image may have been tarnished by scandal in recent years, but LeAnn Rimes hasn’t failed to turn out artistically strong music worthy of heavy rotation status on country radio. And judging by her new single, the hot streak continues.  “Give” hardly breaks any new ground and with a predictable pop-country arrangement sticks close to the musical style that built her career in the mid to late 1990s. The mix of piano with flourishes of steel guitar showcase the power in her voice better than either of the previous singles from her still-unreleased Lady and Gentlemen album.

Musically, this is the LeAnn Rimes the world fell in love with and stands the best chance of turning positive attention her way. She’s a fantastic singer, and the fullness of her abilities is on display here. The production in the chorus may be a little dense, but it adds the power ballad effect she’s after here.

If fans can forgive her personal dramas, “Give” could be her biggest hit in a long, long time. It fits in with the kind of songs country radio is playing right now and would be in good company next to Lady Antebellum’s “Just A Kiss” or anything by Carrie Underwood or Taylor Swift.  The only downside to the single is the irony in the story. She’s asking people to forgive, forget, and show a little kindness, which at one point would’ve been inspirational, but now comes off as self-pandering. It’s as though she’s begging us to forgive her, by pleading to us through song.

If the lyrics didn’t mirror her personal life so closely, then it would be easier to separate the two and judge her on artistic merit alone. And if anyone else were singing this song, it would be a slam-dunk. But to hear it from Rimes is to listen to a woman realizing her faults but not quite sure of how to make the proper amends with the audience she’s let down.