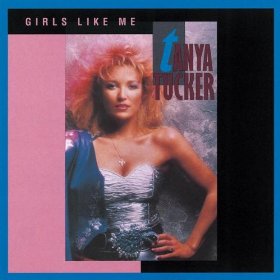 In 1982, Tanya Tucker left MCA Records and signed as the new flagship artist for Arista Records, which was trying to break into the country market. There were no other country artists on the label at the time, and Arista had no infrastructure in Nashville, so it was poorly equipped to market country music. The album, 1982’s Changes, was a commercial failure, producing only one top ten hit, “Feel Right”. Two subsequent singles failed to crack the top 20, and Tanya Tucker disappeared from the country charts.

After a three-year hiatus from recording, and now without a record deal, Tucker was ready to get back in the game, only to find that her partying lifestyle, and her highly publicized abusive relationship with Glen Campbell from a few years earlier, had taken their toll on her reputation. No one in Nashville wanted to have anything to do with her. Even Billy Sherrill, the man who had discovered her, refused to help.

Fortunately for Tanya, Jerry Crutchfield, who had produced some of her early albums for MCA, was willing to help her obtain a new recording contract. Mercury Records was willing to offer her a contract but was unwilling to provide a sufficient budget to make a first-rate album. Crutchfield fared better when he approached Capitol Records. After a lot of persuading and negotiating, Tanya was signed to a contract with Capitol, but it was only a one album deal. This was the album that would make or break her career.

Fate was on Tucker’s side, because the album that resulted from this contract was 1986’s Girls Like Me, which revived Tanya’s career and set the stage for her to become one of the top female acts in country music for the rest of the 1980s and 1990s.

Her first single for Capitol was “One Love At A Time”. It was radio friendly and her most solidly country single in years. Written by Paul Overstreet and Paul Davis, who would go on to write many more hits for her, it peaked at #3 on the Billboard country singles chart. The second single, “Just Another Love” written by Paul Davis, went all the way to #1. By now, everyone knew that Tanya Tucker was back. Two subsequent singles also made the top 10; “I’ll Come Back As Another Woman”, a tale of a woman who vows revenge on the man who jilted her, peaked at #2, while the beautiful ballad “It’s Only Over For You” reached #8.

This was one of those albums that contained a number of tracks that were strong enough to have been released to radio, and if the album had been released ten years later, it likely would have spawned more than four singles. “Fool, Fool Heart” is a ballad similar in style to “It’s Only Over For You” and “Somebody To Care” is similar in style to songs like “Love Me Like You Used To” and “Strong Enough To Bend”, which would become big hits for Tanya in the future.

For years, the title track was my least favorite song on the album, despite having been written by the extremely talented Matraca Berg and Ronnie Samoset. It tells the story of a woman who’s been disappointed in love more than a few times, and though she fears that “maybe love was never meant to be for girls like me”, she refuses to abandon hope altogether. It is the least country track on the album; the production is more contemporary and the song has a slightly bluesy feel to it. As a result, it always seemed to be a little out of place on this album. It wasn’t until I was listening to it again to prepare for this review that I began to appreciate what a well-written and beautifully crafted song this really is, even though it is not as catchy and radio-friendly as most of Tucker’s other work.

Though not traditional country, the album manages not to fall into the trap of heavy-handed production that marred so many other 80s releases, much to the credit of producer Jerry Crutchfield. Girls Like Me peaked at #20 on the Billboard country albums chart, and although it did not earn gold certification, it is one of the most important albums in Tucker’s catalog, because it reinvigorated her stagnant career. Without it, her career would have been over, and the country music landscape in the late 80s and the 90s would have been much different and not nearly as enjoyable.

Girls Like Me is out of print in CD form, but it can be purchased digitally at iTunes or Amazon.