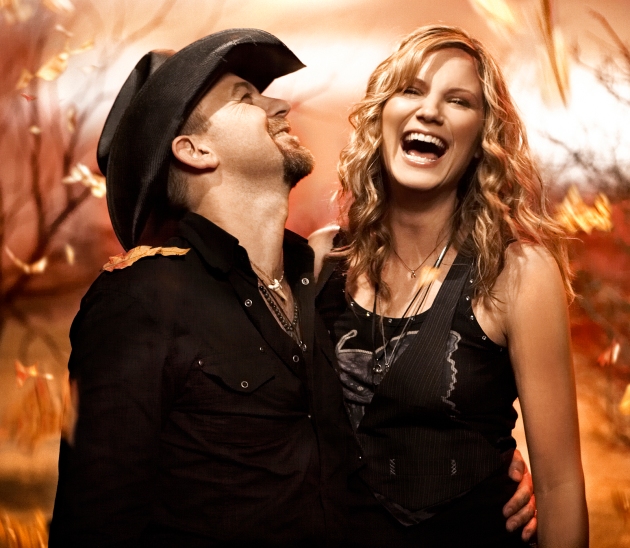 Sugarland seems to be easing into their role as country’s new “it duo”, slowly but surely edging out Brooks & Dunn and Montgomery Gentry via both album sales and radio success (Don’t believe me? Check out Country Universe’s Album Sales Update). They make random videos for non-singles (“Love”), don’t release any video for their latest chart-topper (“It Happens”) and they perform whatever song they want to on every awards show (“What I’d Give”). It’s like they don’t even have to promote their singles anymore, they just do whatever they want and are successful. Unlike fellow singers Kenny Chesney and Carrie Underwood, they really have the material that I feel deserves this success.

Now we know their upcoming single, “Joey” will be a success hot on the heels of three #1 hits, but is it any good? Well it’s a little bit of a mixed bag. The premise of the song is a good idea, of all the questions one asks when a loved one dies, wondering what could have happened differently:

The lyrics get a little repetitive but they get across the point, all the “what if”s that follow a tragedy. It’s an interesting concept and a cool way of not spelling out what happened. From what I can gather, Joey is the boyfriend of the narrator, and he dies in a car accident, possibly from being drunk and driving, but it’s not clear. One problem appears: it’s too vague. The writing of the song doesn’t tell us major details of what happened, we just get the grief of the narrator! We get little pieces of the story, but not all of it. Luckily this single should get a music video to illustrate more, but that really shouldn’t be necessary.

Unfortunately this song is a little repetitive with a chorus that gets the message across, but a little too simplistically. At the end of the song where it breaks down into “Joey/I’m sooooooo sooooorry…” over and over again, which is a little too much repetition for me. Luckily, the verses are meant to be the showcase of the song, not the chorus so it’s not a huge problem, but it’s still there.

Sonically, I love this song. Jennifer sings wonderfully with a less pronounced accent, and the pain of her performance really shines through. Unlike “Already Gone”, this song has a lot of harmony from Kristian, and it really works. The production is just right, with a great melody accentuated by the plucking guitar and medium drums in the background- just a great sounding song all together.

This song is different enough from Sugarland’s past 3 singles in theme and mood to really show off the sadder side of Love On The Inside, now they just need to release “Very Last Country Song” next… (If you haven’t heard “Very Last Country Song” yet, hear it now, here) Whatever they do, they can’t go wrong with their next single unless they choose “What I’d Give”- but this song is still great.