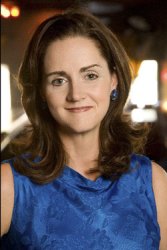 Leslie Sloan aka Miss Leslie has been playing country music for over 20 years. Last year, she released her first album of all original material – and all of it self-written. When I interviewed her, I found a woman who truly loves traditional country and has made it her goal to get that music out to as many people as possible.  Here, she tells us that country music isn’t dead – you just have to seek it out. Miss Leslie’s kind of country is a wonderful meld of cheating, drinking, and heartbreak songs, all performed with heavy doses of twin fiddles and steel guitar.  And she points us in the direction of several artists who are recording her kind of country, so we too can hear the moan of the steel and the cry of fiddle.

I’m fascinated that your introduction to music was through classical music and violin lessons. Your bio says you studied classical and bluegrass at the same time. At what point did you change directions toward the hard honky tonk of your music today?

I think that the 1980s turned my head towards country.  I fell head over heels in love with Ricky Skaggs’ country stuff.  I already loved his bluegrass albums with Ralph Stanley and Tony Rice.  But I fell in love with country when Ricky Skaggs went in that direction.  I was especially in love with Bobby Hicks’ fiddle playing.  He was … is amazing.  And that love affair just continued on – through George Strait and Randy Travis and the early Reba stuff.  And all of that led me back to classic country – which is where I had to stay when the 90s came along and the traditional movement went “Gone With the Wind” with Shania and the rock-n-roll country movement.

You hit the Texas honky tonk scene at 14 in a family group with your parents and brother and sister. What was that like?

I loved being onstage but I think that I didn’t fully appreciate everything.  I wanted to be a typical teenager and have weekends with friends but looking back, I’m glad I had the experience. I am one of the few people that can say that I shared my music onstage with my family.  And we still do today. That’s pretty cool.

And what would you say is the most valuable lesson you learned from that time?

At the time, I thought that music was about practicing and playing the “right notes” and having good technique.  Looking back, I now know that music is something that comes from a more genuine place inside – it is a way of expression.  People always tell me that they wish their parents would have made them play an instrument. I strongly disagree. Music should come from inside of you. If it doesn’t and you don’t have a pull towards it, then it means you’re supposed to be pulled towards something else.

This is the age-old question, but I have to ask.  You wrote every song on ‘Between the Whiskey and the Wine’.  Where do you get the inspiration for your songs?  Have you always written or was this a new experience for this album?

I didn’t start officially writing songs until 2005 before we cut “Honky Tonk Revival”.  I was always really underconfident about songwriting. I would make up songs as a little girl and one time I shared one. It didn’t get the response I was looking for, so I thought it wasn’t any good.  In 2005-2006, I went through a lot of personal turmoil, and these songs just came pouring out of me.  I write songs about emotions and experiences that I encounter every day.  Not mundane stuff – like shaving my legs or frying chicken. But stuff that comes from a little deeper down inside.

The themes of alcohol, cheating, and love gone wrong are all over this album too.  Are you writing from personal experience?  Does the creative muse in you just naturally churn out those kind of lyrics?

All of my writing is from personal experience of emotion.  Not all of the “specifics” are true.  Some of it is a little embellished – “You Left Me A Long Time Ago” came from a conversation with a guy friend who was proud of the fact that he never cheated on his wife.  But yet, he wouldn’t speak to her for weeks at a time.  I told the guy that he didn’t get any pat on the back from me.  Just because you weren’t sexually unfaithful, doesn’t mean that you were faithful. . . well in my book anyway. . . . So I didn’t write that about MY cheating on someone.  But then you have songs like “Honky Tonk Hangover”. And the stories in that song – well, I have to admit that they are all true.  (I could even introduce you to the guy that “bought me a shot (he held the lime)”. . . )

So, do you write all the time?  Are you writing songs for your next record right now?

I’m not sure how you would classify me as a writer. My good friend, Dallas Wayne, who is a great songwriter, encouraged me to write all the time – and write about anything. I just can’t do that. I have to write when I’m inspired. I know that that is limiting as a writer, but it’s just the way I am at this point in my life.  And I don’t record unless it’s time to capture songs that I have written.  So I’m going into the studio in March with about 22 tunes to record.  We’ll see what happens.
‘I’m Done With Leaving’ is my favorite track from the album.  From the twin fiddle intro to that last cry of the steel guitar, I think it’s brilliant.  Tell me about writing that one.
I was literally sick with the flu. I felt horrible and had a relationship issue to deal with. I was so tired of giving myself up for someone else and have them not care to try and reach out to me.  “I’m finally through with feeling all your pain that comes through the door you keep closing.”  And as far as the melody – that always comes into my head along with the words.  I’ve never written words and then put it together with a melody. I just don’t write like that.
Where did you record Between the Whiskey and the Wine?  And how was it different to go into the studio and record all-original songs? This was only your second studio album, right?
Yes, this was my second studio album.  We recorded it at Tommy Detamore’s in Floresville, TX.  I would have a hard time recording anywhere else. Vocals are very difficult to record.  It’s difficult to make sure that everything is in tune without sounding like you’re singing technically precise (in other words – you run a big risk of taking all of the emotion out of the singing).  Recording vocals at Tommy’s was a DREAM. I was able to convey my emotion without worrying about technical issues. He was amazing to work with.
BUT YES, there is a difference with recording original material. It is more emotional for me because I write about my emotions.  So there is an energy there that is difficult to find in most cover tunes. Not all – but most.  I listened to the playback of the last song I recorded the vocals for (”Love Will Find You”), and I cried.  It was the end of a journey for me and I loved how it sounded.  I’m not sure if I would have felt that way about an album of covers.

Reading your blog, I came across a quote that really spoke to me. You were talking about ‘the future of coutry music’ and said we ”have to place some responsibility on the country music fan. Why?  Because I DID IT. I gave up on country music. I accepted the fact that it was dead and I waited around for top 40 radio to play the real thing.”  I agree with you.  Because I did the same thing myself.  It wasn’t until I discovered independent artists such as yourself that my faith in country music was renewed again.  And it was Dale Watson you credit for showing you country music is not dead?

Yes. Dale Watson was the first artist that I had encountered that was playing real country music.  After hearing him, I discovered many other artists doing the same thing.  But Dale was the first country music I’d heard in probably 10 years.  But the truth of the matter is that my sister had begged me for a year to go hear him.  And the worse truth is that Dale had been playing around Houston for the entire time of that 10 years.  I can fault mainstream radio for not promoting roots country, but I can also fault myself for not opening my eyes to what was going on around me. I could have found roots country if I would have gone looking for it.  The good thing nowadays is that with the Internet it’s a LOT easier to find.

Was the Dale Watson concert the turning point for your music?  Or were you already playing your own brand of honky tonk at the time?

I had just started my band.  We were doing obscure covers – George Jones, Johnny Paycheck, Ray Price, Faron Young, etc.  Dale Watson’s music was truly inspirational.  I loved his original tunes as much as the classic covers that he did in his live show.  I don’t know that I aspired to sound like him, but I definitely looked up to him musically.  The turning point for my music was my songwriting. THAT changed everything for me.

One of your band members is a former member of Dale Watson’s band right?  Tell us about your Juke Jointers.

Ricky Davis played with Dale Watson for years, recording on most of his albums.  Prior to that, Ricky played with Gary P Nunn for several years.  Ricky has also played with many Texas artists such as: Tommy Alverson, Davin James, Larry Joe Taylor, the Derailers and Asleep at the Wheel. Ric Ramirez played upright bass for years with Two Tons of Steel.  Prior to that, he was with Wayne “The Train” Hancock and Terri Hendrix.  Timmy Campbell on drums has been an Austin staple drummer for many great Texas artists.

What I love about the Juke-Jointers is that they are great musicians that love country music as much as I do.  They have helped me make these songs what they are.

What other artists are you a fan of?  Mainstream and independent?

I’m assuming this is a question about contemporary artists becuase there’s a huge list of the classics that I could list.

Professionally, what goals have you set for youself this year?  Do you have any plans to release this album or possibly your next release on a major label?

My number one goal for 2009 is to get more fans.  I would love to both play music full time and/or release an album on a major label. But the reality of this business, is that those are goals that are more difficult to attain and, for some people, never attainable.  For now, if I can always say that my music is reaching more people – and those people dig it, then that is success enough for me.

If you’re interested in Miss Leslie and her Juke Jointers, you can get her latest album Between the Whiskey and the Wine for free from her website. And this is a real physical copy – not just digital downloads. Miss Leslie is so passionate about the modern honky-tonk classics she’s created, she is giving you the CD for free, you don’t even have to pay postage!  Just visit her official website.

Read Erik’s review of Between the Whiskey and the Wine.