These are my favorite album cuts from albums released in 2008. I decided to do it for all genres, but there are only 3 songs that aren’t country, so I hope you guys like it! (I also shortened my comments to just a few sentences.) 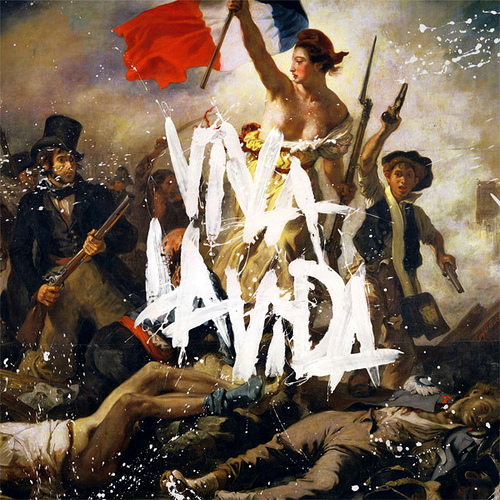 – The great looping guitar in the background with the hand claps makes this infectious track a great happy song. I know, “Coldplay on a country blog? What?”

– I just got this album the other day, and while the material was mostly mediocre, this song stood out. It’s her musical evolution, and she presses on, while her great vocal elevates it even further.

– My favorite from their album, this slow track is so gentle, it just sounds beautiful. The best word I can think of to describe it is “delicate.”

– A welsh pop/soul singer who is also nominated for a Grammy, she combines classic soul and a great voice to produce this track. I swear, she sings sad songs better than almost every mainstream country artist, and it sounds good.

– A song that mentions a husband killed in 9/11 and a comatose wife is bound to be terribly sad, but the duo explains the feeling that “It’s not that we can’t let them go, we just want to say goodbye.” The performance is perfect for this song.

– This Grammy-nominated R&B vocalist makes a list of all of her fears. She’s achingly revealing the innermost part of her fears, to show us that “Who ain’t human without fear?” Her stellar performance is perfectly accompanied by the great piano in the production.

– With Patty’s performance and Vince’s stellar harmony vocals, the heartbreak of her “Sleepless Nights” is tangible, and it sounds amazing to me.

– The one up-tempo track, driven by a great fiddle, manages to still be sad somehow. It’s a gem that opens the stellar album it comes from.

– Well I couldn’t pick between these two, so I chose them both. To go with a heartbreaking picture of a marriage about to break or a great and creative story song, I really couldn’t pick one.

– This song describes truth while telling a story at the same time. It’s the epitome of a great country song, not to mention one of Nettles’ best performances ever.